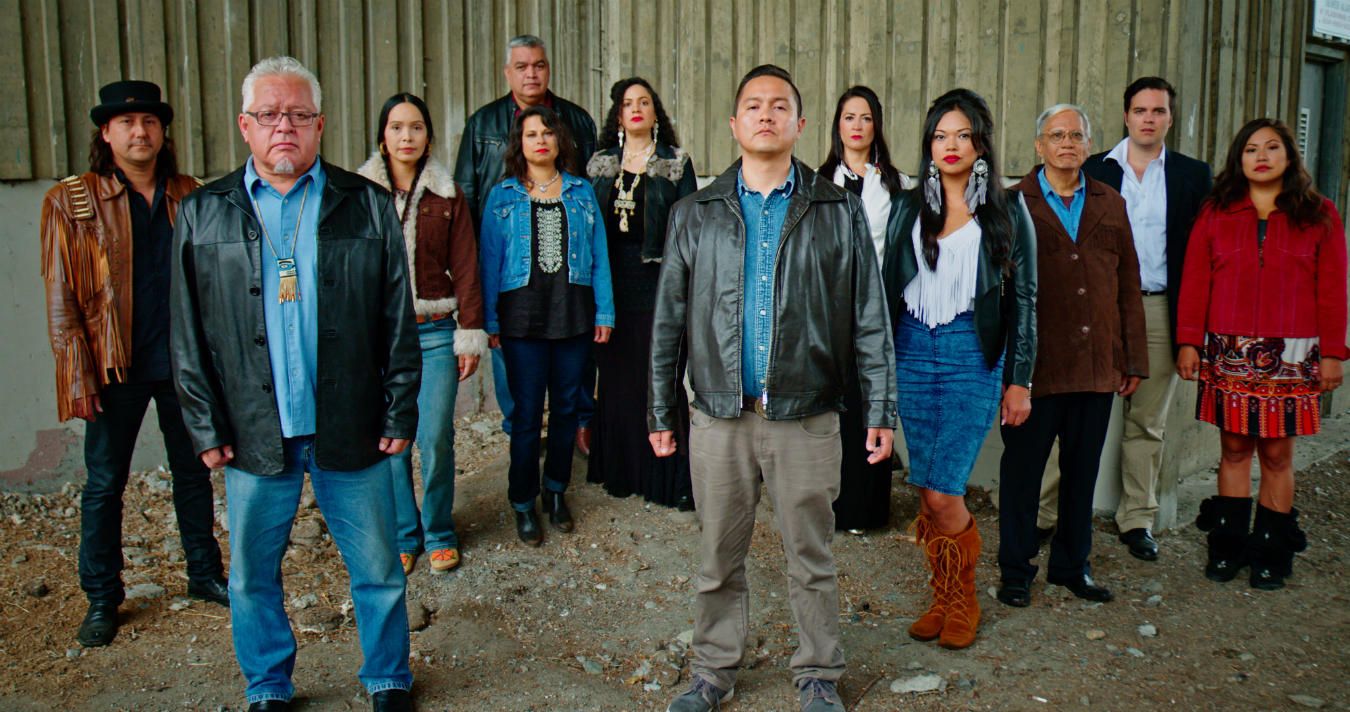 The cast of “The Road Forward.” Photo courtesy of the National Film Board of Canada.

North Vancouver’s Marie Clements has made a documentary film that has deep roots in the past, but looks to a future nourished by a community of voices that ring loud and clear. Her locally-made film, The Road Forward, uses newspaper clippings from the 1950s and ‘60s, along with many interviews, all interspersed with songs she wrote, or in some instances co-wrote. It is, in its totality, a powerful package that does not flinch from residential school history, the Highway of Tears, and other issues that face First Nations people in British Columbia.

It began as research. “I was reading folders and folders of actual newspapers. There’s something about actually handling a document, a paper—it was like partaking in communication the way it was done half a century ago,” Clements says on the phone from Toronto, where she is busy in business meetings ahead of her film bowing at the DOXA Documentary Film Festival in Vancouver (it shows May 4, 2017 at the Vogue Theatre and May 10 at The Annex). In the process, Clements started recognizing certain voices—particularly those of the Native Brotherhood and the Native Sisterhood of British Columbia, and the newspaper they made, called The Native Voice. Their efforts inspired her to write lyrics, and then in collaboration with artists like Jennifer Kreisberg and Wayne Lavallee, songs were created to provide not only a soundtrack, but actual narrative elements to the film. It became a kind of musical documentary. The highly talented Lavallee also composed the score.

Clements’s film uses several thoughtfully-designed, evocative, and patiently-paced set pieces to drive the story. Interviews with elders are a vital element as well, many of them recalling what life was like several decades ago, how far they have come, and how far they have to go. “I was inspired by those early activists,” Clements says. “It reminded me of how many stories we don’t know yet. I was completely seduced by that.” She recruited many people to help give her movie life, and in doing so helped create a mini community. “Bringing all these artists together was like what the Brotherhood and Sisterhood did, bringing different communities together,” she explains. They contribute to the film individually, and, in the finale, collectively, in a powerful collusion of voice and music.

The Road Forward is brave and unflinching, and plays much shorter than its actual running time; it is engaging on so many levels. This film is playing at Hot Docs Canadian International Documentary Festival in Toronto, and is part of a travelling series of documentaries, called Aabiziingwashi (#WideAwake): Indigenous Cinema on Tour. Because this film should be seen by all Canadians.