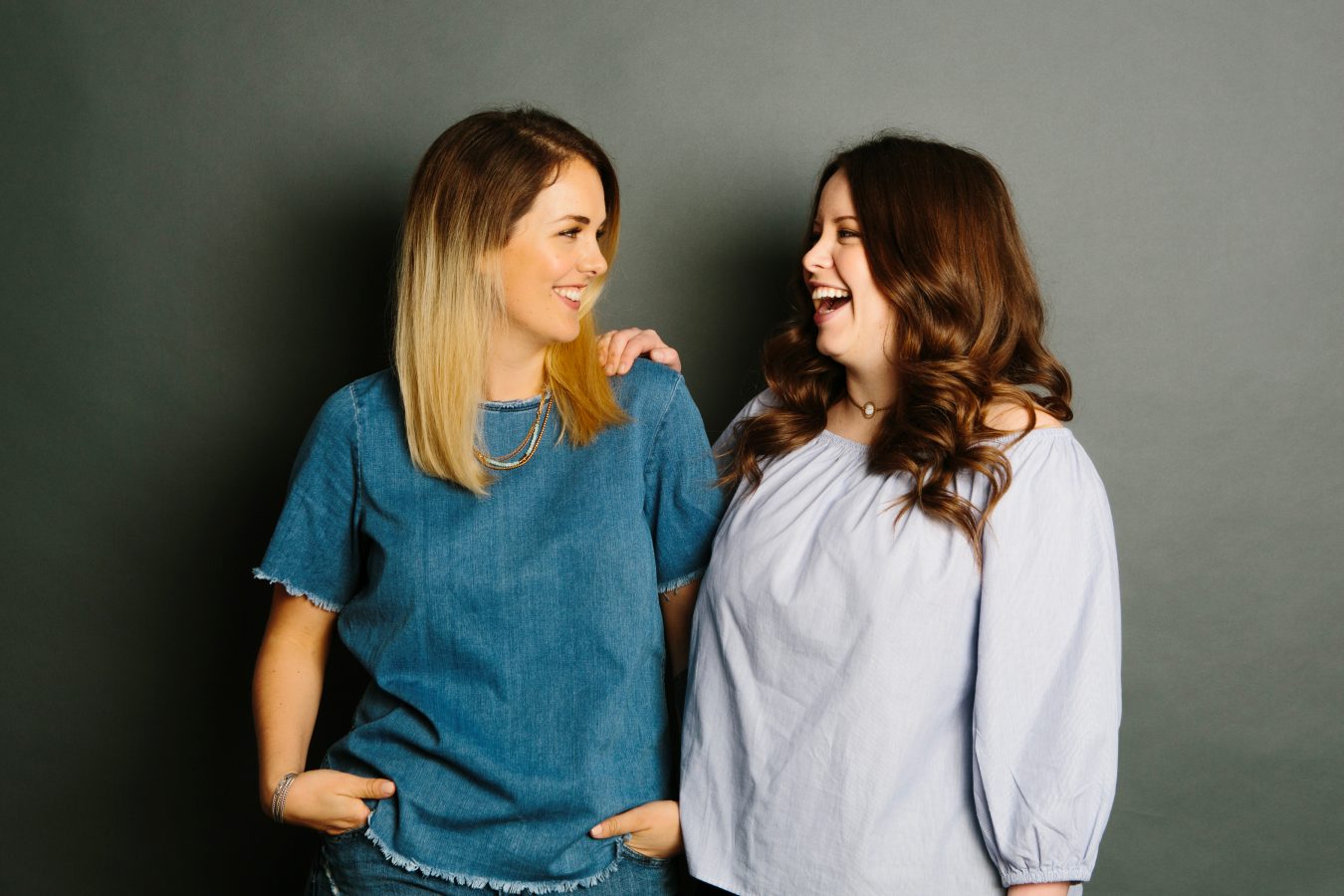 It all began with a doodle of a smiley face.

Tayler Rogers was working at Vancouver’s makeup store BeautyMark when in walked Kendra Lovick, who was looking for a job. “Kendra came in and dropped her resume off, I put a little smiley face on it because I really liked her,” Rogers recalls. “I told the managers, ‘You guys should hire her, she’s really cool.’”

Little did either of them know that one day they would be business partners, running the very shop that brought them together.

Sitting in the office of BeautyMark’s Pacific Boulevard location (which the store moved to a handful of years ago from its original home on Hamilton), Rogers and Lovick gab like the best of friends that they are. Their foundation of trust, built over time through working side by side, is what gave them the confidence to purchase BeautyMark from its original owner, Marc Brunet, despite not knowing a thing about how to run a business.

“We always used to bug Marc: ‘You should sell us the store!’” Rogers remembers.

“We always wanted to open a business together. We had all these crazy ideas,” adds Lovick. “We would go to the small business bureau and read books in the library.”

“Then one day Marc was just ready, he wanted to move on to the next chapter,” continues Rogers. “He told us, ‘Okay, you’ve been bugging me forever, the option’s there.’ And then four months later it was ours.”

That was five years ago.

While never losing sight of Brunet’s vision, Lovick and Rogers made two significant changes that have served the shop well: first, they filled the second floor, which had until then sat empty, with Varnish Nail Lounge and Collective Skin Care, making BeautyMark a true one-stop-shop for all things cosmetic; second, they shifted the focus to all-natural products. Today, the store continues to thrive on that model, selling the best in safe and hard-to-find beauty. From Tata Harper to Ilia to RMS, BeautyMark sources lines that people can feel good about putting on their skin.

“I think what we want to do is continue what we’re doing, and just do it as well as we can,” Lovick says of the future, adding that they are going to start carrying more local brands, including a new charcoal line of cleansers and soaps called Midnight Paloma. Beyond that, their priority is to keep creating a singular experience for anyone who walks through the door.

“With everything going online, it’s great, but there are some things you just can’t replace, like human interaction,” says Rogers. “People like coming to a place where someone knows their name and remembers what product they tried, and you can’t really replace that online.” Which is why the two spirited owners spend as much time as they can on the shop floor, chatting with customers who have come to know them personally and making sure that everyone feels their passion. Indeed, it is infectious; the duo, who both attended Blanche Macdonald for makeup artistry, play off of each other’s energy, their love and respect for each other glowing as they recall the early shop days.

“Social media has just changed everything,” admits Rogers. “I remember when Marc used to pay for radio ads!”

“I remember doing a voice for a radio ad—were you there for that?” Lovick says, and Rogers’s jaw drops. “No!” she says, laughing. “I had no idea!”

“I had to go the recording studio,” Lovick says.

“I had to keep doing it because I wasn’t sounding happy enough!”

“It was the worst time of my life.”

This is the kind of playful, uninhibited banter that occurs between the two women. They have an obvious respect and admiration for each other, and it only seems to get more intense as they continue on this path together.

“We’ve got such a good working relationship,” Rogers says.

With any other two people, that would seem like an exaggeration. But with these two, it sounds just right.