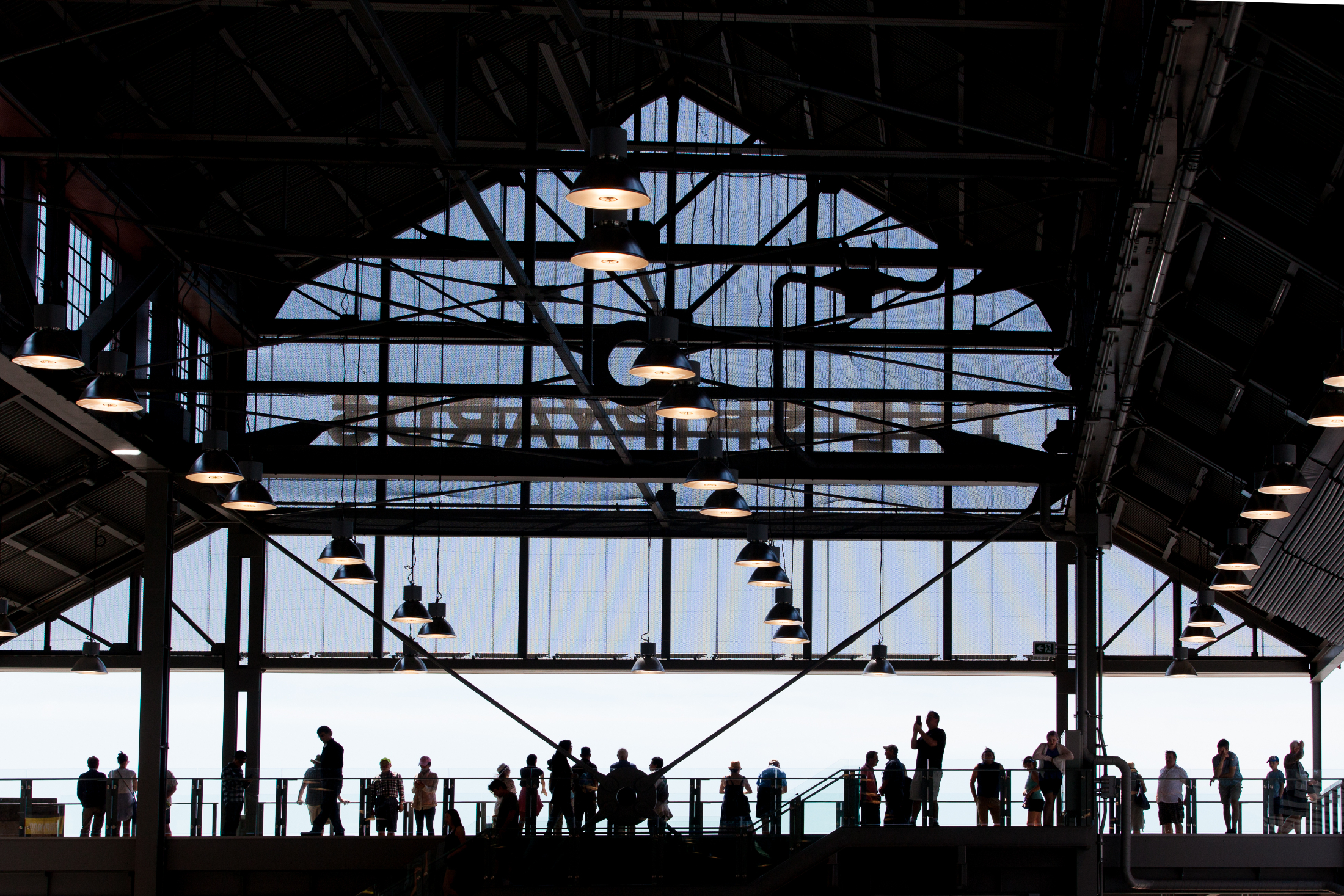 A strange sound is echoing from the North Vancouver shipyards, and for once it is not sandblasting. It’s the unmistakable hubbub of a crowd. In winter? Yes, and if your eyes are to be believed, this is the new normal.

North Vancouverites walking along the North Shore Spirit Trail would be forgiven for thinking they had stumbled into Granville Island or North Seattle, rather than this previously tired, worn-out, and uninhabited section of lower Lonsdale. Seemingly overnight, the sleepy suburb of North Vancouver has been given new life in the form of a multimillion-dollar development.

“Lot 5,” as it was called, has sprouted all the makings of a bustling square: café, restaurant, ice-cream parlour, hotel and, at the centre of it all, a multi-purpose area that serves as an ice rink in winter and water park recreation area in summer.

The 84,000-square-foot space marks the beginnings of a new community, one that both moves beyond the 1906 legacy of industrial dry dock and seeks to commemorate it.

Once upon a time, the area was a (quite literally) booming business of ship building and repair, owned and operated by the Wallace family. The Wallace Shipyard, as it was named, produced 109 of the 312 Canadian-made “Victory Ships” used in World War II, and after the war was responsible for fixing or replacing the ships lost to German U-boats. Entire sub-developments in North Vancouver—Moodyville for instance—were erected to house the thousands of workers flocking to the north side of the Burrard Inlet. In 1971, the family sold the business; the yards eventually closed entirely in 1992, and remained empty, save for film crews for TV shows such as Supernatural. 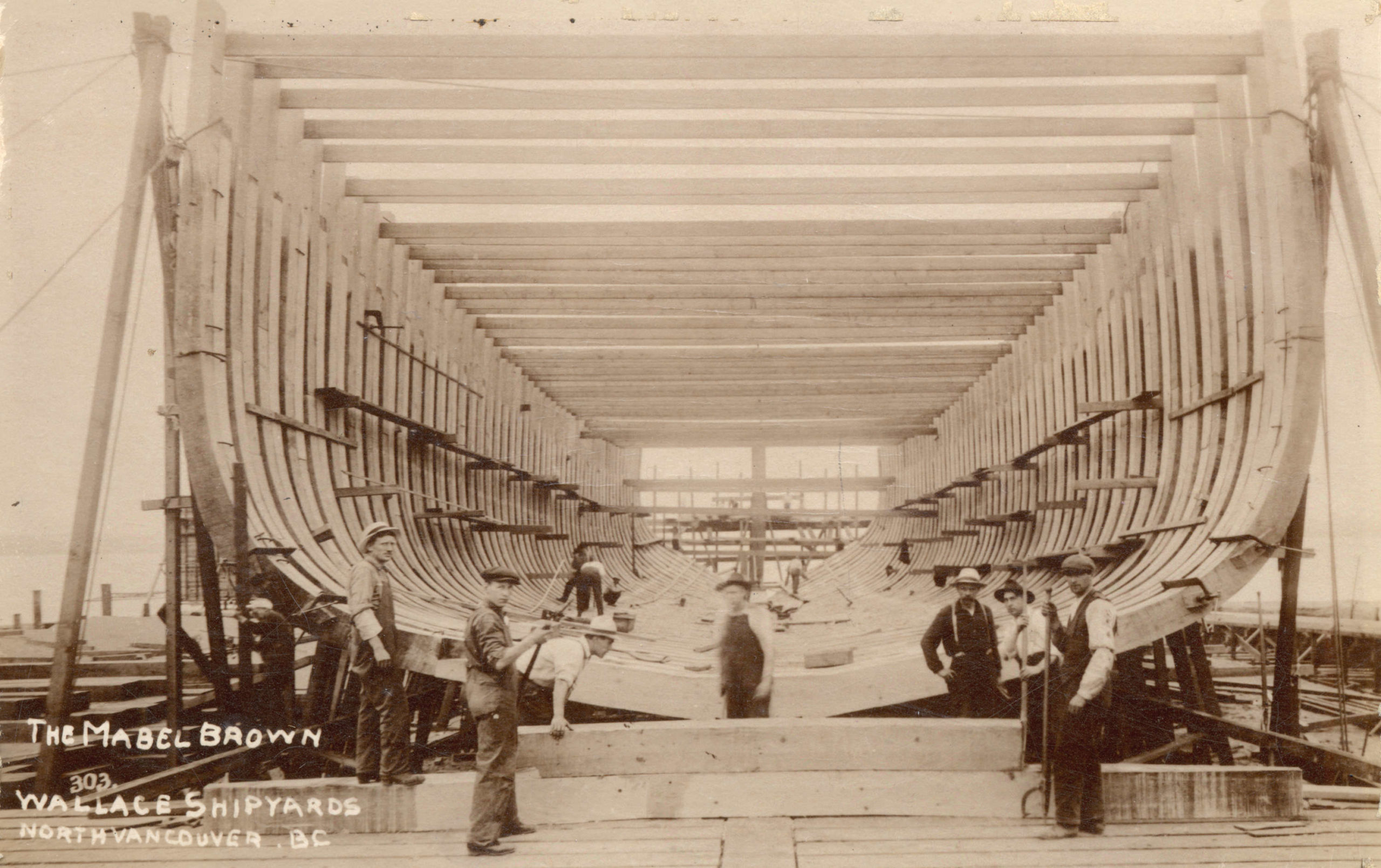 Or so it was until the City of North Vancouver Heritage Inventory identified the shipyards as a primary heritage site and plans were drawn up for redevelopment with preservation and homage to the historic buildings in mind.

Everywhere you look in the new yards there is a synthesis of landmark and modernity. The design by Dialog, the same architecture firm behind Granville Island, leans into the industrial roots with riveted steel and sawtooth metal roofing in muted ship-red and -blue colours while housing a new era of infrastructure for the city. 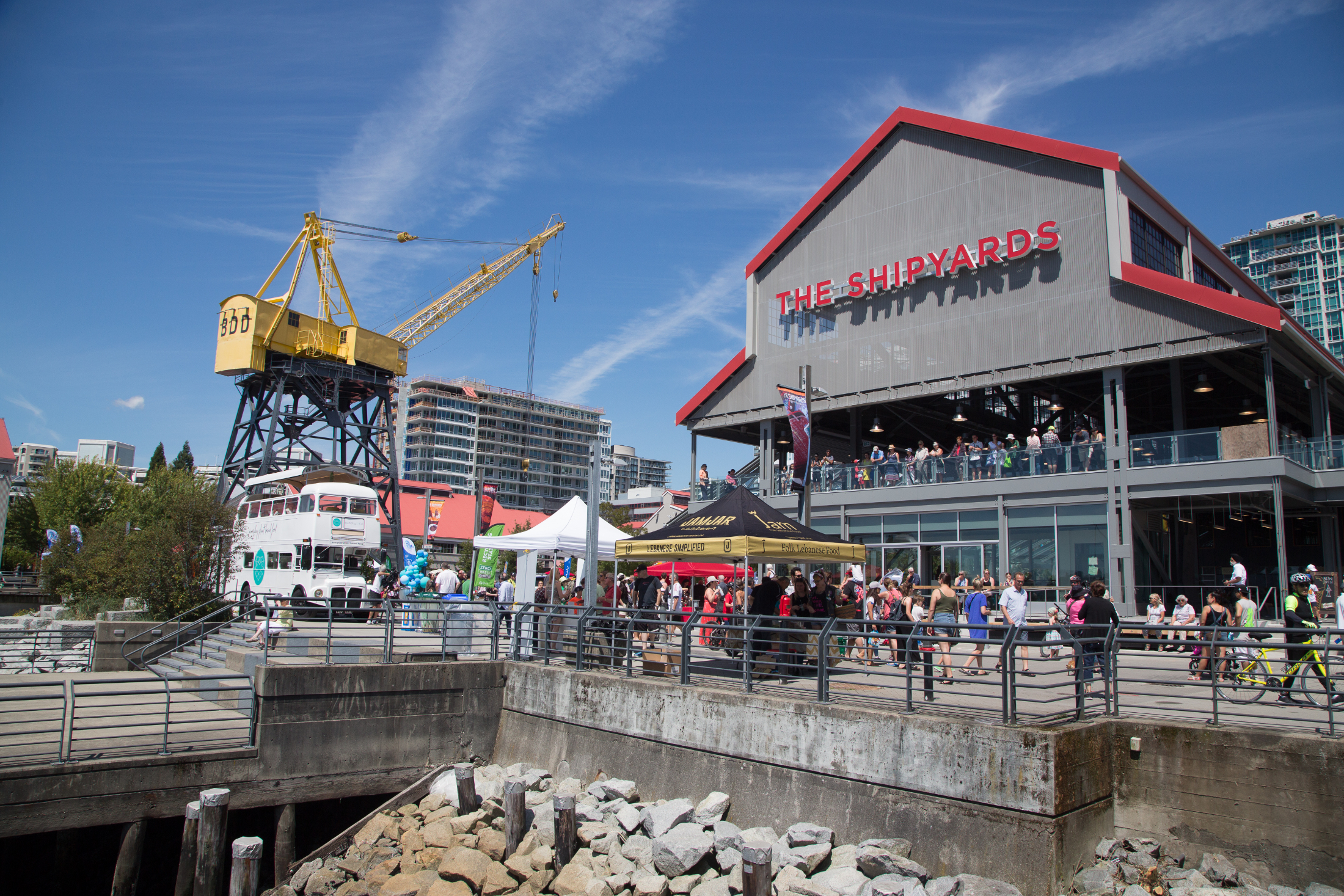 New businesses in the area have committed to each other, forming partnerships that emphasize new experiences for locals and visitors alike. The new boutique Seaside Hotel has partnered with Reckless Shipyards to offer bike and ski rentals, and with the Capilano Suspension Bridge to offer tickets as part of a hotel stay package. The Welcome Ice Cream Parlour, a local favourite on 8th Street, has found a new home in the development. The relationships are symptomatic of a need for a community of businesses as well as residents; there is a drive to succeed here that North Vancouver has not seen in a long time.

Strictly speaking, the revitalized shipyard held its grand launch back in July, but the openings have been staggered as each restaurant (Jam Jar Canteen, Cafè Artigiano, Joey Shipyards, Welcome Ice Cream Parlour, and Provisions) and shop (Reckless, Main Street Honey, and Larry’s Market) tentatively but hopefully forays into new territory. Joey Shipyards, which opened this week, is one of the last to open its doors and marks an unofficial new beginning of the area.

All this also coincides with the unveiling of the City of North Vancouver’s new logo, which will emphasize the North Shore as an adventure destination. One thing is for certain: what’s north of the Inlet is worth another look, whether for city dwellers hopping a Seabus north, or for those who already live here taking a second glance at our own backyard.