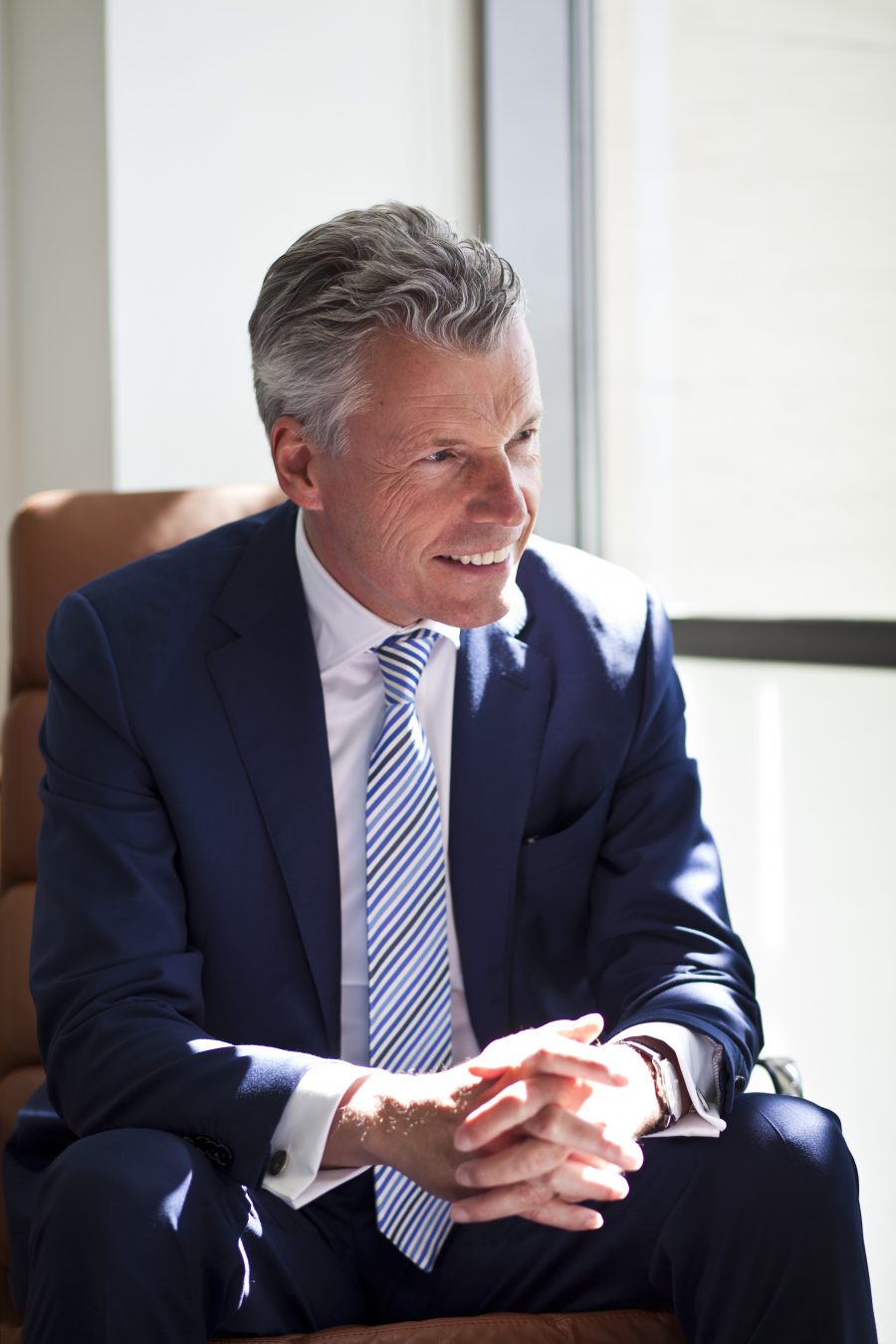 “If I blindfold you and put you in a Rolls-Royce, you will feel it,” says Torsten Müller-Ötvös, the CEO of Rolls-Royce Motor Cars. Sitting among a table of his associates in Vancouver’s new Rolls-Royce showroom off Burrard Street, Müller-Ötvös has just arrived from sunny Los Angeles where the team showed off the 2019 Cullinan, the company’s first sports utility vehicle. While Rolls-Royce’s quality, legacy, and poshness are indisputable, for Müller-Ötvös, it all really comes down to the sensation of driving, or riding in, one of its vehicles. “You will smell it. You will feel it,” he says. “You will hear it. And that’s a remarkable experience.”

Originally from Germany, Müller-Ötvös became CEO of Rolls-Royce in 2010, and since then has seen increased sales of the 112-year-old company’s product by 400 per cent. But that wasn’t without its challenges, such as dealing with the aftermath of the economic recession, and in the last few years especially, navigating a changing client demographic. “The whole way that wealth is being generated has changed within the last eight to 10 years in a massive way. It’s by far not any longer inherited money,” says Müller-Ötvös, who oversees image growth, business expansion, and brand modernization. “You’re talking to self-generated money. And what we also see is a much, much younger clientele.”

The average global Rolls-Royce owner has, according to Bloomberg, dropped down from 56 to 45 years old in the last seven years. No longer is the Britain-based, BMW-owned company primarily regarded as a service car for the aging and the stuffy, or for just the untouchable celebrity in North America. A new, younger audience has arrived, and it is looking for a progressive luxury car that continues to offer exclusivity.

“This has led to an expansion of our product portfolio,” notes Müller-Ötvös. He describes how the opportunity to customize the dashboard of the Phantom VIII (containing the world’s quietest motor) with the Gallery feature, a three-dimensional art display, was one place to start. “Many of our customers are collectors, [and we knew] that they would love to involve their own artists into customizing a Rolls-Royce,” he says. On top of that, the launch of the brand’s first SUV has provided another gateway for a new class of buyer.

“The next logical step was to offer a Rolls-Royce in a complete new field of activity,” Müller-Ötvös says, referring to the Cullinan, which had its North American launch in Vancouver in May 2018. Named after largest ever rough-cut diamond, the car has exceptional off-road capabilities great for Vancouver families looking to conquer new terrain without compromise. (A standout add-on feature is a set of seats and small table that pull out from the trunk, for what is sure to be one of North America’s chicest forms of tailgating.)

With Vancouver’s burgeoning penchant for luxury goods, it is no surprise that Rolls-Royce’s presence here is continuously well-received. But for Müller-Ötvös, the connection to the city (and the rest of the country) goes beyond the numbers. “Being a part of the Commonwealth, I think that’s one reason for the success of Rolls-Royce Motor Cars in Canada,” he suggests. In very Canadian fashion, the company is trying to be more environmentally conscious; its Goodwood factory opened in 2003 and is now known as one of the most sustainable buildings in all of the United Kingdom (over 60 per cent of the production material waste is recycled). “We live and breathe environmental friendliness down there in West Sussex,” beams Müller-Ötvös, referencing how the Goodwood headquarters has the largest living rooftop in England (eight acres of plants and other species); inside, a predominantly British staff of fabricators, technologists, and engineers use refined skills to create a single Rolls-Royce vehicle over the course of 800 days. “We, of course, cherish what Henry Royce and Charles Rolls told the world,” Müller-Ötvös continues. “And that is, ‘strive for perfection in everything you do.’”

Müller-Ötvös says this perfection will be applied to the company’s next big endeavour: putting something more sustainable on the road (the company already announced that within the next decade it will go into electric vehicles). But despite big changes, the Rolls-Royce experience, and legacy, remains unaffected. “These cars are made for handing them down even to the next generation. They are kept with families. When it comes to sustainability, it is one of the best investments you can make in terms of long-term quality,” Müller-Ötvös says. Canadian or British, millennial or over 60, the Rolls-Royce feeling is captivating. “Once you’re in this club,” concludes Müller-Ötvös, “you stay in this club.”