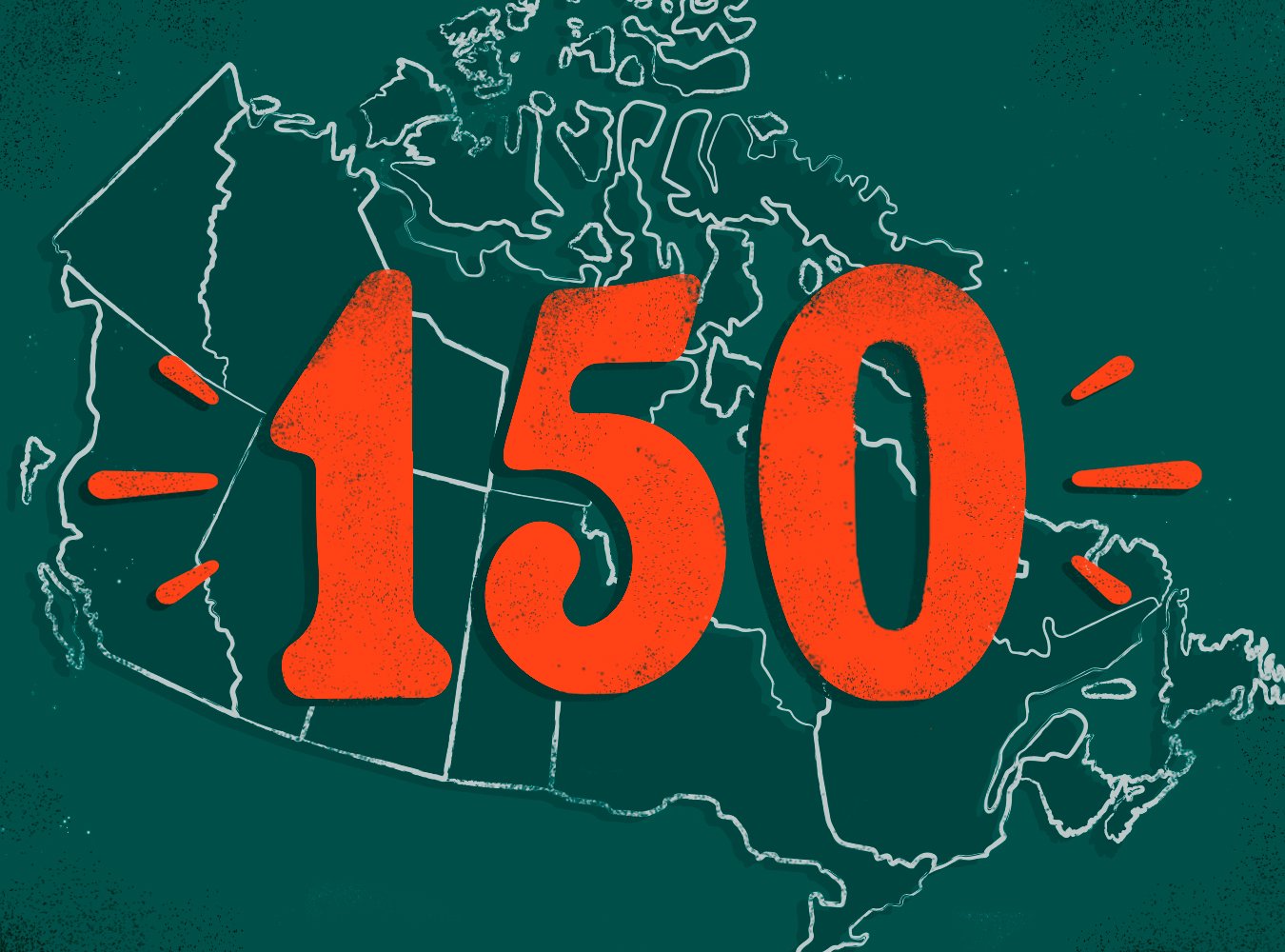 Now that winter is finally (hopefully) behind us, we can start thinking about the best things that come with summer: the sunshine, the days spent outdoors, the endless nights. Of course, this particular summer is decidedly special because 2017 is Canada’s 150th anniversary of confederation. Celebrations are happening across the country all year long; in British Columbia, a mixture of birthday-specific events and regular but aptly-themed programming provide a way for everyone to join in the festivities.

Included in the Discovery pass is free access to the country’s national historic sites and marine conservation areas. This includes Northern B.C.’s Chilkoot Trail National Historic Site of Canada, which follows a trail first used by the Chilkoot Tlingit traders and eventually by those involved in the Klondike gold rush. Or consider Fort Rodd Hill and Fisgard Lighthouse National Historic Site, located in Colwood. At Fort Rodd Hill, an artillery fortress active from 1895 to 1956, visitors can explore military command posts and bunkers; Fisgard Lighthouse, the oldest lighthouse on the West Coast, is also close to a unique meadow of Garry oak trees. Then there is the Fort St. James National Historic Site, restored and preserved as a great representation of Canada’s fur trade. And closer to home in the Lower Mainland is Richmond’s Gulf of Georgia Cannery National Historic Site, exploring Steveston Village’s fishing and canning history.

Also free for the public is BioBlitz Canada 150, a slew of events happening across the country’s green spaces designed to educate people about our biodiversity and natural history. In partnership with the Canadian Wildlife Federation, BioBlitz connects working scientists with the general public. Vancouver gets its own BioBlitz on August 12 and 13 at Stanley Park, allowing participants to survey as many species as they can over a 24-hour period. The surveys, and other nature exploration tours, will be led by environmentalists, giving all forest-lovers the opportunity to learn something new about this beloved park.

Of course, Canada’s 150th birthday cannot be celebrated without acknowledging that there were people living here long before colonization. Thus the City of Vancouver is organizing a series of events called Canada 150+ (the plus sign recognizing the presence of Indigenous people here prior to confederation) throughout the summer and into autumn. The first is July 22 to 30’s The Drum Is Calling Festival, curated by artist Margo Kane and including a performance by Buffy Sainte-Marie, featuring housing structures from various First Nations built life-size at downtown’s Lawrill Park; up next is The Gathering of Canoes, happening on July 19 and 22 at Jericho Beach as a stop for canoe families on their way to Campbell River during the yearly Tribal Journey; and finally, there is A Walk for Reconciliation, happening through the city sometime in September. And though not part of Canada 150+, there is also a National Aboriginal Celebration on June 17 at Canada Place.

Taking place from June 10 to 25 is LandMarks 2017/Repères 2017, a nation-wide public art exhibit featuring 11 contemporary installations by acclaimed artists including Rebecca Belmore and Maureen Gruben. One highlight is Michael Belmore’s sculpture, Coalescence, which has four parts that span thousands of miles across Saskatchewan and Manitoba. Exploring questions of Canadian identity and history, LandMarks connects people to land and land to people.

When it comes to food, there might not be a more Canadian restaurant in Vancouver than the West End’s Timber, opened in 2015 by chef Chris Whittaker of Forage. Going for a lumberjack-meets-hunter theme, the meat-focused eatery offers special Long Table Canadian Supper evenings for groups of 15 to 20. Grab a bunch of friends and enjoy a family-style meal of succulent meats and sides, plus a Canadian-themed photo booth, s’more-making at the outdoor patio’s fire pit, use of the restaurant’s cribbage boards, and (for an extra charge) delicious signature Caesars made with Canada’s own Walter.

In other food news, 2017 marks the inaugural year of the Fort Langley Beer and Food Festival. Organized by the national historic site’s resident Trade Post Brewing Company, the day-long event—taking place on May 20—features up to 20 Valley breweries and 20 food vendors. Craft beer loves such as Yellow Dog (Port Moody), Four Winds (Delta), and Field House (Abbotsford) will all be present. Sip hoppy IPAs and refreshing lagers as you wander around Fort Langley, which has a 190-year-old history.

At the Fairmont Hotel Vancouver, lovers of high tea can participate in the Canada 150 Afternoon Tea, which takes place in Notch8‘s cozy and hidden private dining space until September 3. Enjoy luxurious pots of tea, of course, along with a patriotic culinary offering including a maple panna cotta palate cleanser and then scones (berry and Oka), plus a cross-Canada food experience: mini corn dogs, smoked meat sandwiches, bison on top of bannock, and lobster rolls, followed by tiny beaver tails, Nanaimo bars, mini donuts, and more. It is a fun and creative display of the country’s most well-known tastes. Arrive hungry. Very hungry.

And finally, just in time for Canada’s 150th, British Columbia-based bloggers Lindsay Anderson and Dana Vanveller have released a cookbook, Feast: Recipes and Stories from a Canadian Road Trip, based on their 2013 drive across Canada. Featuring everything from Maritime lobster rolls to Haida Gwaii halibut, the book is a culinary representation of what makes our country special (even the nation’s collective cool dad Peter Mansbridge has endorsed it). Weaved among stories of the duo’s experiences as they met interesting characters along the way, the recipes show the depth and diversity of Canada’s food identity. Encompassing an adventurous spirit, Feast perhaps best demonstrates how to celebrate this country: explore it.