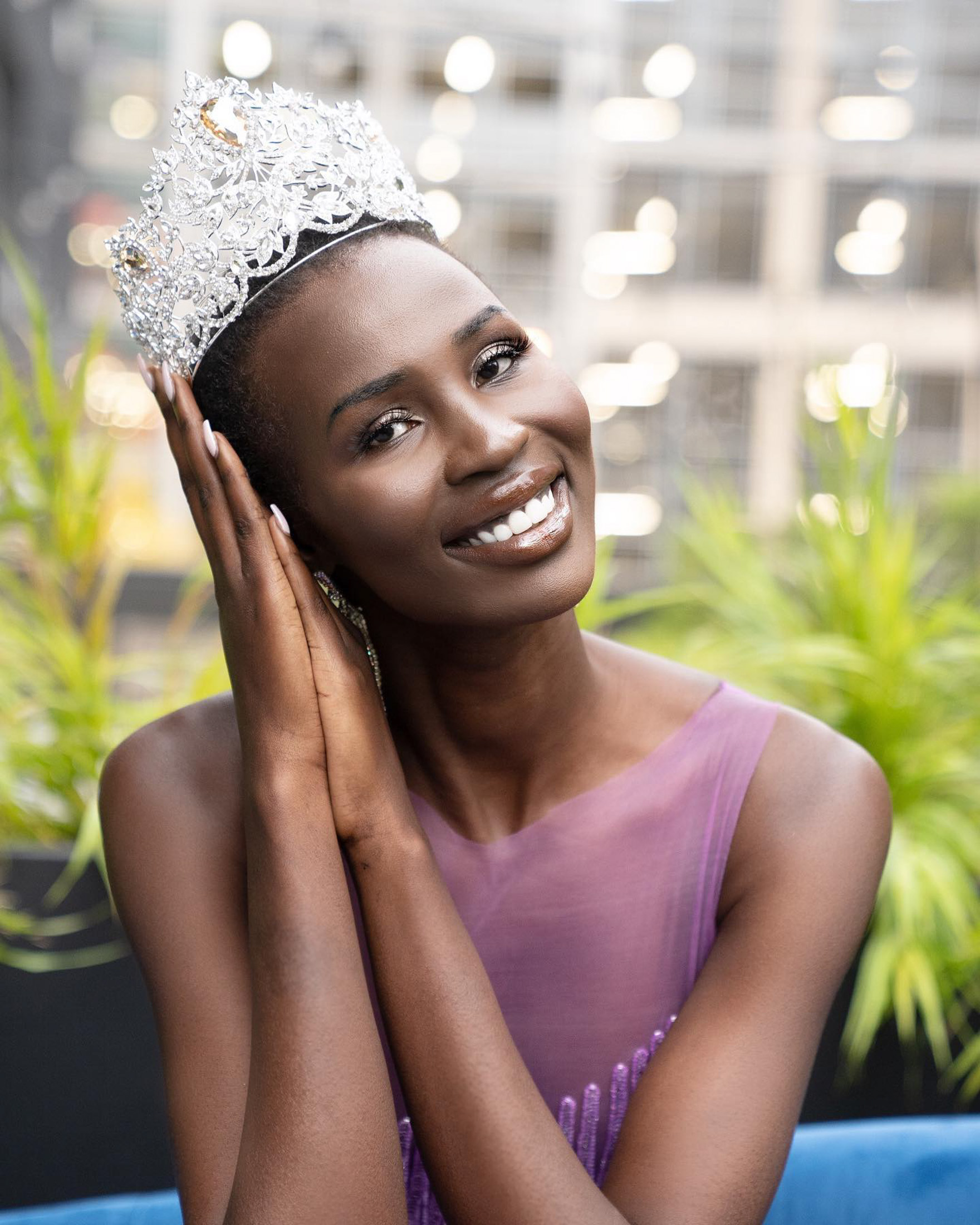 One of the earliest memories Nova Stevens has of her childhood in Kenya is playing a cheeky prank on her brothers. As choir practice usually ran late into the night, Stevens would pretend she was asleep so her brothers would carry her home. One night, a dog chased them and, startled, Stevens leapt out of their arms. The brothers gasped. Their little sister wasn’t really asleep—she’d been fooling this entire time! “After that, they always made me walk, because they didn’t believe me.”

Stevens, who was crowned Miss Universe Canada in October, smiles at the memory. She has a handful of them, since she was only six when her family, fleeing the civil war in South Sudan, sent her to live with relatives in Canada. Her father and siblings stayed in Ethiopia, and her mother ended up in a Sudanese United Nations camp. Stevens hasn’t seen her family for 22 years.

Stevens’ journey—not only to the Miss Universe Canada crown, but in a larger sense through her life—hasn’t been easy. But it’s been shaped by resilience, resolve, and a sparkling brightness that radiates from her. Right now, she’s at her home in Vancouver’s West End, discussing her current Netflix binge. She just started watching Sister, Sister, the beloved ’90s sitcom recently added to the streaming service, and has Girlfriends and Emily in Paris lined up in her watchlist. It’s the first time she’s turned on her television in months, she tells me over Zoom, having been so busy with the pageant, press, and social media, as well as organizing marches this summer with Vancouver’s Black Freedom Society. 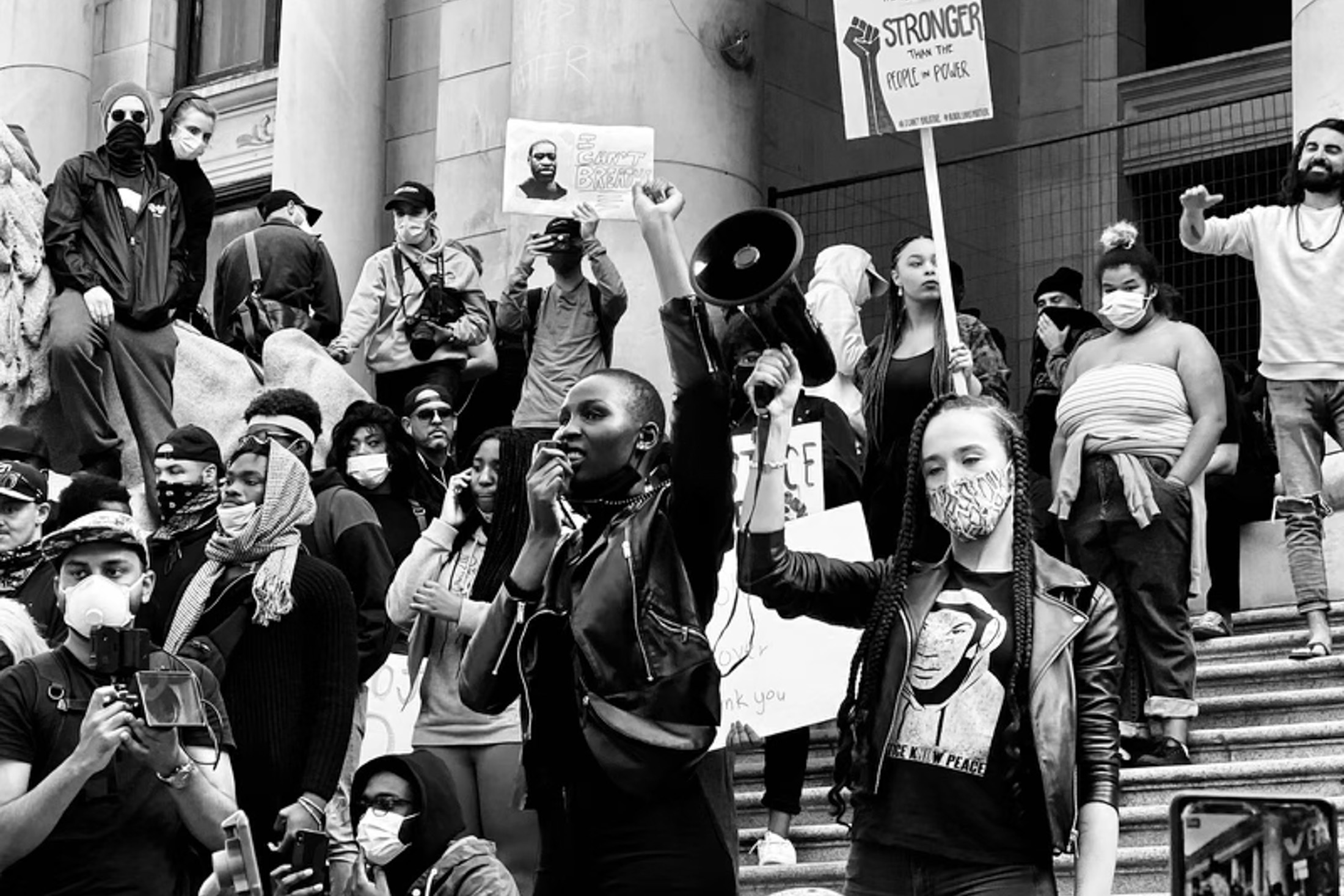 When Stevens first arrived in Canada, she landed with her cousin in St. John’s, Newfoundland, then moved in with relatives in Ontario and, later, stayed with family members in Alberta. At 15, she decided to live on her own, finding comfort and stability more within herself and her chosen family, her closest friends. “Family is not always blood-related,” she says. “My friends have been there for me more times than I can count.”

Stevens was first scouted by a modelling agent when she was 12 years old, but with her focus on academics and athletics she didn’t think much of it then. She was a voracious reader, with a particular fondness for Harry Potter and Anne of Green Gables, and spent hours in her room engrossed in books. She was also a burgeoning basketball star, which later manifested into a full basketball scholarship to the Southern Alberta Institute of Technology. After moving to Vancouver in 2014, she pursued modelling more seriously and soon found herself working in New York and Paris.

Her personal icons? “Oh my God, Naomi!” Stevens exclaims. “Naomi Campbell. And, of course, Alek Wek, who is also Sudanese. I looked up to her growing up, as well, because they opened doors for girls like myself.” 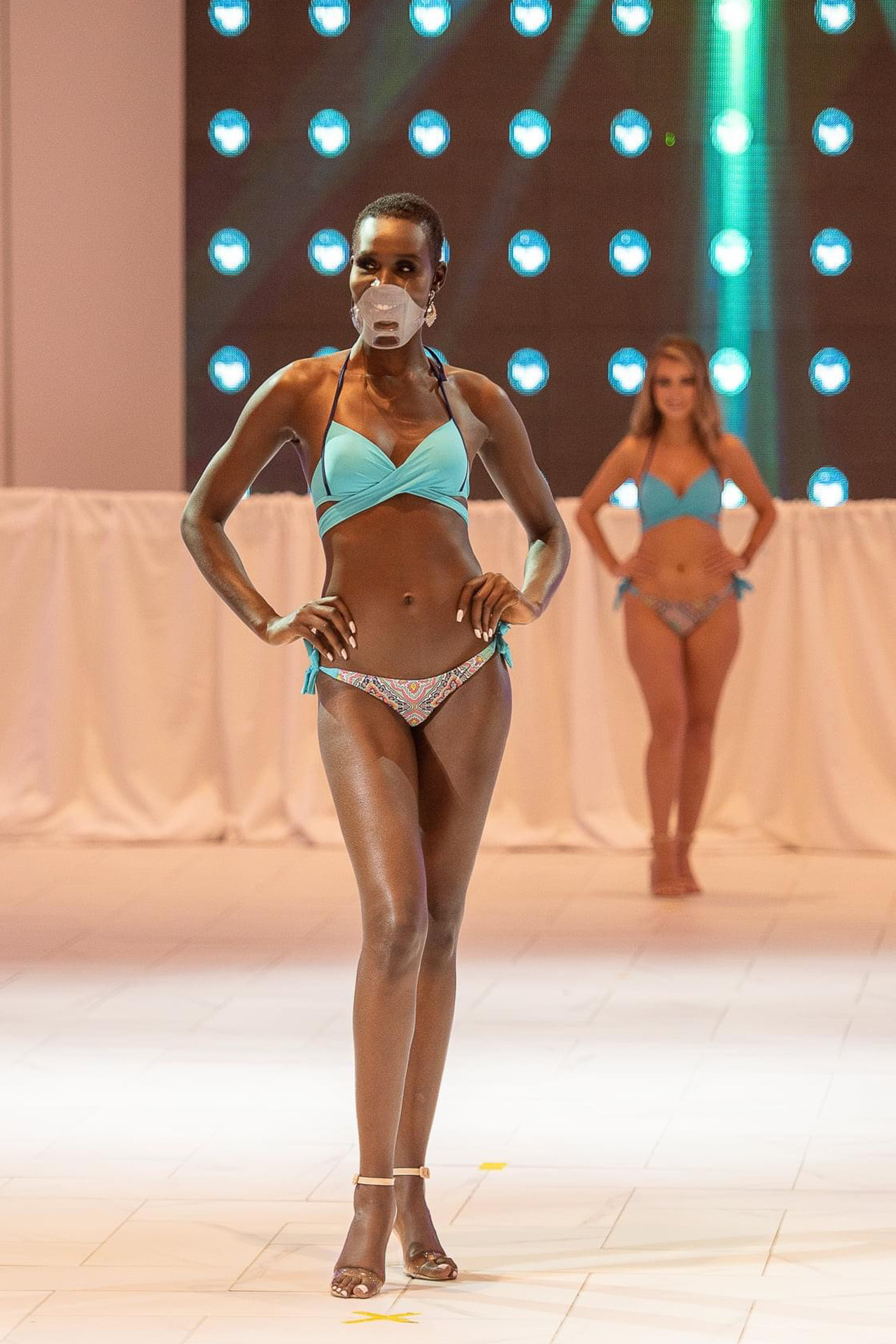 Representation is one of the reasons Stevens entered Miss Universe Canada for a second time, in 2018. The first time she competed in the pageant was in 2014 and she made the top 12. How far could she go, she wondered, if she really trained? Plus, she had worn a straight weave in 2014—now she wanted to stand on that stage unapologetically as herself, with her natural hair.

“Because I’m like, you know what, it’s important for me to win as myself,” she says. “Canada is so diverse and that is the beauty of Canada—Canada has so many different faces. Why do I have to conform? Why can’t I represent Canada as myself?” 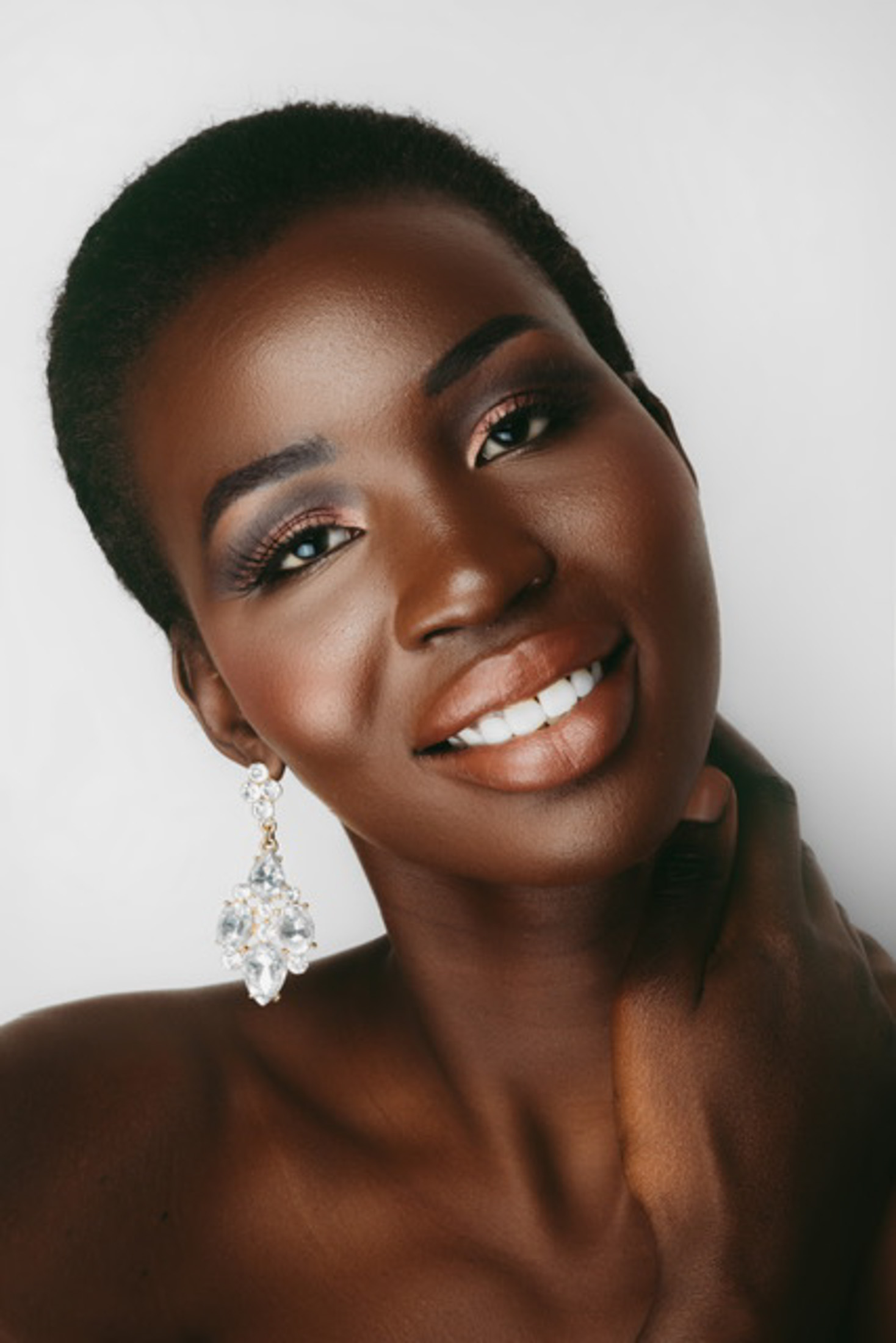 This time, she made the top 20. Stevens was crushed. “It made me really feel as though I was demoted and that perhaps my hair or skin had a lot to do with it,” she recalls. “And I swore off pageants. I said, ‘I will never compete again. Why would I compete in a place where I’m not recognized? Or seen?’ It was a lot, emotionally.”

Then Zozibini Tunzi won Miss Universe in 2019. The significance of that representation—as a dark-skinned Black woman from South Africa with short, natural-textured hair won the international crown—was monumental. Stevens exhales. “She’s the closest person I can see myself through. And I texted Natalie Glebova, who was Miss Universe Canada, and Miss Universe 2005, and I said, ‘Natalie, I’m competing this year.’” 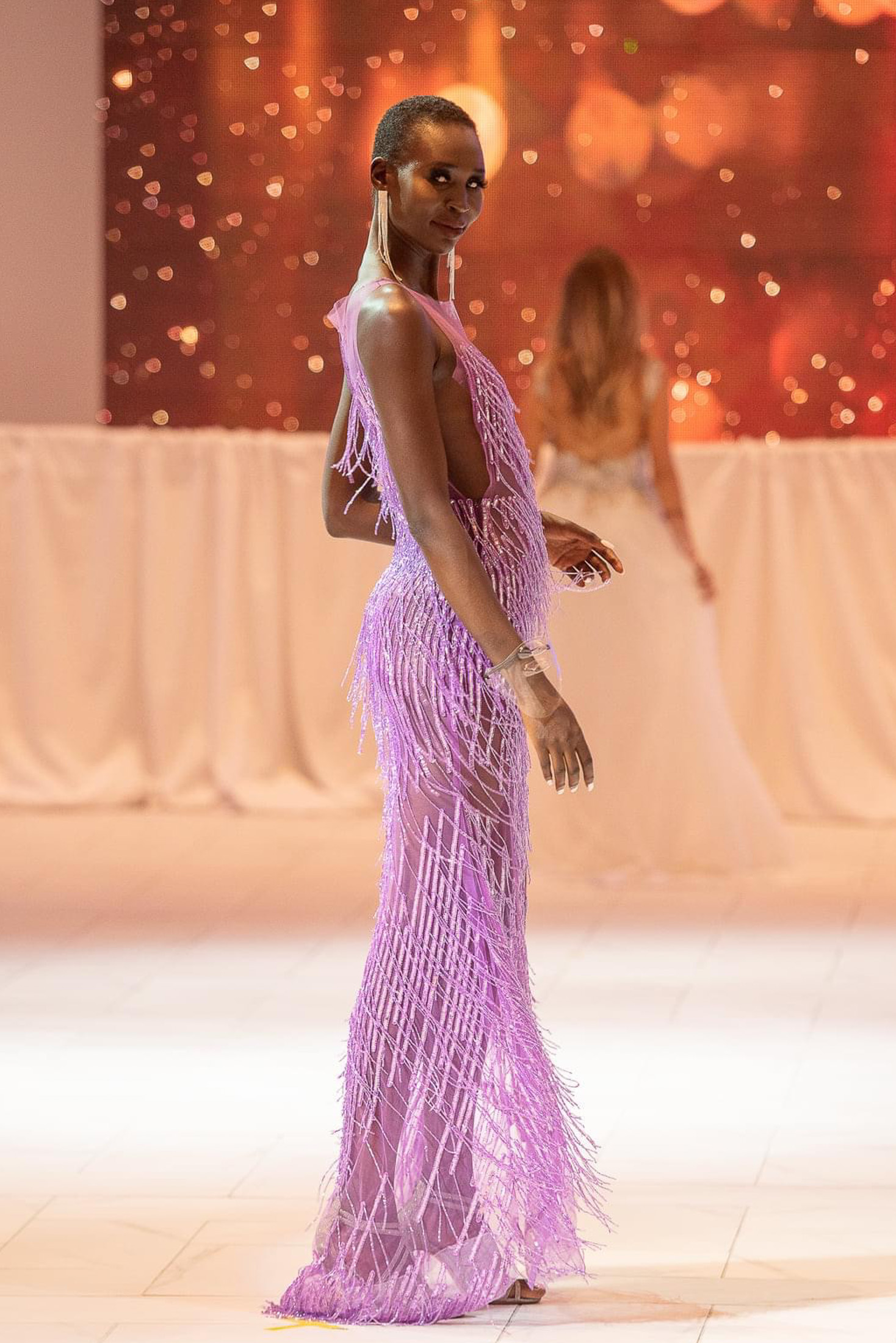 Tunzi’s victory is partly why Stevens believes that pageants are empowering—also, she adds, the platform has evolved over the years to one where voices advocating for causes can be heard.

Stevens, who is only the second Black woman to win the Miss Canada crown, has always believed in the power of using one’s voice. Today she is an ambassador for One Girl Can Society and advocates for Feed It Forward, but she has been committed to giving back since she was a teen. “Coming here at a very young age, not really having that support from my family, it’s often organizations that have been there for me,” Stevens says. “People like my coaches from high school, who I still talk to till this day. My teachers. People that have been instrumental in shaping who I am. It’s important to have role models; it’s important to have guidance in your life. And, thankfully, I had that from various groups, but not everybody has that.”

This summer, with her friend Shamika Mitchell, Stevens co-founded the Black Freedom Society and organized marches in support of Black Lives Matter, including the Freedom March to commemorate Juneteenth, the abolition of slavery in the United States, and the Emancipation Day March to commemorate the abolition of slavery in the British Empire. Due to Stevens and Mitchell’s efforts, the City of Vancouver officially declared August 1 Emancipation Day. “The mayor [Kennedy Stewart] was very supportive,” Stevens says. “Now my goal is to have it recognized nationally.” 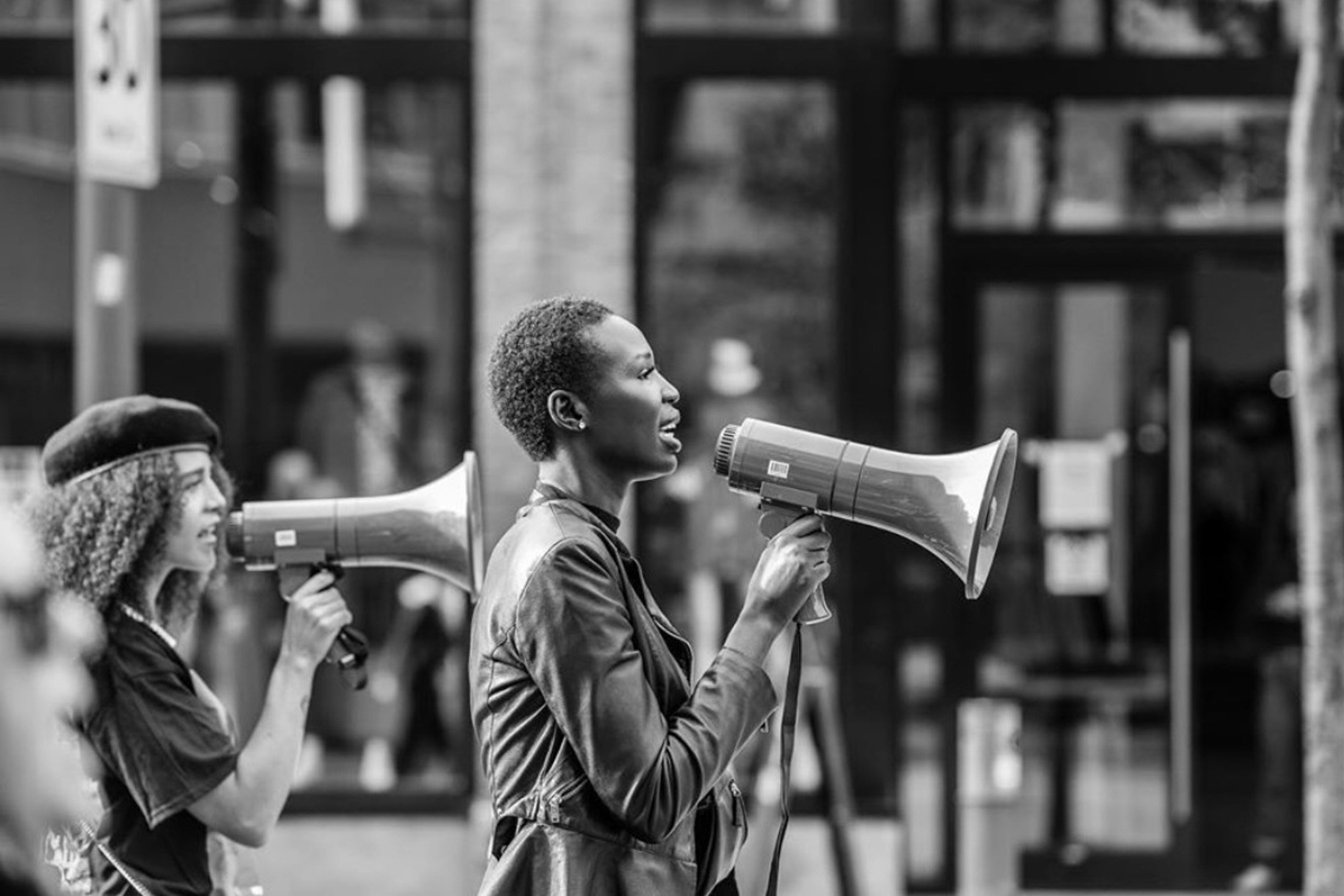 But she admits she doesn’t really like being called an activist. “It shouldn’t be a title given to a few. We should all be advocating for change. It shouldn’t only be people of colour that are wanting to create changes just because they’re the ones that are experiencing these struggles—it should be everyone, across the board. We are just the human race.”

Stevens sees the Miss Universe Canada title as an opportunity to continue raising awareness and doing the vital work ahead. “I received all sorts of comments from people all over the world, and I can’t take it personally because it’s a learning process. I’m here to teach. I’m here to spread love and light. And it’s unfortunate when you’re in a position of leadership, it does come with pros and cons as well, and sometimes that means people are going to attack you. But you just have to know that you were put in that position for a purpose.” 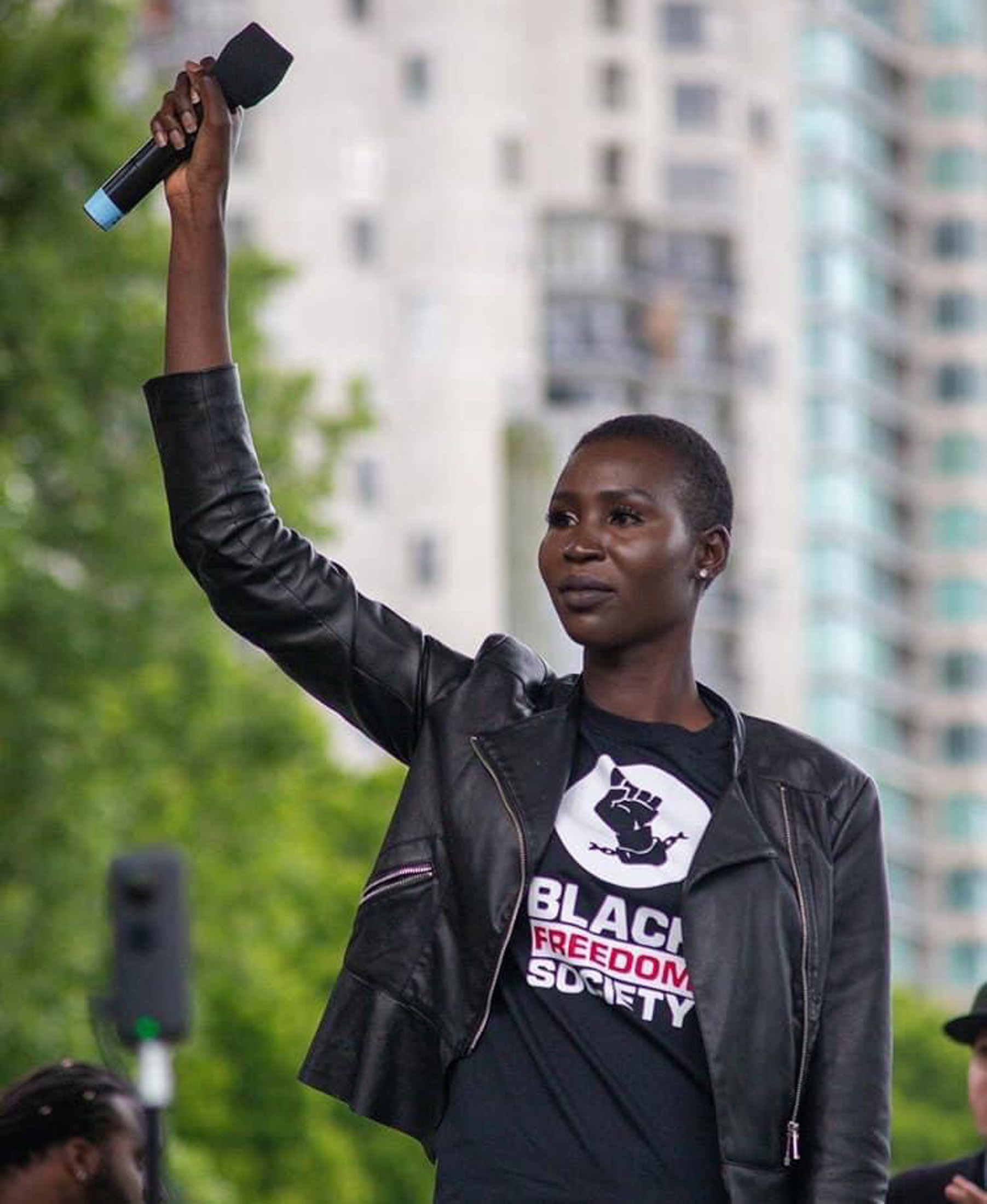 The moment she won the crown remains a bit of a glorious blur. She blacked out, she laughs, adding now she understands why contestants always cover their faces when they’ve won. “It’s just so natural when you’re so shocked. You just can’t believe it. And I just couldn’t believe it.

“I remember I just put my fist up,” she continues. “I didn’t even think about it—I didn’t even realize that I did it until I saw the pictures. Everything seemed so surreal. It almost seemed like an out of body experience for me.” 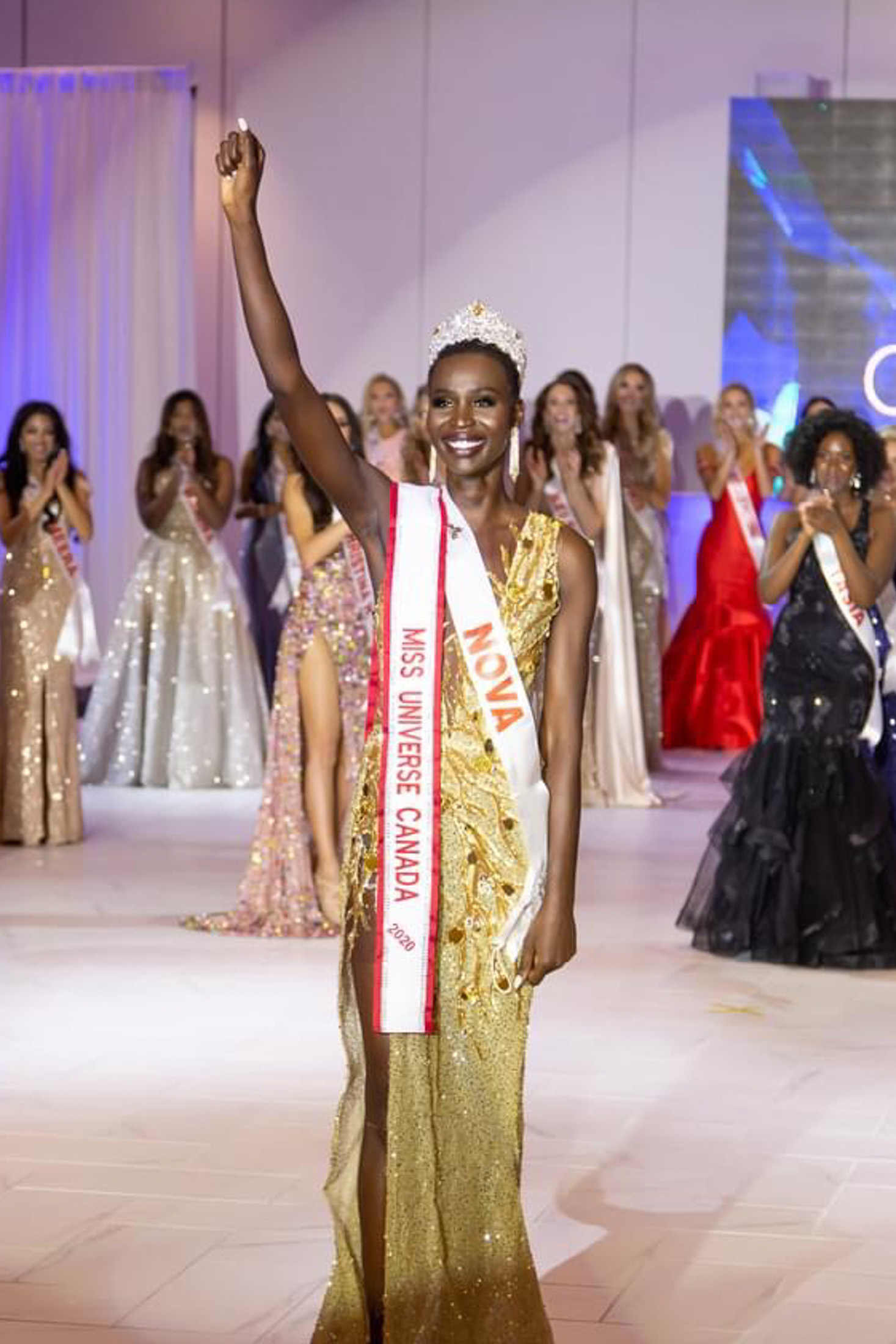 In addition to continuing her anti-racism advocacy, one of Stevens’ objectives with the Miss Universe platform quite literally hits home: she hopes to finally reunite her family in Africa. She’s in touch with her mother, she says, but not as much as she’d like. Stevens plans to change that. “What I want to do is get her out of that camp, take her to Ethiopia where the rest my family is, and then see them for the first time in 22 years.” Stevens smiles. “So that’s my goal. That’s what I’m hoping this title helps me to do.”