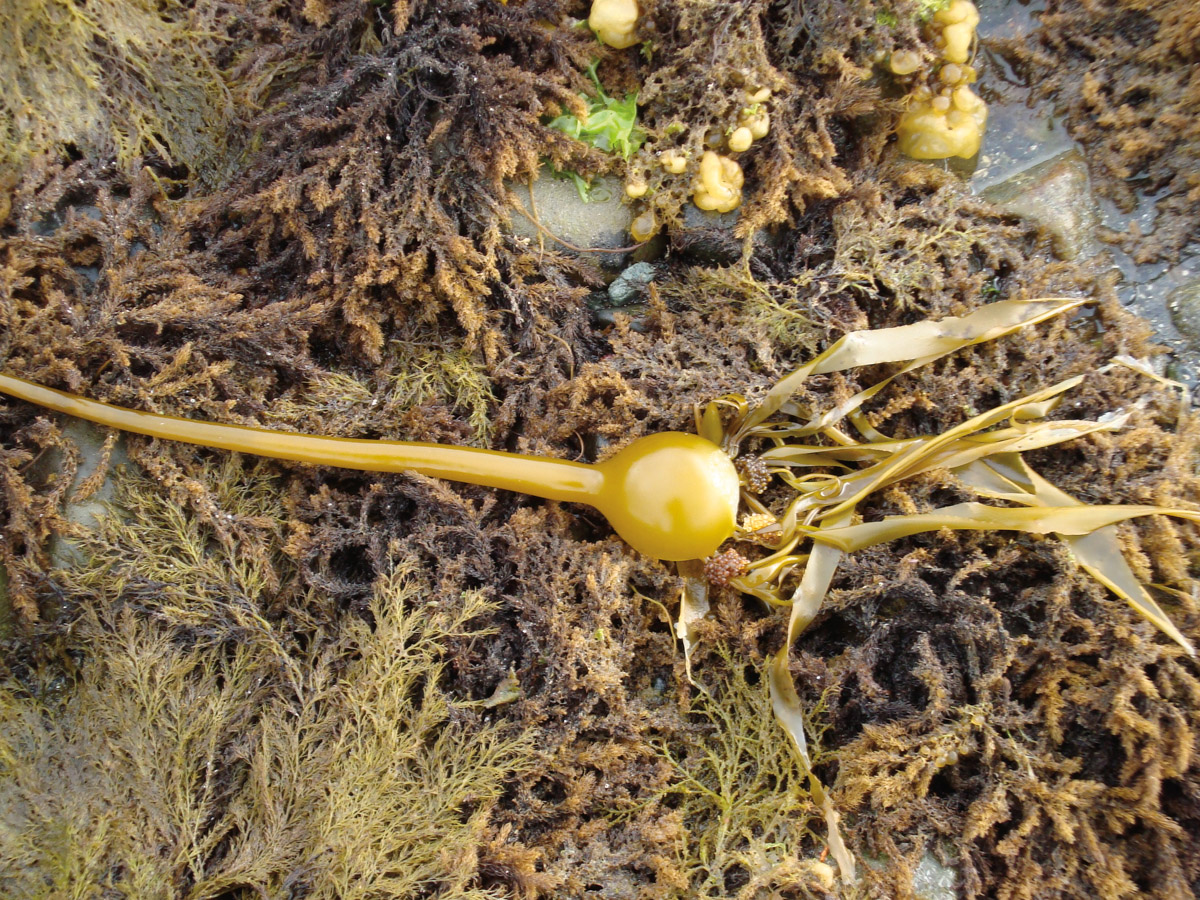 Respected Cowichan elder Lischiim Arvid Charlie joins ethnobotanist Nancy J. Turner for a new book passing on a wealth of traditional cultural knowledge to the next generation. Luschiim’s Plants: Traditional Indigenous Foods, Materials and Medicines brings together botanical and cultural stories of over 140 plants of the West Coast, including the following excerpt. 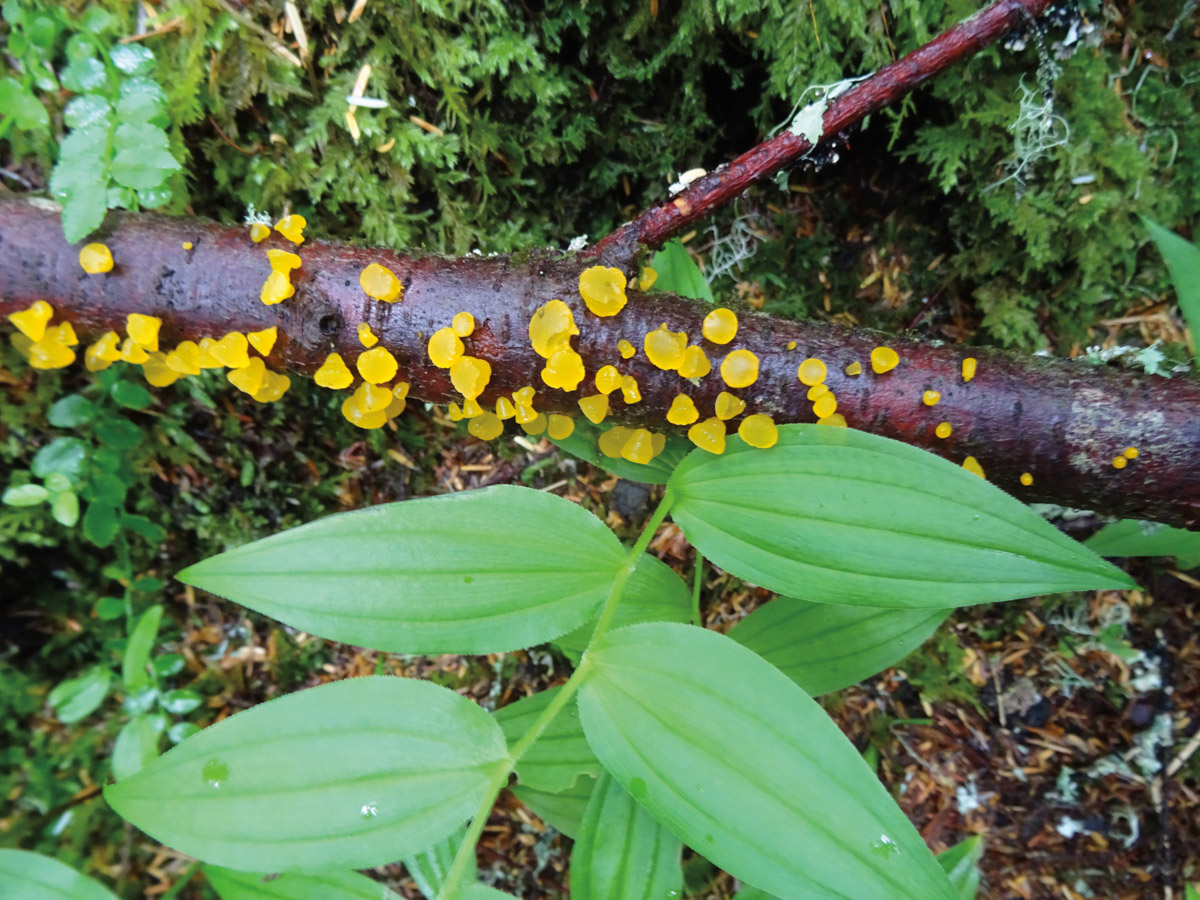 Luschiim, Dr. Arvid Charlie, is a respected Elder and botanical expert of Cowichan Tribes, and a fluent speaker of his Hul’q’umi’num’ language. His knowledge of plants is truly remarkable and comes from deep training and experience, starting in his earliest childhood years. He learned this knowledge from his great-grandfather Luschiim (whose name he inherited), his great-grandmother and others of their generation, who grew up in the last decades of the nineteenth century. In July 1999 Nancy Turner had the opportunity to meet Luschiim for the first time, in a field workshop with Cowichan Tribes Treaty Office and Cowichan Community Land Trust. On this occasion, they walked with ecological stewardship trainees through dense Douglas-fir woods along the Cowichan River and were delighted to share their mutual love of the plants they encountered with a group of Quw’utsun youth. After a few more meetings, it was clear to Nancy that Luschiim’s knowledge was exceptional and that it was built on the wisdom and experience of generations before him. Furthermore, a born teacher, he wanted to ensure that the rich education he had received from his great grandfather, grandparents, parents and others knowledgeable in cultural and environmental aspects of Quw’utsun life would be passed on to future generations. 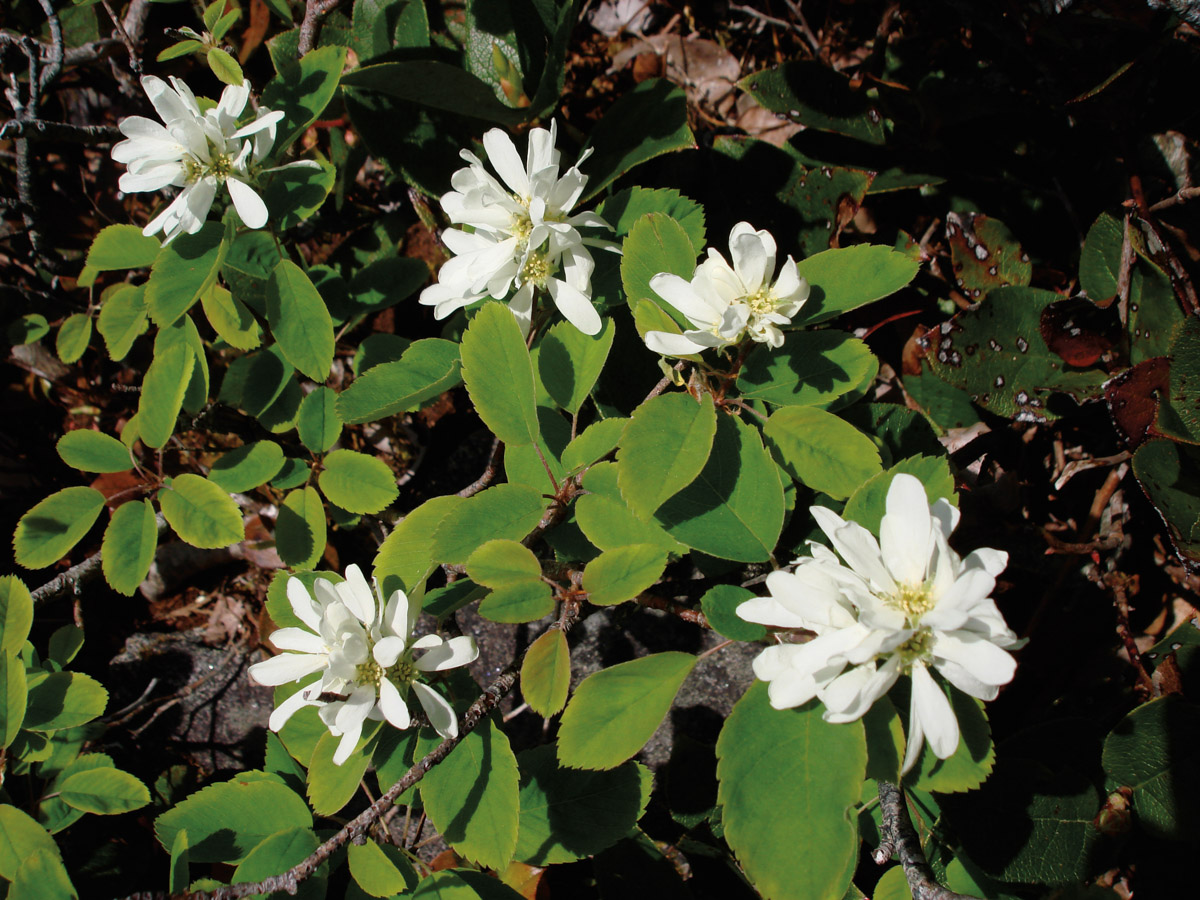 Description: A low to very tall bushy deciduous shrub, with greyish bark and bluish-green oval-shaped, short-stalked leaves that turn yellow in the fall. The blades of the leaves are usually toothed around the top half of the margins and smooth around the base. The flowers are white, each with five elongated petals, and borne in clusters of a few to several. They ripen into dark blue or purplish berry-like fruits, which are sweet and edible, usually containing several small brown seeds. Both birds and people enjoy the fruit.

Where to Find: Saskatoonberry is found on dry bluffs and open woodlands and is common on Vancouver Island and throughout British Columbia.

Cultural Knowledge: Luschiim recognizes four different varieties of Saskatoonberry to be found in Quw’utsun territory, one particularly tall and the others shorter:

Saskatoon. There’s four main kinds here. I only know the one name: tushnets. The berries are very sweet. Some of the tall ones that produce the biggest berries, from what I’m told, came from Hwkw’a’luhwum [Qualicum] River. It is a place next to what is now Honeymoon Bay, up at Cowichan Lake. Hwkw’a’luhwum River, today known as Robertson River. And the berries were … That’s the name of the river; the name of the place is Ta’mal. And tatum’: if I had to warm tea or whatever is warm, it’s warm, it’s tatum’. So that’s the name of the place, “warm place.” And it’s said to produce great big Saskatoonberries. So I went by there several times over my lifetime and yes, they are—unusually bigger than other places. Whether it’s because the place is warm, or something special about that place, I don’t know. But that’s what that place is known for: the larger Saskatoonberries (“huge”). So that’s the tall ones. The shorter ones are from places that are kw’uluqun, or shale, a place that has shale … I think it can be almost anywhere. Places on the river, Cowichan River, there’s some shale places. And the shrubs never grow more than three or four feet high; some of them are even lower. They’re just kind of almost spread out. So that’s from one extreme to the other. (January 23, 2011)

Saskatoonberries are well liked, as described by Luschiim, and the Quw’utsun people used to trade for the Interior ones up the Fraser River:

So the berries were really sought after. There were some [in Quw’utsun territory] but not in great abundance as in the Interior [e.g., Okanagan area]. The Interior ones were sought after because they produced big cakes … we traded clams or something like that for the cakes. Way up, way past Yale, I guess. (January 23, 2011)

Quw’utsun people also dried Saskatoonberries into cakes, but “not as much as the Interior,” noted Luschiim (January 23, 2011).

Saskatoon wood is straight and hard, and was used as a material for making implements:

The wood of the tushnets is also very good, similar to ironwood, oceanspray, [in] that you could bend them. The longest ones were used for dipnets, and the shorter ones you could use for hoops or your p’a’tth’us, your baby basket. You got your older stems, the older wood. If you’re looking for long ones, you went to a place that has a canopy—meaning the trees are like 60, 80, 200 years old, where it’s quite a canopy. [When] they’re growing under there, they’re trying to reach for light, so they grow long, and you can get those ones for hoops, whether it be that [Saskatoon] or whether it be ironwood [Holodiscus discolor]. Most use ironwood, but for different spiritual purposes, sometimes they used a different wood. (Luschiim, January 23, 2011)

Saskatoon wood and bark are used for medicine, but it’s important to distinguish between it and oceanspray, or ironwood, because they are used medicinally for different purposes. He then described how to tell these two shrubs apart:

These two look very similar and most people can’t tell the difference, but there’s one giveaway for this one, and that’s there’s always … a U‑shape … There’s always going to be a separate change in direction … roughly a 45‑degree angle. If the stem is going like that, there’s always a change in direction. There’s going to be this angle here, somewhere along the way. And that’s one of the ways you can tell. And whether it be a tiny little piece like this or whether it’s one like that, you’re going to find them. (January 23, 2011)

When asked if he had ever heard of pruning, burning or cutting Saskatoon bushes back (coppicing), Luschiim said, “You can do that to almost anything [with the bushes], and burning is a part of it, yeah” (January 23, 2011).