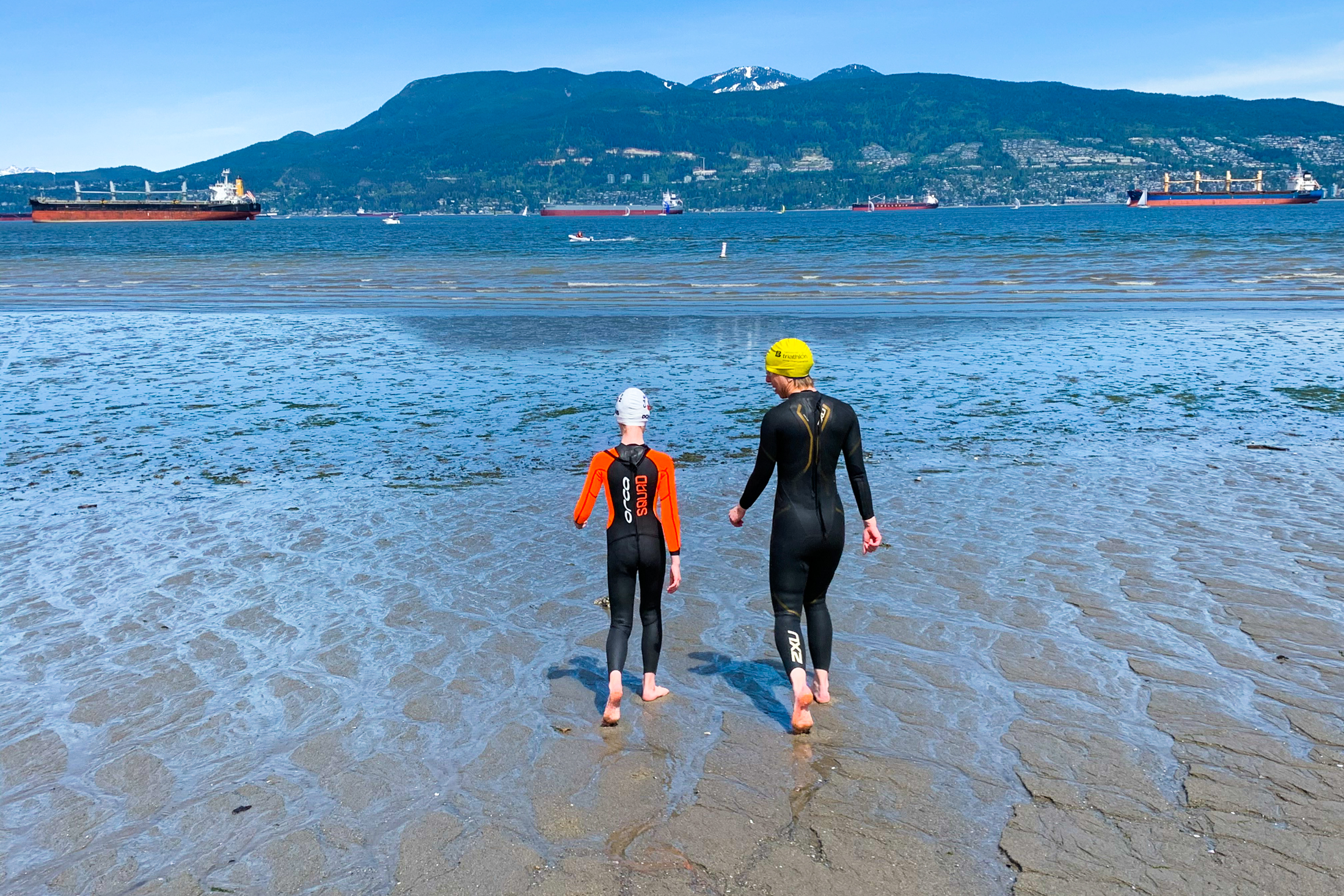 Emily McCue and her mom Lynda head for the ocean. Photo by Chris McCue.

When Vancouver’s indoor pools shut down in March, 10-year-old Emily McCue struggled to adjust. As a competitive swimmer, she was accustomed to training three days per week.

McCue is one of a growing number of swimmers hitting the beach for vigorous ocean swims as COVID-19 has closed indoor pools and severely limited the capacity at outdoor pools.

“I felt worse, really bad sometimes,” she says, recalling what it was like not swimming regularly. “I had dreams of swimming with my friends, and I felt that I wanted to go back to swimming, and I wished this [pandemic] had never happened.”

Her mom, who is a triathlete, helped her buy a wetsuit and showed her the ropes of training in the ocean. I’m tempted to follow suit. Swimming is one of my favourite ways to exercise, too, and recent reports from medical experts suggest the coronavirus isn’t going away any time soon so some adjustments may be in order. These same experts also recommend exercising outside rather than inside where the virus can linger longer.

But ocean swimming is cold, dangerous, and difficult. If you accidentally stray outside designated swim areas, you can get hit by a boat or pulled out by a current. The water is often choppy, and even gentle waves add an extra obstacle. 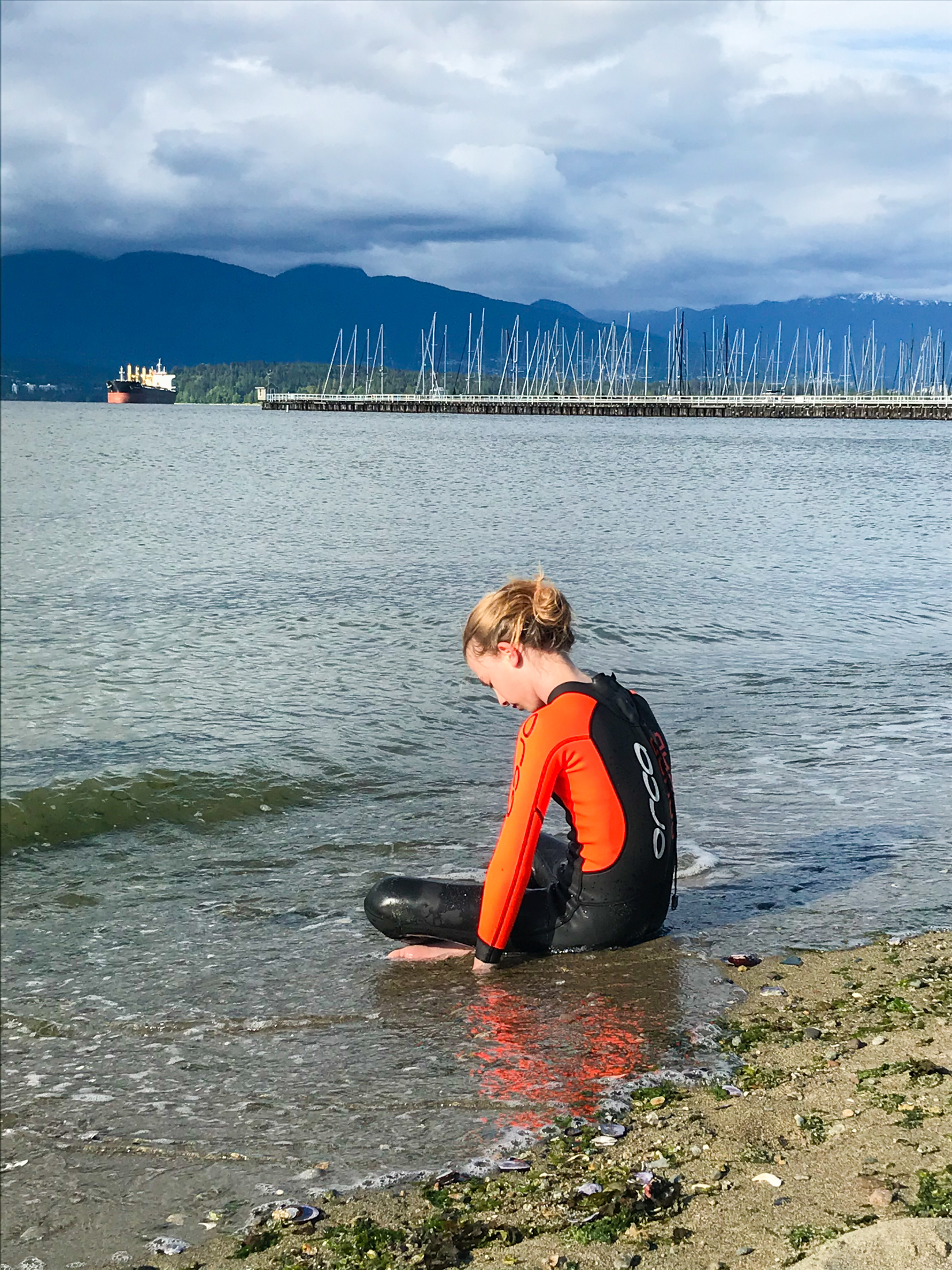 Still, for a strong swimmer such as McCue, swimming in the ocean is a necessary adjustment, and she goes with adults who supervise her closely. “I’m in a better mood, and I don’t get angry as often. Swimming released my stress,” she says.

The increase in British Columbians opting for outdoor swims is evident to retailers. Swim Buddy, a Kelowna-based company that sells specialty safety gear to open water swimmers, says its sales are up by 150 per cent since last year. Its main product is a brightly coloured lightweight buoy that attaches by a cord around the waist and trails behind a swimmer. Although it isn’t officially a personal flotation device, swimmers can hug the buoy if they need a rest, and some models have special compartments to store belongings such as keys, flip-flops, and a wallet.

At the Diving Locker, based in Vancouver’s Kitsilano neighbourhood, staff are so busy that it’s hard to get them on the phone for more than a few sentences. Wetsuits, they say, are flying off the shelves as customers are adopting new outdoor water sports.

Wetsuit sales for the months of April, June, and July are up by 30 per cent over last year, says store manager Paul Quiggle. Beginner open water swimmers are snatching up the low-end suits that range from $140 to $200. “We’re constantly ordering more.”

Christopher Hallamore, a human resources manager who lives in Yaletown, bought both a Swim Buddy and a $250 wetsuit online this spring. Before COVID-19, he would swim several times a week indoors at the Vancouver Aquatic Centre, but it’s been closed since March, prompting a three-month window during which he took up running as a substitute. Now he swims a few times per week in the ocean, books a ticket for an outdoor pool swim twice a week, and goes to Sasamat Lake on Saturday mornings.

“It felt so good to get back in the water again,” he says of the day in late May when he took his first ocean swim in a wetsuit. 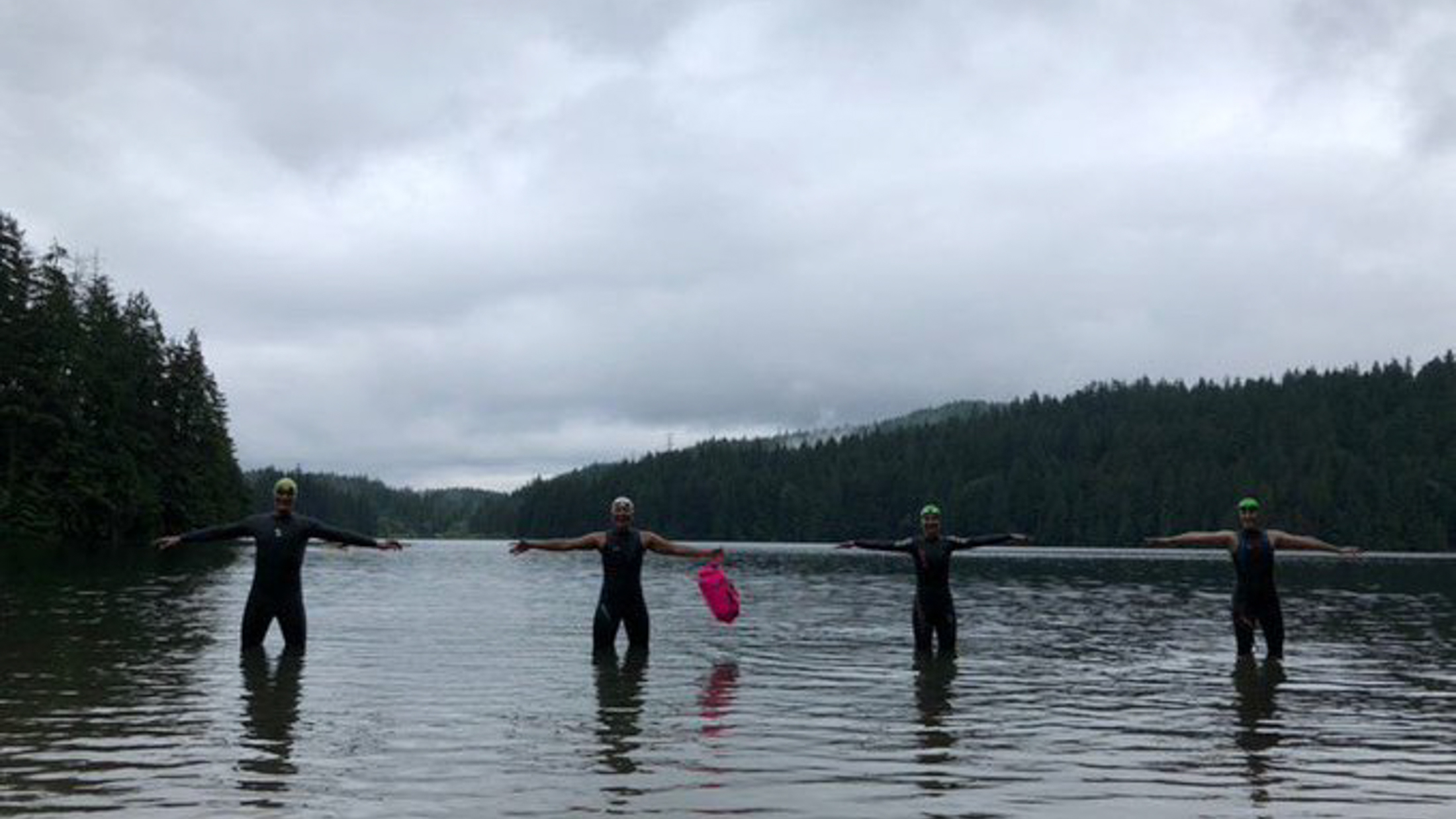 Yet as delicious and refreshing as it is, outdoor swimming isn’t all fun and games. According to the Lifesaving Society, in Canada 69 per cent of drowning deaths between 2012 and 2016 happened in natural bodies of water; seven percent occurred in the ocean, 34 per cent were at lakes, and 28 per cent in rivers.

The Vancouver Open Water Swim Association has responded to the uptick in interest by publishing a lengthy list of safety guidelines and advice. The association’s president, Craig Stewart, says the page came in direct response to new swimmers seeking ocean swimming advice, combined with the club’s inability to host its twice-weekly supervised ocean swims where they would normally share such information in person.

The club has also been offering workshops over Zoom with basic advice such as “try not to swim alone, and make sure you have a Swim Buddy or something like it,” Stewart notes.

He also cautions swimmers about low water temperatures, and says a wetsuit is a must-have if the water is below 15 degrees Celsius.

But in July and August, ocean temperatures in Vancouver can reach up to 19 degrees—which prompted Hallamore to ditch the wetsuit for the summer. “It took a long time to get used to being in a wetsuit because it’s so buoyant—you can’t feel the water the way you do without it. For me, feeling the water is one of the joys of swimming.”

Nonetheless, he says that come fall he will buy a wetsuit cap, gloves, and boots so he can continue to swim in the sea.