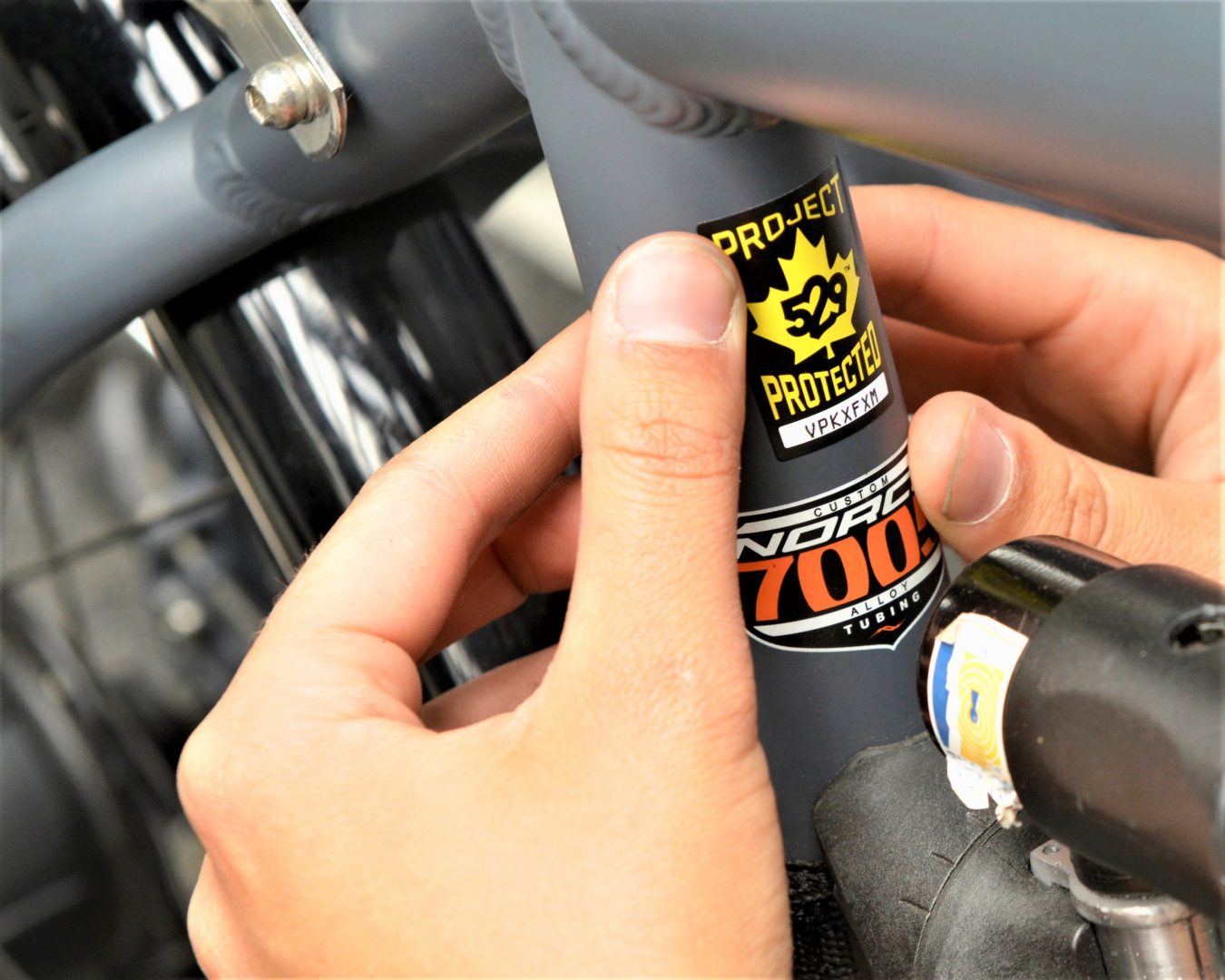 James “J” Allard remembers exactly how he felt when his bike was stolen in Seattle several years ago. The Xbox founder and former Microsoft executive was looking forward to a vacation of bike racing in Whistler and had his truck packed and ready to go. The vehicle was parked overnight in a highly protected garage, yet when Allard went to get it the next morning, he was gutted to find it broken into, and his beloved bike stolen from the rack—despite being secured with multiple locks. Allard immediately contacted the police, put up flyers, and sent out word via his own networks.

“It really hurt to lose my bike,” he recalls. “An exciting week of vacation turned into something gloomy.”

Allard’s frustration with this experience became a catalyst for action. He started researching bike theft and realized that this massive global crime often involves stolen bikes jumping postal codes and being sold via a sophisticated black market. He was shocked to discover that not a single person in North America was working on the issue full-time. “Bike theft has become accepted as just part of owning a bicycle, and it’s one of the most under-reported crimes,” he says. “People write it off, but it is our civic duty to call the police so that they know what’s going on in the community. If you don’t report it, it’s like it didn’t happen.”

In 2015, Allard and business partner Lara Ferroni began working on a technological solution. They were living in Portland at the time and began research, taking cues from popular programs like Instagram. They wanted to provide an app and database that would register bikes and instantly connect followers to both a cycling network and law enforcement. They made headway, but Allard describes Portland as the incubator phase: the project was part-time and had no outside funding. It wasn’t until later that year when Allard connected with Vancouver Police constable Rob Brunt that the concept truly blossomed. At the time, Vancouver had the highest rate of bike theft in Canada, and Brunt had been tasked with focusing on the growing issue. Thefts were increasing at an alarming rate of 20 per cent a year, and Vancouver was more than ready for a new approach. The result, Project 529, launched shortly after Allard and Brunt met. The Vancouver Police Foundation stepped forward to fund the venture with the support of the city, making Vancouver the official pilot location.

The global 529 Garage app and database allows users to send out a broadcast to other members of the community (with a photo of the stolen bike) within a 10-kilometre radius right after a theft occurs. At the same time, the Vancouver Police Department gets an alert that a bike has been stolen and can receive anonymous tips from members. The police can immediately alert officers to be on the lookout for a specific location, person, or bike; there is also the option to immediately broadcast a theft via social media. A little yellow sticker called the 529 Shield with a seven-character code is also given to all registered bikes—it’s hard to remove and is easily spotted, unlike serial numbers.

“Within 60 seconds of realizing your bike is missing, instead of swearing like a sailor, you can take action,” says Allard, who is in Vancouver for a Project 529 press conference at Science World. “We transformed this from a crime where victims feel powerless to giving some power back to the victims to quickly get the word out, making it a little riskier for the bad guys to get away with it.”

Vancouver bike theft is now down an impressive 30 per cent. The program has ballooned to 35 municipalities and more than 100 bicycle shops throughout British Columbia; thefts have dropped a staggering 55 per cent in Whistler and 30 per cent in Richmond in the last year alone. Local bike registration has exceeded 70,000, and the database holds more than 800,000 searchable bikes worldwide. Project 529 is also expanding across North America, and interest is growing throughout South America, too. The World Bank recently recruited Project 529 and the Vancouver Police Department to provide expertise on its efforts to combat thefts in Colombia, and these discussions have sparked interest in Chile and Brazil. Vancouver is now being hailed as a world leader in fighting bike theft.

As for Allard’s own stolen bike, he did eventually track it down when a friend of a friend saw it posted for sale online, but he says that Project 529 has become about much more than his own personal experience. “What’s happened that’s been special for me is witnessing the ability to use technology to bring people closer together,” he says. “The reward was helping to improve the lives of people in their communities in a meaningful way. I love that we are getting bikes back, and that every day in Vancouver we are returning a bike to an owner.”

Read about other projects changing the community.