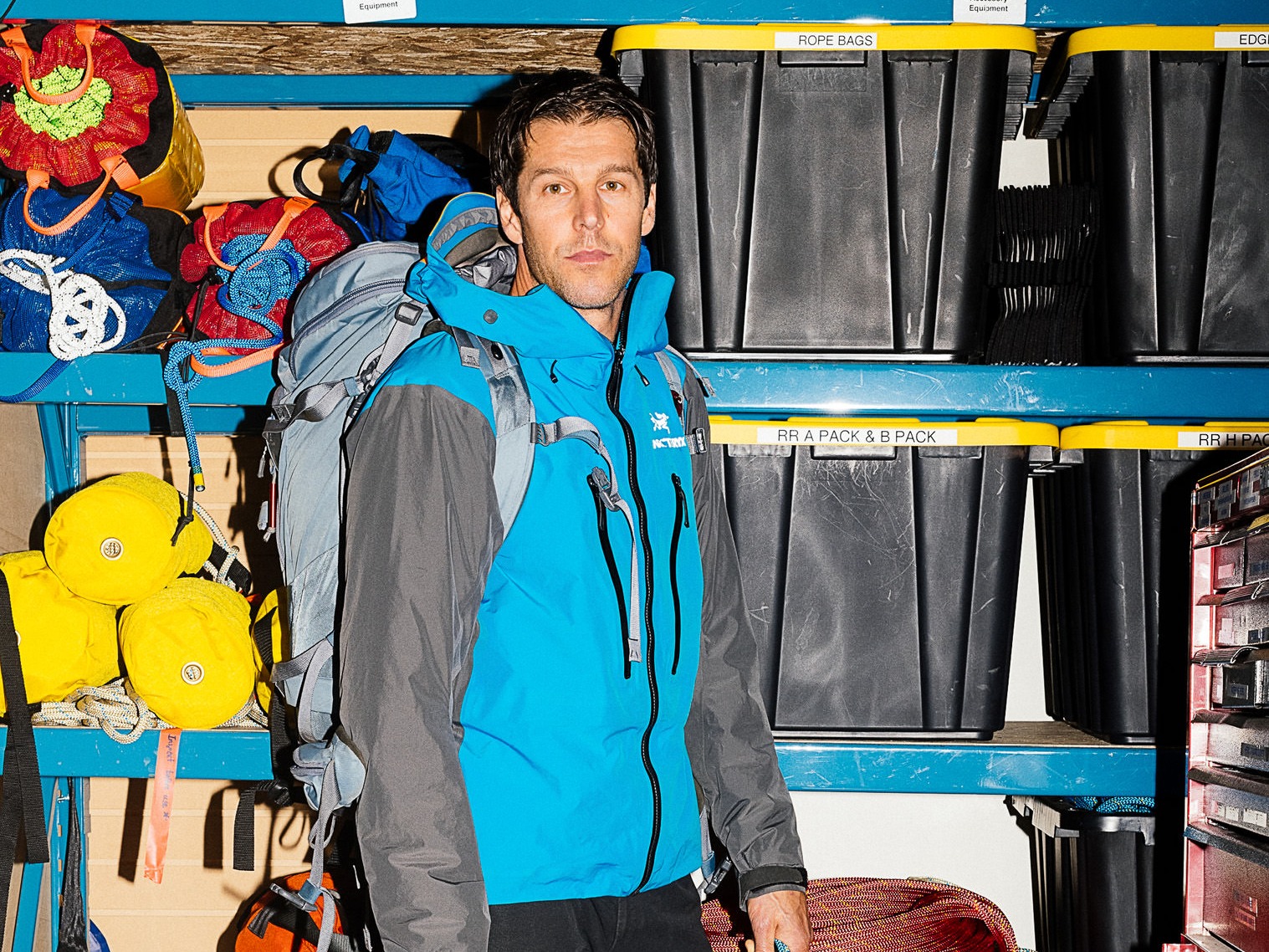 Mike Danks, team leader of North Shore Rescue (NSR), Vancouver’s elite search-and-rescue organization, works with more than 50 members who volunteer to save lost and injured people on the slopes and peaks above the city. These volunteers put their own lives at risk in rescue operations that include dangling from helicopters on ropes in order to pull people out of dangerous terrain.

Danks, who is also a lieutenant in the North Vancouver City Fire Department, is a seasoned backcountry skier and mountaineer whose passion is to promote safety in the mountains. He was introduced to search-and-rescue work by his father, who headed the organization at a time when it was also a Cold War civil defence unit tasked to work in the event of a Soviet nuclear attack.

“When the team ran training sessions, my dad would often bring me along,” Danks says. “They always needed someone to act as the subject of rescue. That person would lie in a stretcher, or be taken deep into the woods for the rescuers to find. I played that role regularly, and it became part of my life.”

Since he took over as team leader in 2014, Danks has seen distress calls to North Shore Rescue rise. An explosion in the popularity of hiking and other wilderness activities is driving ever more people into the backcountry. As a result, the Vancouver area has seen a spike in the number of people who find themselves in danger in the adjacent Coast Mountains. The most common cases involve ill-prepared hikers who get lost or stranded after dark. A rare few of them die, some of whom are never found.

Though NSR has been active for decades, it has only recently become a household name. Hardly a week goes by without the organization making a rescue. Since 2014, the number of distress calls it receives has shot up, stretching the organization’s resources to breaking point. In 2018, a record 144 calls were responded to—the busiest year yet. That’s over double the number from 2008, when 70 calls came in to the rescue service.

This spike in mishaps comes as no surprise to Danks, who knows how treacherous and unpredictable the Coast Mountains can be. He was part of an ill-fated climbing expedition on Yukon’s Mount Logan in 2005 that came within a hair’s width of catastrophe because of an unexpected storm. Danks has seen more than a few of his skilled and experienced colleagues on the outdoor recreation circuit get into trouble.

The current epidemic of backcountry emergencies, he insists, is partly fuelled by the general public’s desire to post images on social media. Inexperience travelling in the mountains greatly compounds the risks.

“People see pictures of beautiful peaks online and flock there without thinking it through,” Danks says. “There are people hiking that have never set foot on a mountain before. They see the Grouse Grind on social media and go there without adequate preparation. We see people going there in flip-flops, business suits, and even high heels.”

It’s for this reason that Danks sees his core mission as not only trying to save people in distress, but also educating the public. 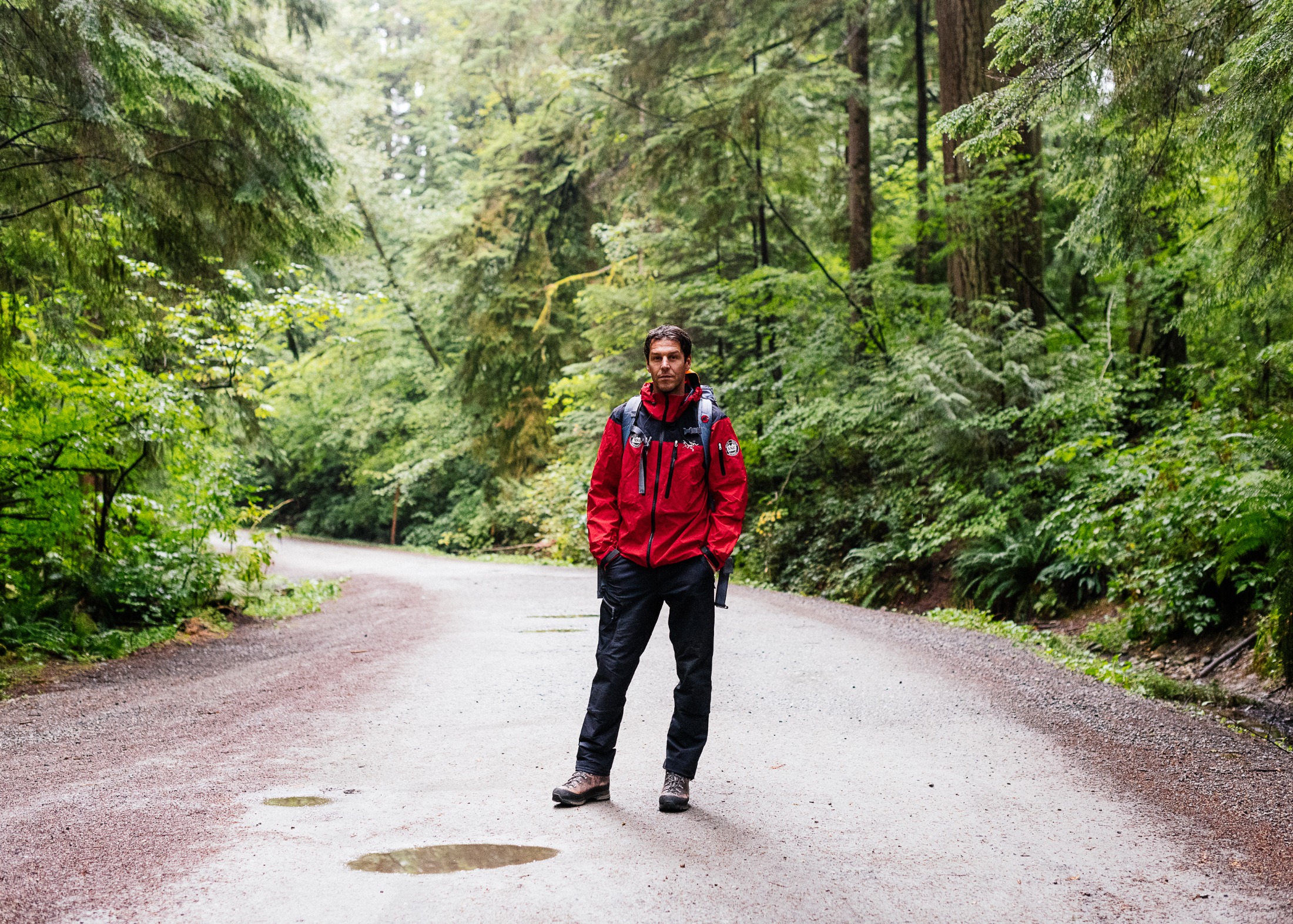 He insists that nearly all the emergencies NSR responds to are preventable using common sense and available information. The organization frequently urges the public, before heading into the mountains, to pack what it calls “The 10 Essentials”—a menu of items that can help lost or injured people survive long enough until help comes their way.

Among the biggest mistakes people make, he says, is not telling others where they’re going—and when they’re expected back. Too often people travel without lights, and have no idea how difficult their route is and how much time they need to complete it. The majority of calls his team fields involve just such cases.

He stresses that if people become educated and take a more mindful attitude while in the backcountry, they will help not only themselves, but the entire community.

“Our resources are constantly at risk of running out,” he explains. “Because we rely on donations, and because our volunteers make huge sacrifices to be available to respond to calls, every little bit of prevention helps everyone.”

For more behind the scenes with North Shore Rescue, check out the Knowledge Network’s original series Search and Rescue: North Shore airing now.

This article from our archives was originally published in our Winter 2019 issue. Read more from Community.