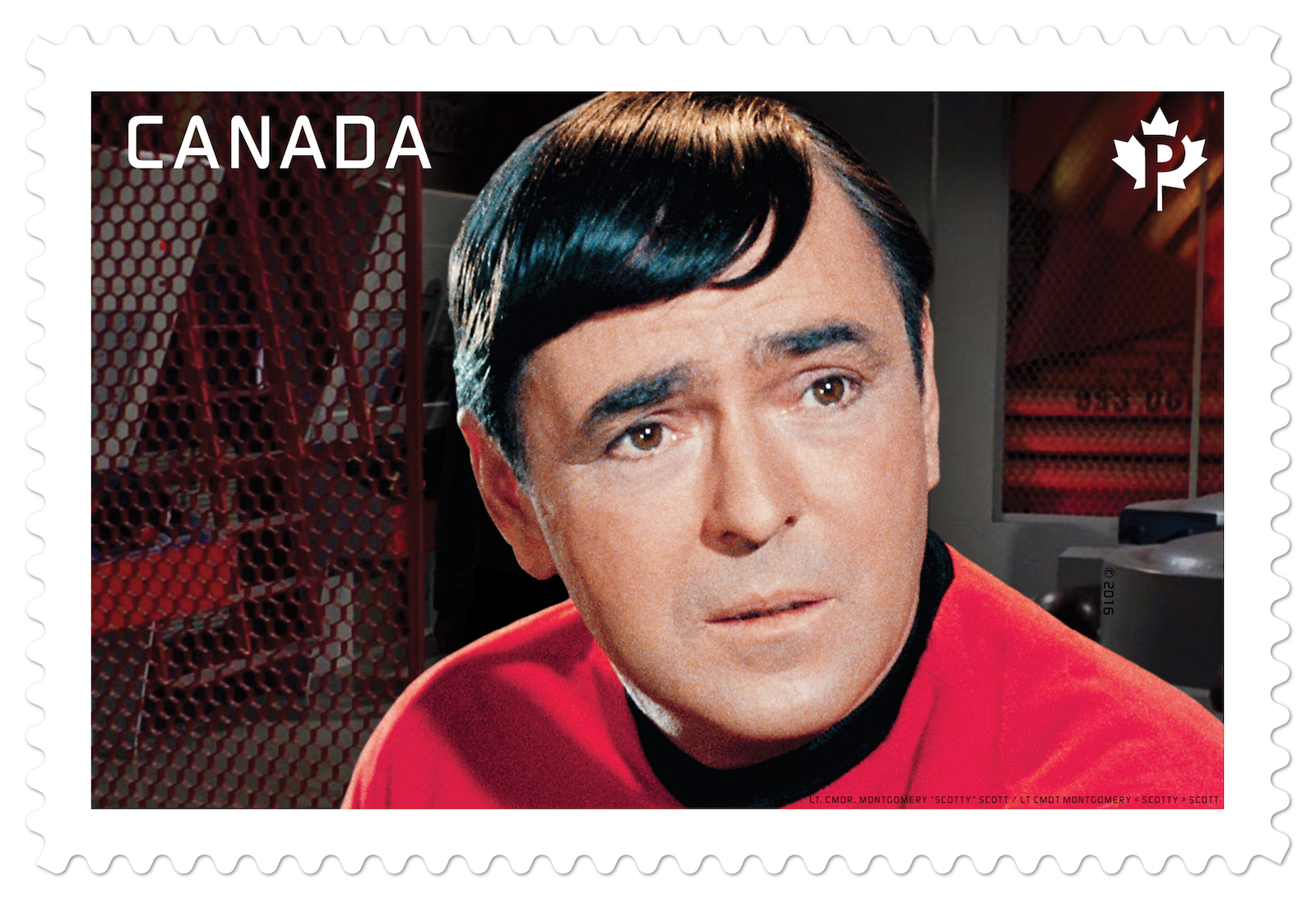 “Beam me up, Scotty” is perhaps the most famous line in Star Trek, Gene Roddenberry’s television blend of science fiction, adventure, optimism, and inclusivity. What’s less well known is that Montgomery Scott, the cantankerous engineer of the U.S.S. Enterprise at whom the command was directed, was in fact played by a Vancouver-born Second World War veteran and method-trained actor whose real-life adventures were as strange and bold as the show’s.

The third of four children, James Montgomery Doohan was born March 3, 1920. His family had emigrated from Ireland, following Doohan’s aunt to Vancouver. His father, a laboratory worker and temperamental alcoholic, moved the family to Sarnia when Doohan was six. Writing about his tumultuous childhood in his autobiography Beam Me Up, Scotty (co-authored with Peter David), Doohan says, “More than anything, I just wanted to get away.”

His means of escape was enlistment. Doohan joined the Royal Canadian Artillery and was stationed in England, where he completed officers training. On D-Day, Lieutenant Doohan was a gun position officer with the 13th Field Regiment, landing at Juno Beach and helping to secure the town of Graye-sur-Mer.

As Marc Milner recounts in “The Guns of Bretteville,” “Late on D-Day, Lieutenant Doohan was returning from a patrol when he was hit by machine gun fire (possibly from a Canadian sentry).” Three bullets struck his right middle finger. “I could see the holes,” Doohan recalled in his autobiography. He’d been shot in the leg as well. What’s more, a silver cigarette case in his breast pocket had a bullet-shaped dent in it. Doohan recovered, though his finger was amputated.

Doohan then trained as a pilot, joining the RCAF, transporting personnel around the battlefront. On one flight he made a rough, unscheduled landing on the Autobahn.

After V-Day, Doohan turned to acting, winning a scholarship to the Neighborhood Playhouse in New York. He studied under the legendary Sanford Meisner, alongside Lee Marvin, Richard Boone, and Leslie Neilsen, who would become a friend and roommate. Doohan soon moved to Hollywood to pursue an acting career.

Prior to Star Trek, Doohan was a guest on shows such as Bonanza, The Fugitive, The Twilight Zone, and Gunsmoke. He played Phil Mitchell on Space Command, the CBC’s first original dramatic program; on another CBC show, The Well, he portrayed the lawyer of a drunken cad played by William Shatner. 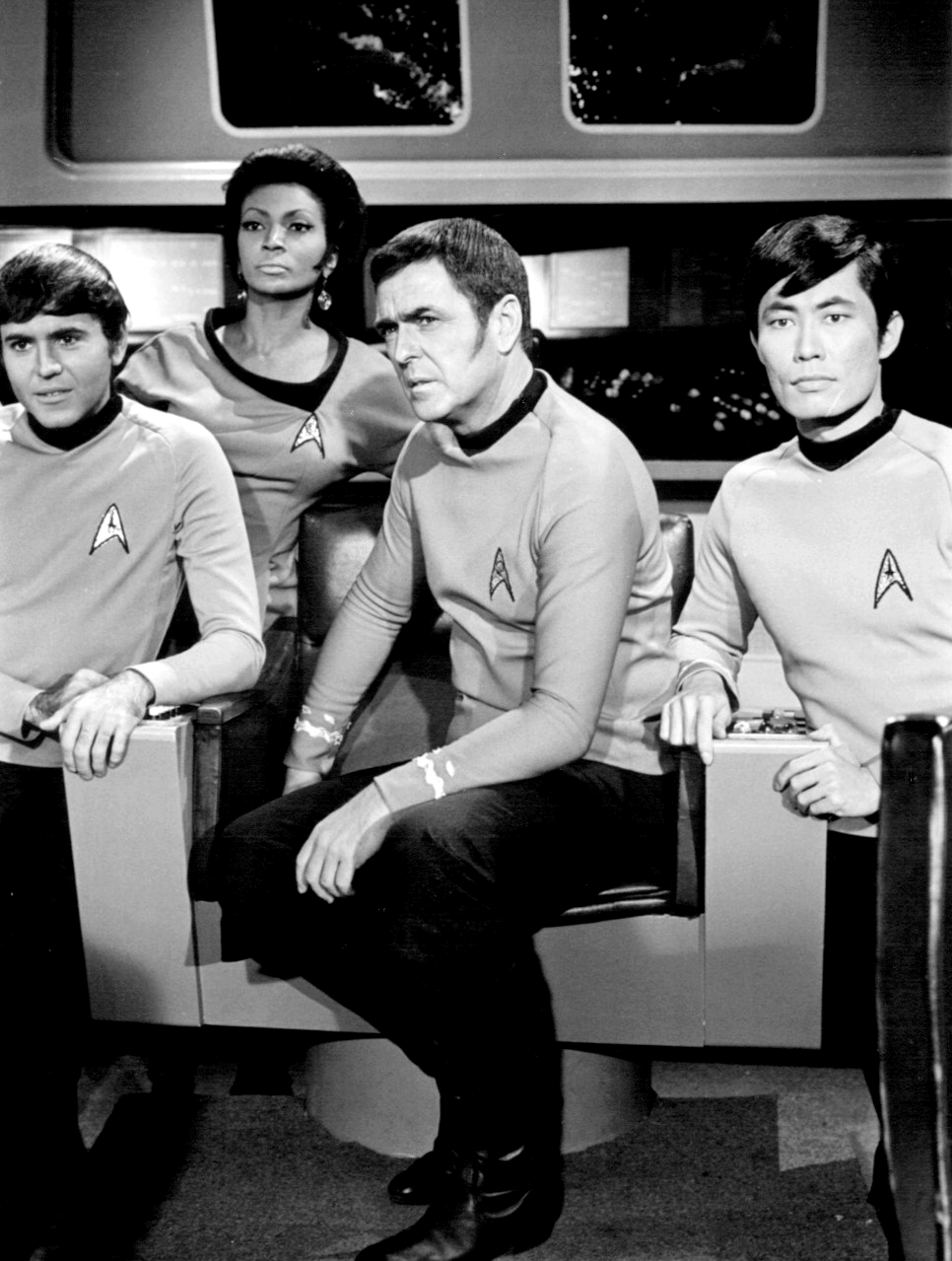 A gifted impressionist, Doohan made a name as a voice actor capable of mimicking accents. In a discussion with Gene Roddenberry, Doohan told him the engineer of the Enterprise “had better be a Scotsman, because in my experience Scotsmen are the best engineers.” Doohan modelled Scotty’s accent after a man from Aberdeen he’d met in England, though Roddenberry cautioned, “You mustn’t make the accent too thick.”

Appreciating the steady paycheque of an ongoing series, Doohan praised Star Trek’s writing, especially the first two seasons. Roddenberry became a friend; the two went sailing together, once even getting lost at sea. By the third season, ratings were suffering, and Roddenberry was exhausted by refereeing between Shatner (Kirk) and Leonard Nimoy (Spock). In a letter to the two later published in The Fifty-Year Mission, Roddenberry tells Shatner, “Your constant frantic concern, not only over Spock’s lines, but lately McCoy’s, Scott’s, and most recently even Chekov’s small part is… a key factor in the sabotage and breakdown of whatever stage morale is left.”

Doohan didn’t mince words when it came to Shatner. “I didn’t like the man,” he writes in his biography. In The Fifty-Year Mission he recalls, “There were parts where I was favored during the second year that were all cut out.” Years later, on the Howard Stern Show, Doohan would be even more blunt: “Shatner’s just an ass… He doesn’t know how to act.”

Shatner, for his part, sees this as a case of a supporting actor jealous of a star. “Once, while posing for a publicity photo for one of the Star Trek movies,” he writes in Shatner Rules, “the photographer dared put me/Kirk front and center. And I very clearly heard Jimmy Doohan exclaim, ‘Why is he always up front? I’m tired of being in the back!’”

After cancellation, Star Trek was revived as an animated series for which Doohan provided multiple voices, and a series of films. But perhaps the most enduring legacy of the series is its fan conventions, which created the blueprint for “nerd culture” mega-events like San Diego Comic Con. Doohan attended the second annual Star Trek Convention in 1973, signing autographs and telling anecdotes. This would grow into a lucrative appearance career. “The attendees loved Jimmy,” convention organizer Adam Malin says in Shatner’s book Get a Life! Shatner himself praised Doohan and George Takei (Sulu) for being “the first Enterprise crewmen ever to brave a Star Trek convention… Jimmy and George held court beautifully.”

A father of seven, Doohan was married for the third time in 1974, to 18-year-old Wende Braunberger. The two honeymooned in Vancouver, taking a train through the Rockies to Calgary. “The Thompson River and the Fraser; you’d go out of your mind just seeing them,” Doohan writes. The family settled in Redmond, Washington. 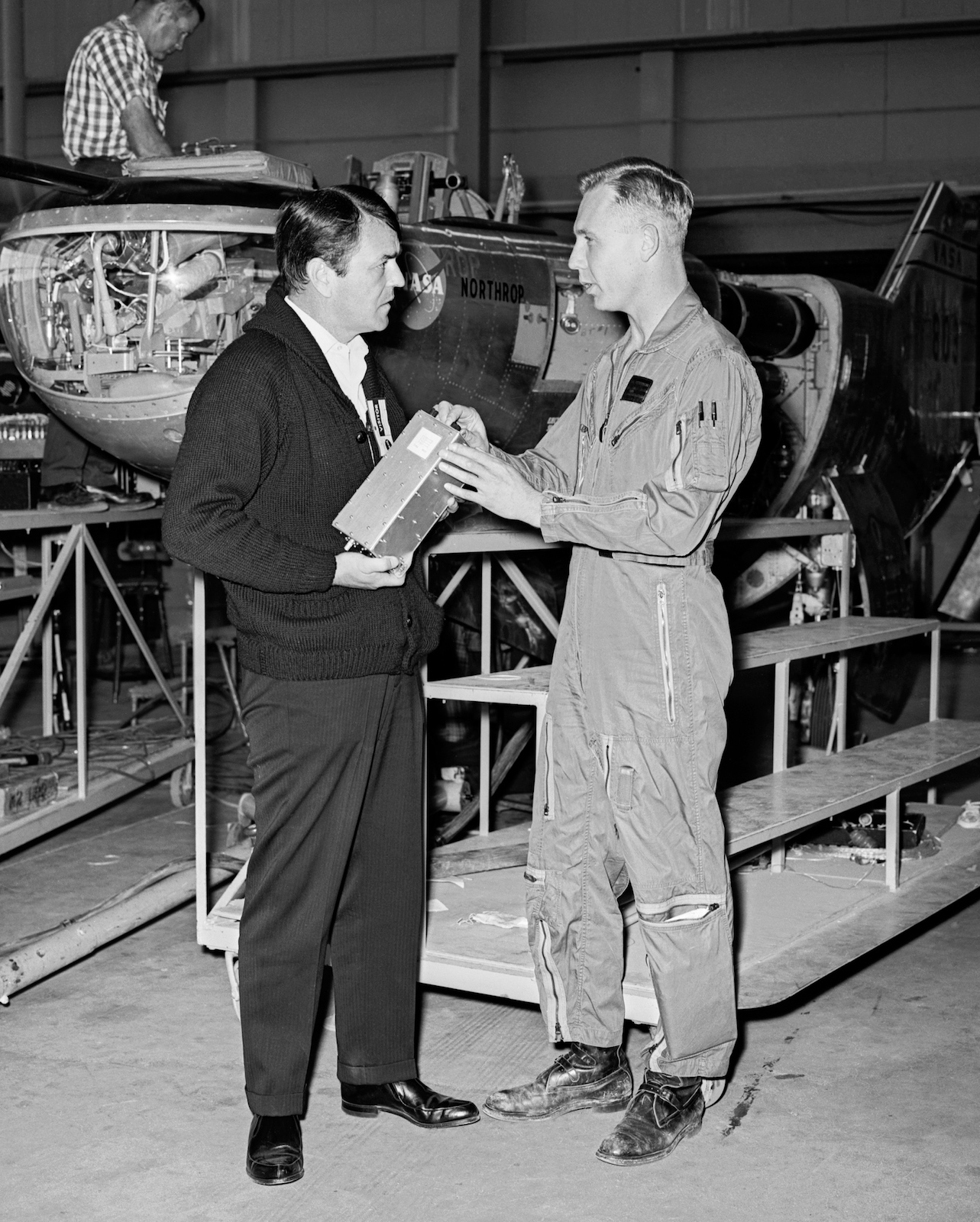 In later years, Doohan suffered from Alzheimer’s and Parkinson’s, among other ailments. In August 2004 he celebrated receiving his star on the Hollywood Walk of Fame with a final event fittingly titled, “Beam Me Up, Scotty… One Last Time.”

Doohan passed away in 2005, but his journey didn’t end. A USA Today article recounts how Doohan’s family helped smuggle a portion of his ashes onto the International Space Station: “The caper entailed printing three cards with a Doohan photograph and laminating each with a sprinkling of ashes sealed inside hidden inside his flight data file.” Chris Doohan said of his father, “He always wanted to go into space,”

From Vancouver to Sarnia, London to Normandy, New York to Hollywood, and from Redmond to space: James Doohan traversed the globe, entertaining millions, and putting a permanent stamp on television, science fiction, fandom, and popular culture.