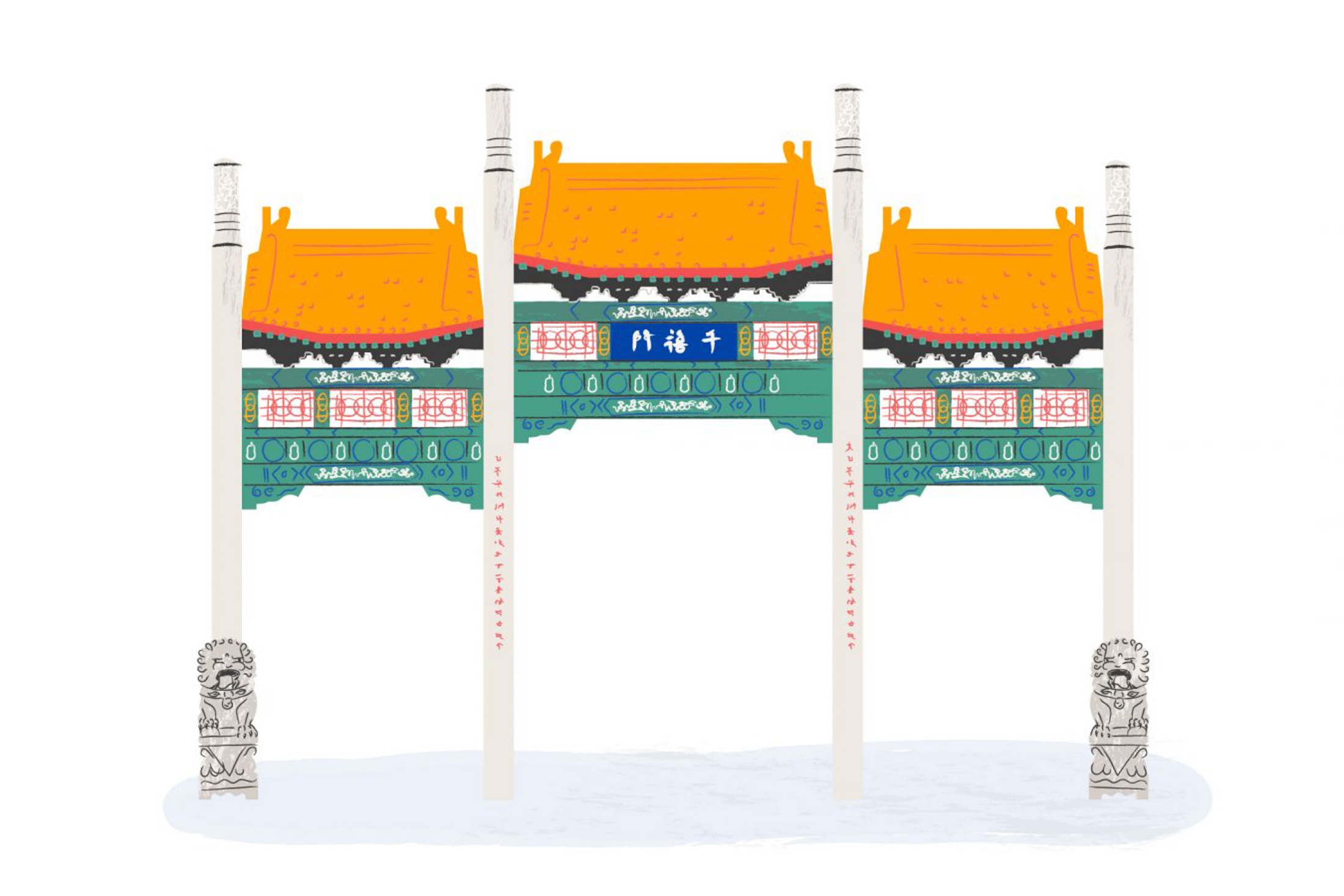 “Do you notice anything interesting about this building?” asks Haley Roeser, a tour guide for the Architectural Institute of British Columbia. We’re peering over at the Chinese Freemason Building on East Pender, having just begun our architecture walking tour of Vancouver’s Chinatown. “It’s very clearly built for the two different neighbourhoods, on the intersection of Gastown and Chinatown,” Roeser continues. Looking over again, I discover that the two sides of the building are indeed different. On Carrall Street, the exterior is Victorian and Italian 19th-century commercial architecture, with a simple and flat façade; on Pender, Chinese architecture reveals itself with beautiful recessed balconies dripping with lacy ironwork details. It’s rare to see a building bring two histories, two communities, and two architecture mediums together in this way.

Vancouver’s Chinatown, behind New York and San Francisco, is the third-largest in North America. It spans over six commercial blocks and emerged during the late 19th century when Chinese immigrants arrived in Vancouver in pursuit of work on the Canadian Pacific Railway or in the Gold Rush. Most of the structures here are preserved as heritage buildings, meaning that they are the gatekeepers of an often overlooked, and hidden, past.

Take, for instance, the Sam Kee Building, originally owned by Chang Toy, who operated the Sam Kee Company and was often also referred to by that name. Now known as the world’s narrowest commercial building and occupied by a local insurance company, this little spot wasn’t always so quaint. “This was a grocer warehouse that was demolished with the widening of Pender Street,” Roeser says, alluding to the very prominent bouts of cultural injustice faced by Chinese Canadians in the early years. “There were no compensations for his [Toy’s] losses, so he hired Bryan & Gillam to help him with a very creative revamp and use of space in order to make the most of this.”

Toy’s company ran laundry, real estate, and import and export services, along with another colourful business below ground. “In the basement, they were able to expand it to 10 feet, and it was used as a bathhouse,” Roeser explains, looking down at the neon lights flashing through little glass windows on the sidewalk. “Which is why you have these really interesting panels here, which allowed light into the basement.” It’s like a disco dance floor, forming a colourful path along the street.

Continuing our journey, we approach The Chinese Times building, where Vancouver’s first Chinese Canadian newspaper—and one of the city’s oldest—was published from 1914 until 1992. “This was built in 1902 by William Tuff Whiteway, who is responsible for the Vancouver Sun Tower,” says Roeser. The architecture found here, including brick exterior, oriel windows, and mezzanine on top of the first floor, is an example of a new wave of permanent building materials that replaced the mostly wooden structures in the neighbourhood after the Great Fire of 1887.

Our next stop is a look at the Wing Sang Company building on 51 East Pender, where we get a taste for the old and the mysterious. “The left façade that’s right here, this is the oldest building in Chinatown,” says Roeser, describing that the Wing Sang Company was an export and import merchandising business used as a Canadian Pacific Railway outpost. The structure was built in 1889 by Yip Sang; the two original floors became part of the underground after the streets were levelled.

In 1912, an additional six storeys were built on two eastern lots in order to accommodate Sang’s growing family of four wives and 23 children. “Another weird thing about this is this mysterious door that’s right here,” says Roeser, gazing upwards to a door that sits about three metres above ground. “I don’t know what that’s for, and have yet to find anyone who does. When this was built in 1889, this door was still a door that led to nowhere. It could have been for trains that came along here, for merchandising in some capacity. Or maybe it was for a balcony that never got built.” In 2009, the building was purchased by Bob Rennie, who renovated the interior, making it the new home of his art collection and development offices. Much of the original exterior is still intact, as well as the enigmatic door, which is painted black.

The Architectural Institute of British Columbia offers an array of walking tours throughout the city, focusing on neighbourhoods including Yaletown, the West End, and Strathcona. In Chinatown, the best way to finish the tour is to opt for a cup of hot soup at one of the last remaining legacy restaurants, or to enjoy a leisurely stroll through the Dr. Sun Yat-Sen Classical Chinese Garden. Stop to marvel at the ornate design of the Millennium Gate, and leave the neighbourhood with a greater understanding of how it came to be.

This article from our archives was originally published on February 27, 2018. Learn more about Vancouver Communities.