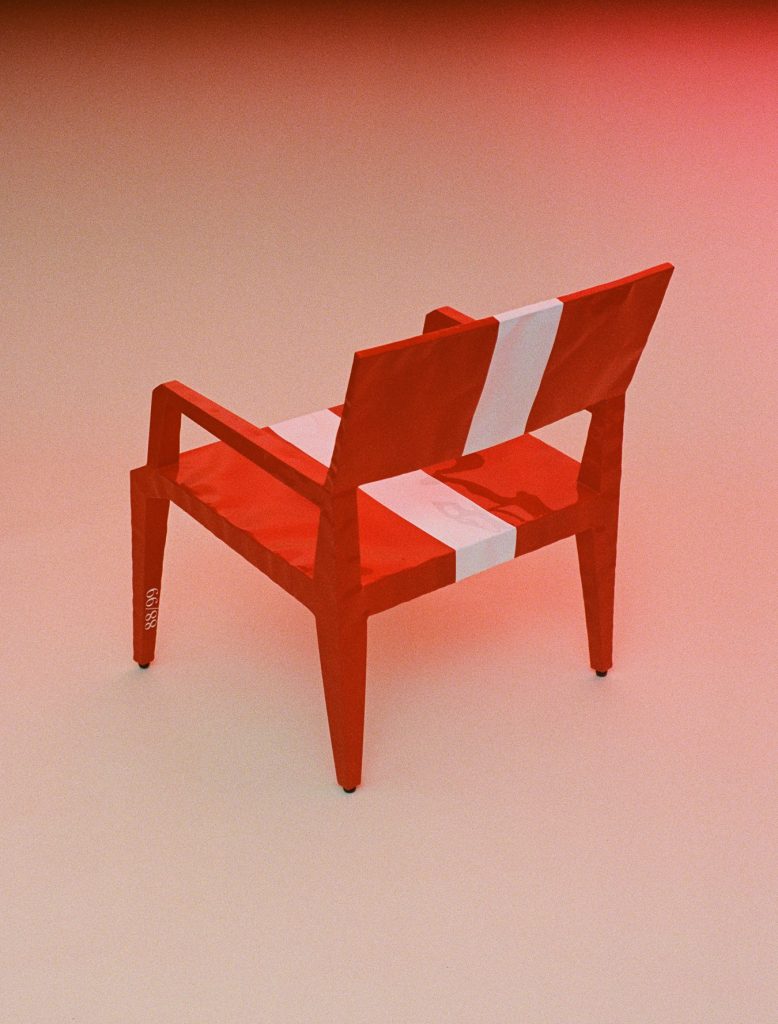 Designed by French contemporary interior designer François Azambourg, the Bugatti Racing chair was produced in a limited edition of 99 signed and numbered pieces. Produced by Italian firm Cappellini, it is composed of a metal plate that has been injected with polyurethane foam and lacquered polish—a technique used to achieve both lightness and strength. Taking a “speedy” cue from its sports car namesake, the chair is clad in flaming red, complete with a fireball design and white racing stripe marked down its centre.

Furnishings are not a new concept to Bugatti. In fact, patriarch Carlo Bugatti was an architect and artist celebrated for his furniture design, and was awarded the honourary prize at his first international show at the 1888 Italian Exhibition in London. Azambourg, similarly, has circled ’round the racetrack as well. In 2006, the designer launched the Mr. B series, a furniture collection—one that could perhaps be considered the precursor to the Bugatti Racing chair—of steel chairs, arm chairs, and stools manufactured by Cappellini and lacquered in the bright colours typical of racing cars.