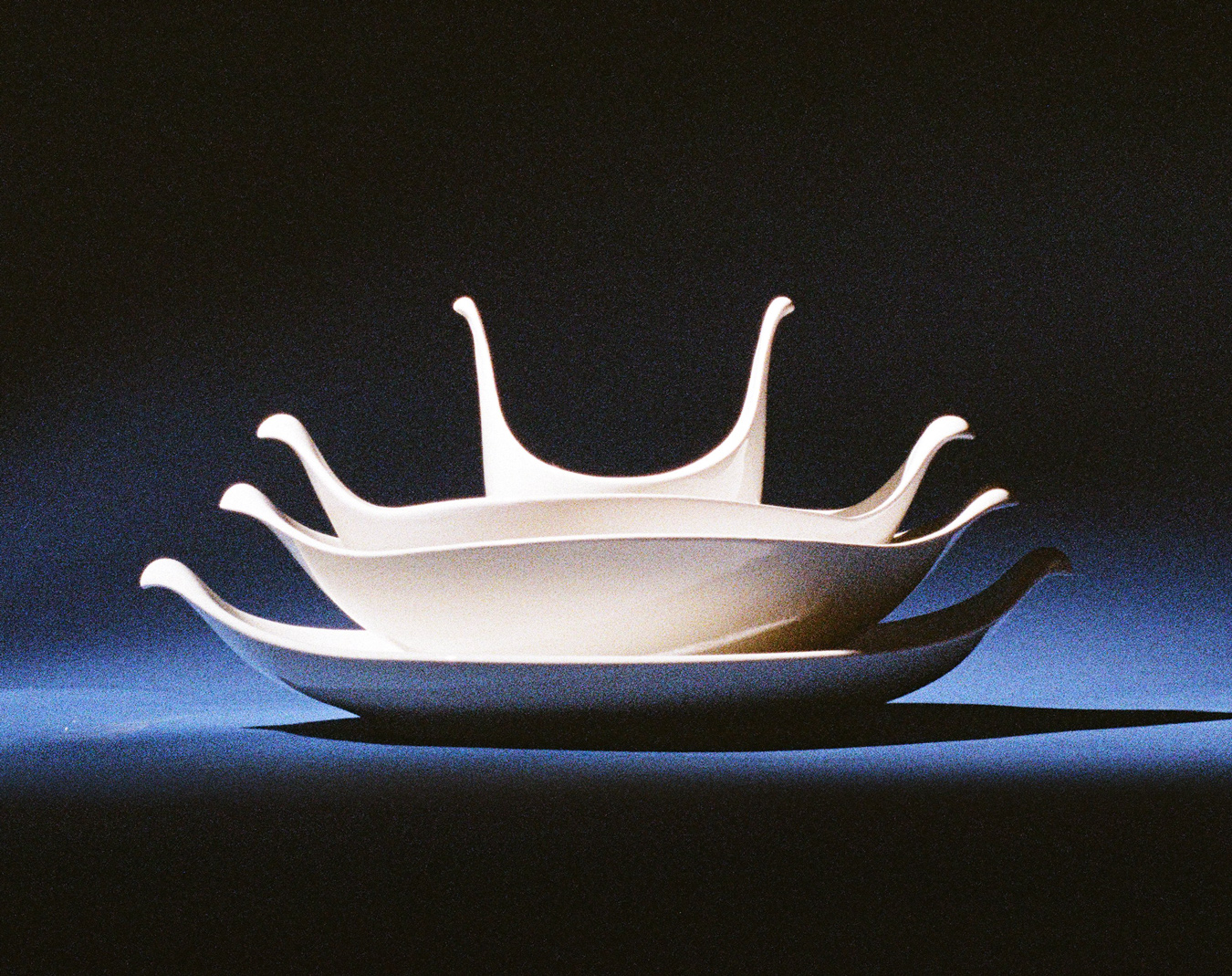 The Hallcraft Century Platters and Bowls were a collection of serving ware designed by Eva Striker Zeisel and manufactured by Hallcraft in 1957. A celebrated Hungarian industrial designer who received the National Design Award for Lifetime Achievement in 2005 at 99 years old, Zeisel was best known for her detailed work with ceramics and her fluid style. Hallcraft was a line developed by the designer in the early 1950s for porcelain giant the Hall China Company and remained in production until the end of the decade. The second of three collections Zeisel designed under Hallcraft, Century is distinguished by its delicate teardrop shapes that resemble a splash of milk frozen in time.