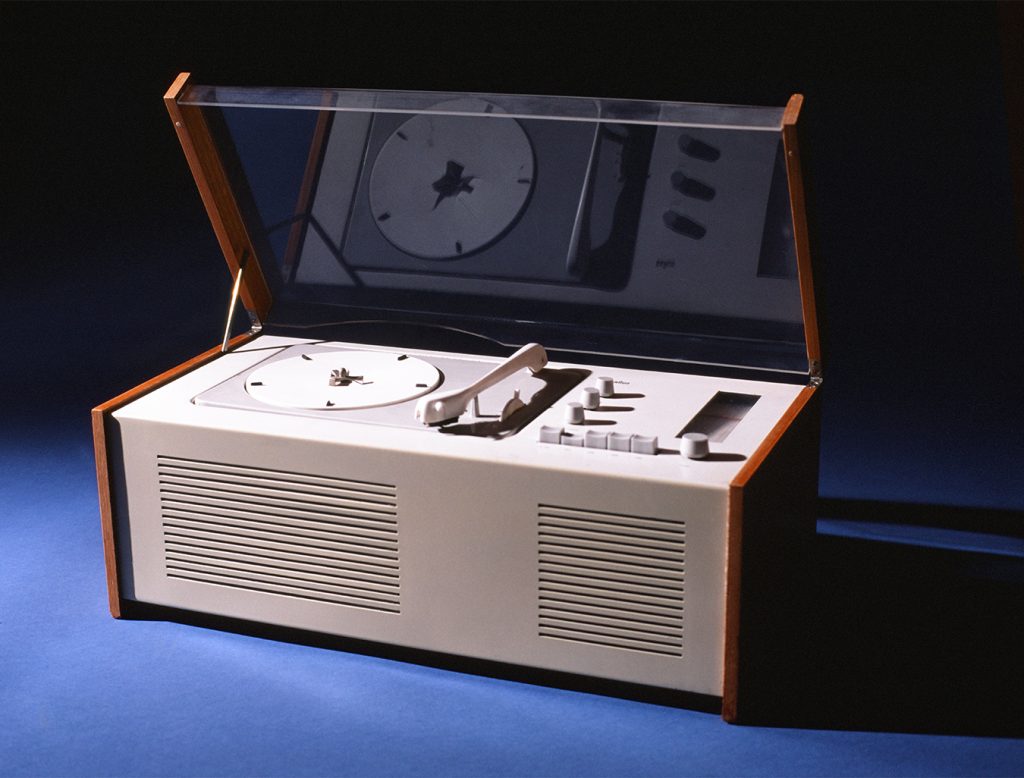 The Phonosuper SK4 was originally designed in 1956 to be a cost-effective entertainment unit, but its ingenious use of modern materials and minimal design meant it would become a classic. In 1957, the SK4’s descendant, the SK55, won the 10th Milan Triennale prize, the first time it was awarded to a German-designed object. (Until this point, German manufacturing had a reputation for quality rather than aesthetics.) Designer Dieter Rams started a vogue for right angles and monochrome, and German household objects began outperforming the pioneering American designs that dominated the previous generation.

Record players of the era had a wooden or opaque cover that hid the turntable. The design team for the SK4 considered using sheet steel for the lid but discovered that the material had a negative impact on the sound. Their solution was to use a transparent Perspex lid to display the beautifully arranged controls, a design that was quickly adopted by other manufacturers. Sheet steel was used instead as a single layer wrapped around the front, top, and back of the unit, with the electrical components inserted from the bottom. This clever design removed the unsightly wiring normally found at the back of the unit, allowing an entertainment system to be positioned in the centre of the room as furniture, perhaps for the first time.