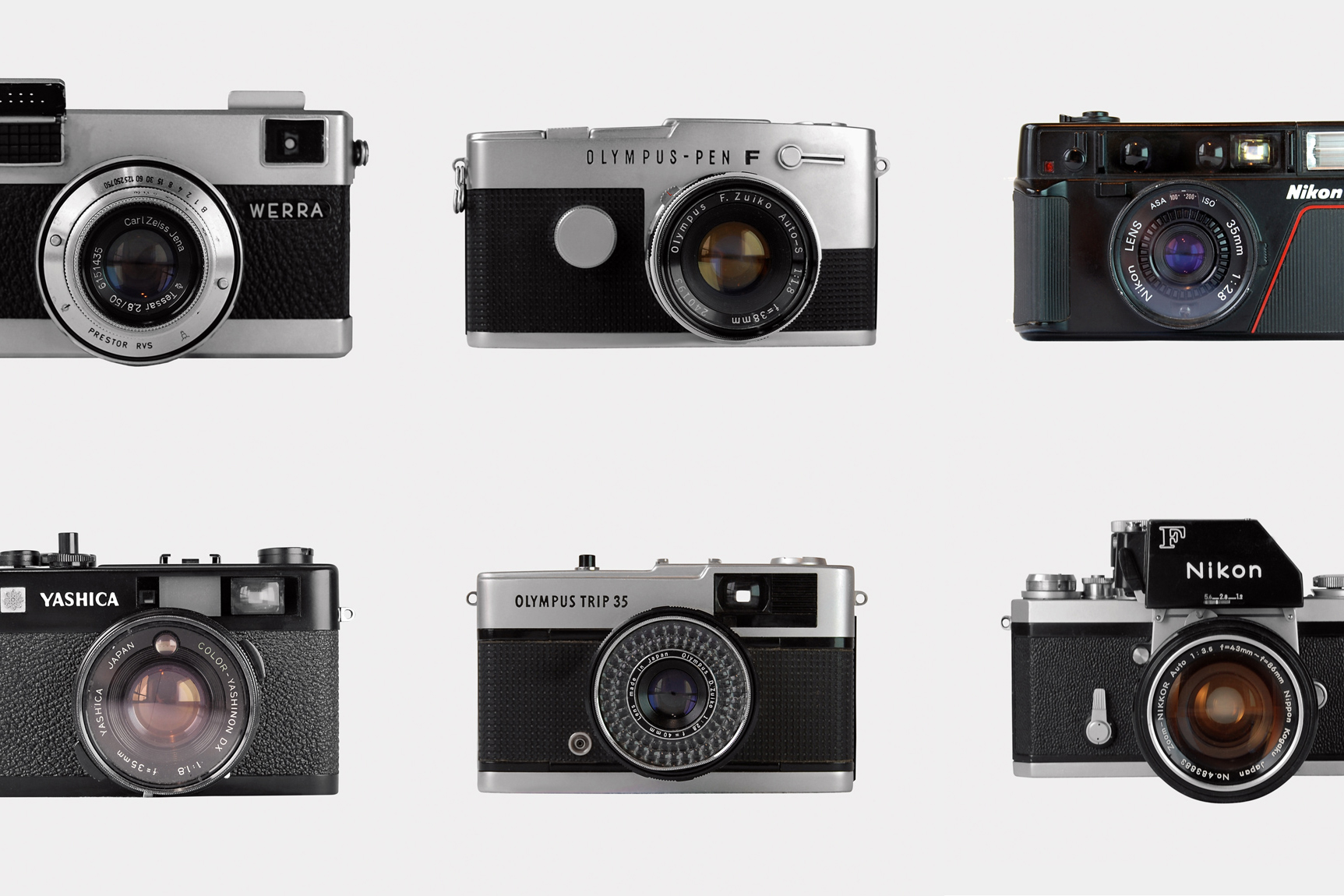 Vintage cameras, courtesy of the author.

The job of spring cleaning makes me think of my father. He’s dead now, and I ponder him a lot and how much we differ. He drank too much. I hardly do at all. He was a financial risk-taker. I’m foolish with my money but not really entrepreneurial. We both were bitten by the collection bug, though we collected different things.

I remember, when I was around 11, my parents went out. I dragged a kitchen chair into the master bedroom (we never called Mum and Dad’s room anything else). I opened the closet and clambered up to the top shelf. From there I could reach the hatch to the attic. I sought my father’s CO2 pistol, a Crosman Mark II that shot pellets.

I didn’t find it. Or rather, I stopped searching for it because I discovered, inside two black garbage bags, my father’s substantial collection of Penthouse and Playboy. It comprised over 200 magazines dating between around 1973 and 1981. Over the next two years, I perused the issues with careful attention. One particular one, ahem, fascinated me. The model had dark hair, big brown eyes, and light brown skin. In a memorable image, she stands in a steamy arboretum, jade-coloured fronds lilting in her presence, wearing a pith helmet, suspenders, jodhpurs, and nothing else. These days, when I sift through antique stores and thrift shops, I sometimes think of her. There is a certain paper stock, bulgy binding, and overall heft that screams dirty magazine and, time to time, I’ll flip through them hoping to find her again.

I spend more time than I should in tired, cluttered establishments dedicated to the treasures and, admittedly, the junk of yesteryear. For the last 15 years, I have moved from one hunting and gathering craze to another. It can be a lonely and furtive activity. It feels like no one understands your obsession. But it has its rewards. You develop an eye for quality. You learn how to bargain. You can even make a few bucks.

I’ve collected bicycles; anything with a banana seat tempts me. I store them in the basement. How about old MacIntosh computers, like an original clamshell iBook G3 233 MHz? Yes, please. Obscure vintage board games? Sure. Then there are film cameras. That phase started when, on a whim, I bought a working rangefinder camera—a chrome and leatherette beauty—for $24. I remember the conversation at the register. “Oh, a film camera,” the cashier said. “We have lots.”

“Oh, no,” I said. “I just need the one. Why would I need more than one film camera? That’d be crazy.” Now 200 pieces of photographia (that’s what we call camera crap) gather dust on my closet shelves—which brings me back to the topic of closets. My wife and I have separate ones. Hers has clothes. Mine has cameras and clothes on a rack underneath. If you look between the dinner jackets, suits, and blazers on the rod, you will find hanging between them an accumulation of guitars, banjos, and ukuleles. There are more instruments than cases, and my solution is to string them up by the neck. My clothes provide the perfect padding for the fragile instruments; they also camouflage the number I have at any given time.

It gets worse. Since last fall, I’ve been cruising Craigslist for brass instruments. My excuse: our twin boys started band class. The first thing I bought was a broken trumpet for $65. I’ve fixed it and it works, and I’ve taught myself to play it alongside my son. But things came to a head when I dragged home a trombone. The other boy plays clarinet—nobody in the household plays trombone. When my wife saw the big instrument in its ancient, dusty case, she started to tremble in anger and frustration.

“No more,” I repeated after her.

“You can’t do this to us. Your things are everywhere.”

“I know.” I wanted to explain to her that I had this vision: one boy playing the clarinet, the other on a trumpet, me on a trumpet, too, and her sliding the trombone. That would be crazy. But it would be good. Because, when I’m out there wading through the detritus, I know that the thing I’m pursuing, this hobby, this obsession, well, I’m doing it on my own. And I just want to go home, but I can’t. Like I said, I’m a lot like my father.

It was with this insight (heck, more like a nightmarish vision of my future self) in mind that I started to give away or sell some of my acquisitions. I unloaded two post-war German cameras to a train engineer for a profit. I sold a sweet 1970s Yamaha acoustic guitar that has a cult reputation among collectors, but I let it go for what I paid for it because I was more interested in it going to a good home. And, over the winter, I offered a handmade bossa nova guitar from Brazil to a musical kid at the boys’ school. So, I’m trying.

Just last week, I struck up a conversation with the guy painting some suites in our building. Somehow we got to talking about ukuleles. His little boy received one for Christmas, but it was the father who couldn’t put the instrument down at night. He mentioned that what he needed was a good soprano recorder because that’s what his boy had to play in music class at school. “Imagine me and my son playing Creedence Clearwater Revival together,” he said.

Buddy had that glint in his eyes, that vision.

It was an Aulos. Nothing fancy about it, but Auloses keep a tune, and this particular model had a beautiful flaring bell at the bottom.

Then he put his left hand on my shoulder and shook my hand with his right. For a brief time, I didn’t feel alone in this mess at all.

This article from our archives was originally published on March 14, 2016. Read more in Essays.