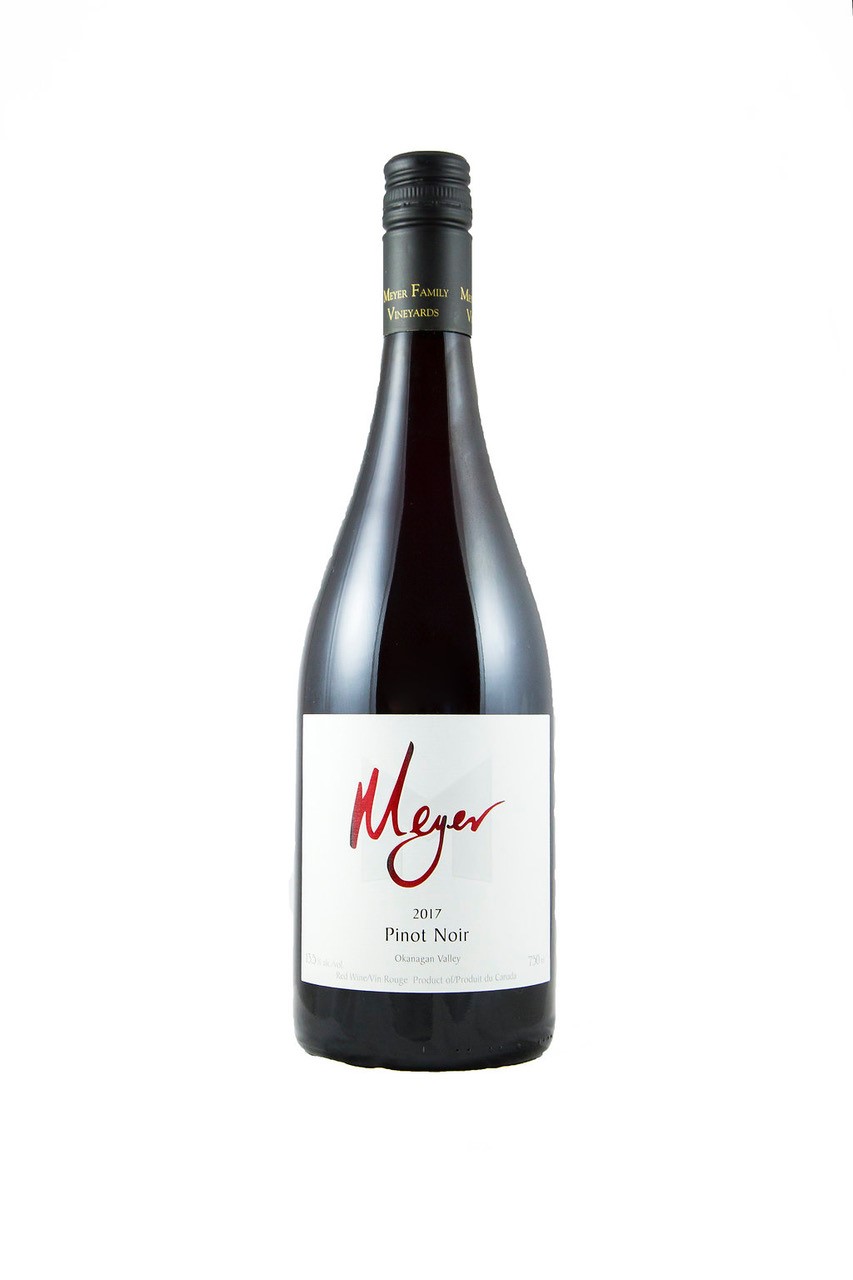 There is a chill in the air making our wardrobes change—it’s officially autumn. But beyond simply adding layers at this time of the year, our whole ethos is in transition, from the extra time we elect to stay indoors, to what we eat, and ergo, what we drink.

While scarlet wines are not relegated nor limited to the cooler half of the year, there is something compelling—and warming—about uncorking a succulent red right now. Here are three noteworthy options from British Columbia.

Although pinot noir isn’t (and shouldn’t be) a brawny red, this variety remains effortlessly suitable for the fall. Its silky palate and earthy character wonderfully complement the season’s cornucopia of foraged mushrooms or sweet and pragmatic beets and squash. Okanagan Falls-based Meyer Family Vineyards specializes in pinot noir (and chardonnay, for those looking for a white); proprietors Jak and Janice Stevens-Meyer have mastered the heartbreak red grape since their start in 2008. Their entry-level version, Meyer Pinot Noir 2017, is anything but basic—yet it is entirely approachable and ready to drink. Expect classic forest floor and leather notes, which are hoisted by layers of juicy cherries, wild berries, and fine spice. The grapes harvested for this wine come from Okanagan Falls, Kaleden, and Kelowna.

Then there is the rugged and arid terrain of the Similkameen Valley, which is becoming an increasingly consequential segment of the B.C. wine industry; almost parallel with Oliver to its east, this fruit-growing area is producing some of the province’s most prized red wines. Among them is Clos du Soleil’s impeccably well woven 2014 Estate Reserve, a blend of primarily merlot with cabernet sauvignon, petit verdot, cabernet franc, and malbec. Generous and concentrated, it boasts velvety cassis laced with pencil shavings, baking spices, and mocha. The current freshness of this wine is very appealing, but it could also easily age a decade more.

And despite changing ownership twice (it was purchased in 2007 by Calgarian Glenn Fawcett’s Vinequest Wine Partners Limited Partnership, and then sold to Andrew Peller Limited in the fall of 2017) since its conception two decades ago, Oliver-based Black Hills Estate Winery continues its upward trajectory. While Nota Bene might maintain its crown as the winery’s dependable flagship, new labels have been steadily appearing over the past decade to fatten up the portfolio, and one such addition is the new-ish Ipso Facto (meaning “by that very fact”). Its second vintage, the 2016, is composed mainly of syrah that has been rounded out with merlot and cabernet sauvignon. The syrah sets the mood for this wine; high-toned blackberry and cherry aromas are lashed with espresso, licorice, fine white pepper, and baking spices. It has inspiring levity on the palate and a long, spicy finish. A few years in the cellar will soften any youthful angles, but it is drinking well now, too.

In front of the fire with a good book, or over dinner with friends—red wine offers a sense of comfort and coziness as the leaves change. A new season is here, so we might as well toast to it.