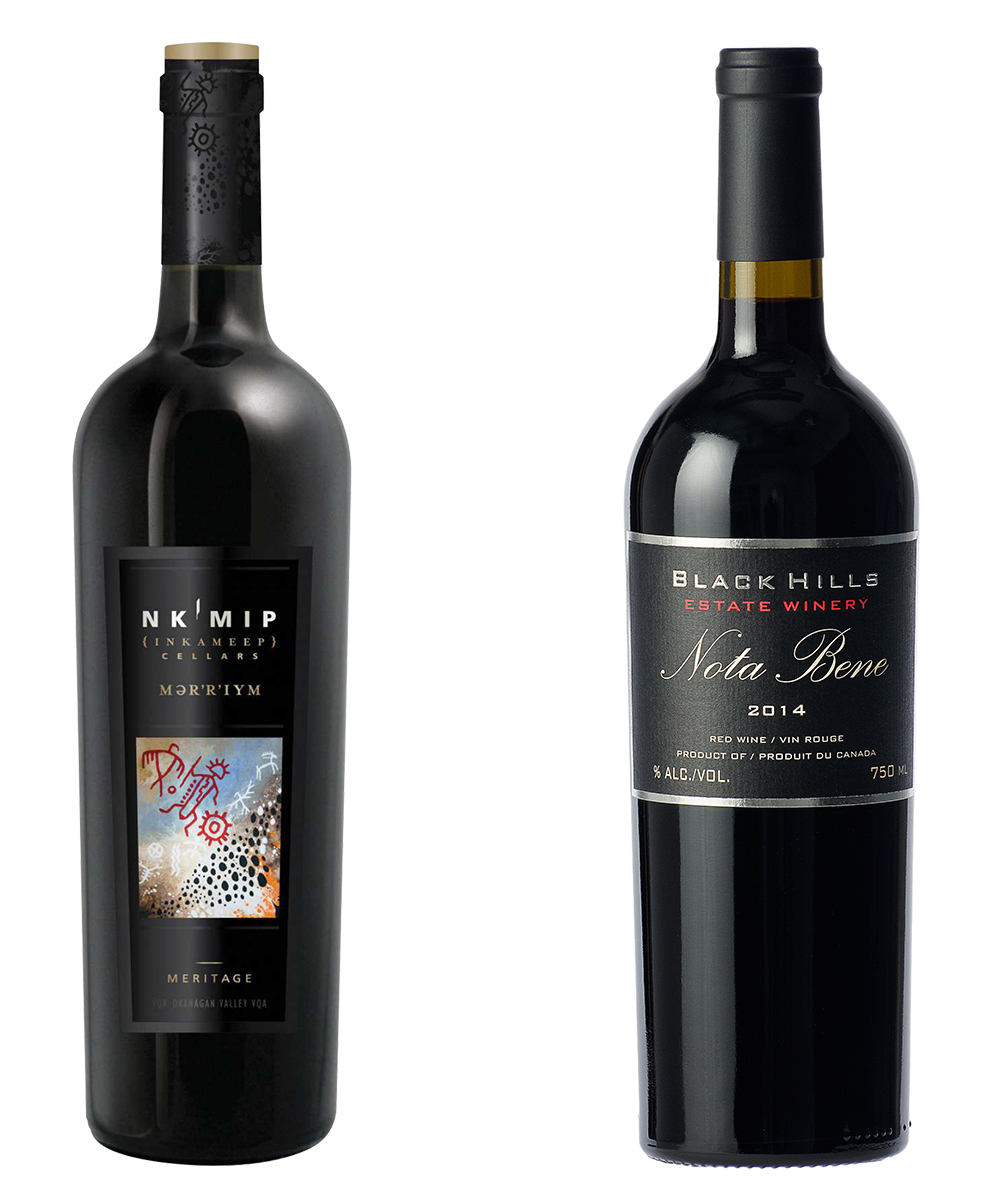 Meritage is a name applied to red wines that feature some kind of blend of the Bordeaux varieties. (On rare occasions, a white wine might bear this name, too.) In the case of Nk’Mip Cellars’s splendid Mer’r’iym ($54), the blend is 76 per cent merlot, 12 per cent cabernet sauvignon, seven per cent malbec, and five per cent cabernet franc. Because merlot is dominant, this wine has silky tannins and a bounteous bouquet. The merlot brings a classic Okanagan cherry note, while the overall blend features some richer, darker fruits, and even hints of chocolate. It has firm structure, finishes long, and is a completely satisfying wine. Likely to develop well over time, this wine is nonetheless very approachable now, and would be fantastic with the cheese platter you might end a meal with, although almost any grilled red meats or game birds would be terrific, too.

Just a bit further north sits Black Hills Estate Winery. The latest release of their flagship wine, Nota Bene ($63) is another of the Okanagan meritage blends that is hitting great heights. For Nota Bene, in this its 16th vintage, it is 52 per cent cabernet sauvignon, 33 per cent merlot, and 15 per cent cabernet franc. You might expect this wine to be wound fairly tightly, the fruit needing some time to begin expressing its promise, and you would be right. However, this vintage of Nota Bene is one of the most accessible ever, upon release, already generous in its elegant plum and cherry notes. The relative softness of the tannins, and the great balance in its structure, mean this wine can age almost as long as you can will yourself to keep it—but sometime over the next year or two, an occasion with barbecued rack of lamb, fingerling potatoes, and a kale and lemon salad will likely entice you to open it, which is why you may want to buy two, at the least.