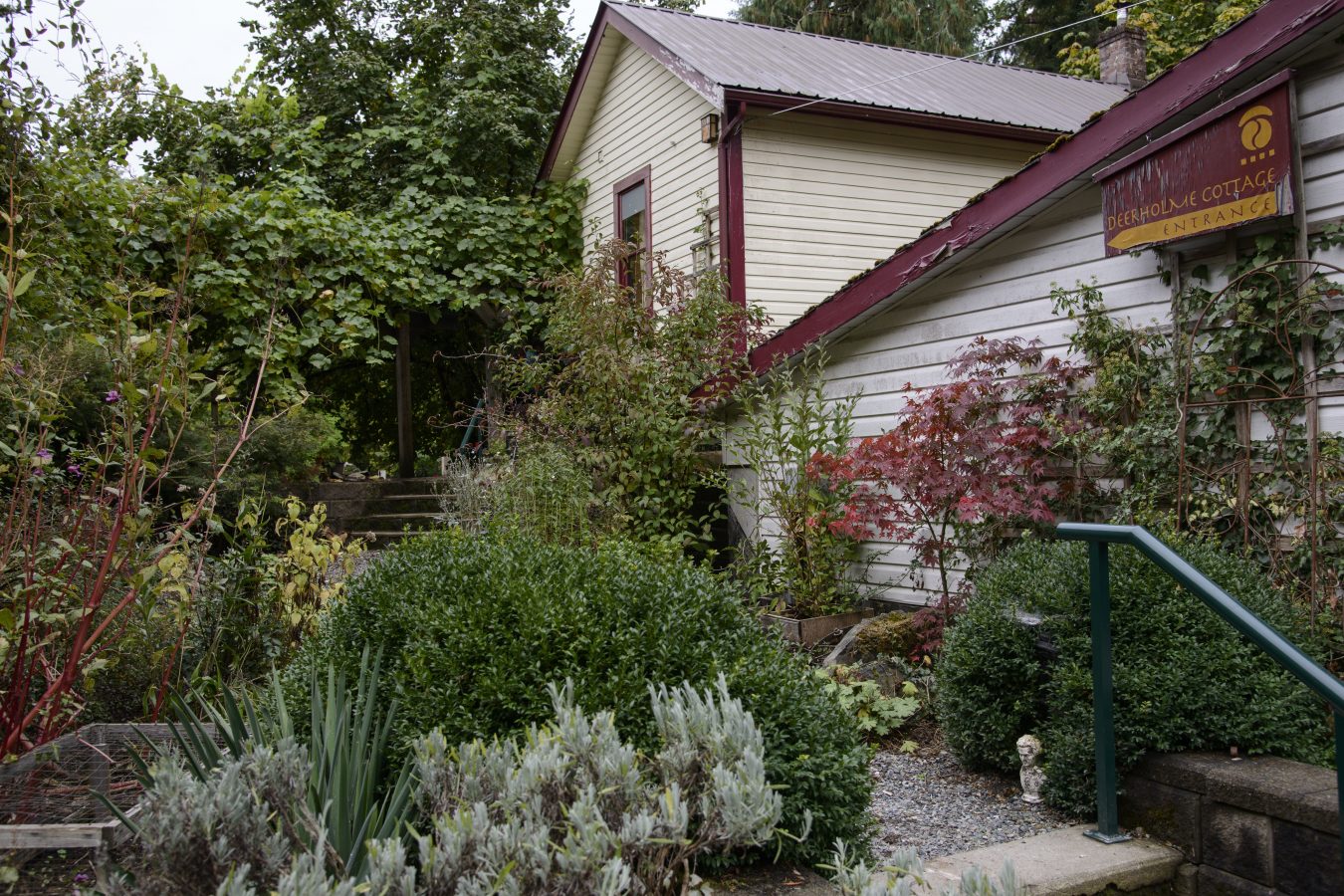 Mushroom foragers are famously jealous, guarding their best hunting grounds like the treasures they are. Bill Jones, author of The Deerholme Foraging Book (among others), is an exception, devoting his career to sharing everything he knows about sourcing and preparing wild food.

Starting out as a geologist, Jones has covered a lot of ground. It was long periods spent in the bush, and a backpack full of bland, dehydrated food, that first opened his eyes to the wondrous potential of foraging. Today, Jones embraces many callings—cooking, farming, consulting, and writing—all of them centered on extolling the virtues of local crops.

Deerholme Farm, in the lush Cowichan Valley on Vancouver Island, is clandestine and lovely, like a prize mushroom. It is ground zero for Jones’s (mushrooming) mushroom empire. Here is where guests gather for his monthly local food dinners, each carefully constructed around a theme. Attendees sit at communal tables, bring their own wine, and indulge in an atmosphere that is equal parts low-key dinner party and destination restaurant.

“The dinners are a fun way for me to play with food and to keep my cooking muscles flexed,” Jones says. In more than 10 years, a dish has never been served twice, and themes continue to present themselves to him—everything from recent travels to popular holidays inform the menu. “We have had evenings based on many culinary regions of world, from France, Sweden, Korea, Japan, and Peru,” Jones recalls. “In February, we’ll do a dinner called The Happiness Dinner, based on foods that increase serotonin levels and promote feelings of well-being.” The dishes are endlessly varied, but the emphasis on meeting new people and enjoying the regional bounty never changes.

For all the focus on local food, it’s surprising to find out that Jones is not himself a British Columbia native. Like many transplants, Jones’s appreciation of his chosen home is all the stronger because it is just that: chosen. Originally from Nova Scotia, Jones and his wife have lived on the West Coast for 25 years, and had the foresight to envision the Cowichan Valley as something more than a logging community. “We saw the potential we experienced in other parts of the world and knew it would eventually catch up to us here in the Cowichan Valley,” he explains. “Specifically, we thought of areas like agro-tourism in Italy, winery tourism in Napa Valley, and culinary tourism in France.” They were right, and today the couple are at the forefront of a newly booming gastronomic scene. Vancouver Island has changed dramatically since resource-based economies were the backbone of most communities. Along with an influx of people retiring, or simply retiring from city life, has come a greater market for high-end accommodation and dining options. “It was tough going at first,” Jones remembers. “But today, people are definitely more interested in where their food is coming from and what they are putting in their bodies.”

But while Vancouver Island is transforming, the things that haven’t changed are what make it such a unique and compelling place to eat. “The island is in a temperate rainforest. This translates to optimum growing conditions for many wild foods, and particularly mushrooms,” Jones explains. Anyone who has hiked in the famously lush and ancient forests, or trailed along the beaches, knows that there is a certain fecund magic to this place, something that lends itself to very impressive fungi: “Some of the largest specimens recorded come from our region,” says Jones. In addition to his monthly dinners, private events, and cooking classes, Jones hosts foraging workshops on his farm, helping first-timers learn more about the landscape and how to safely enjoy the edible wonders within it.

At the core of Jones’s practice is an appreciation for this land. Even when he is devising a menu based on Spanish food (inspired by a recent trip to the Galicia region, where he was “hanging out with several Michelin-starred chefs”), it is the surrounding wilderness of Vancouver Island that has the most appeal. “My first step is to see what is locally available,” he says, “and how I can morph the products into Spanish dishes and still make it something of my own.”

Guests at Deerholme Farm, whether it be for dinners or classes, come away motivated to make something of their own as well. From a tomato grown on a window ledge to a hard-won mushroom from a secret corner of the forest, personally sourcing ingredients deepens the enjoyment of any dish. This seemingly simple idea is just one of many culinary insights that Jones is eternally excited to share.

Be inspired. Discover more from our Food and Drink section.