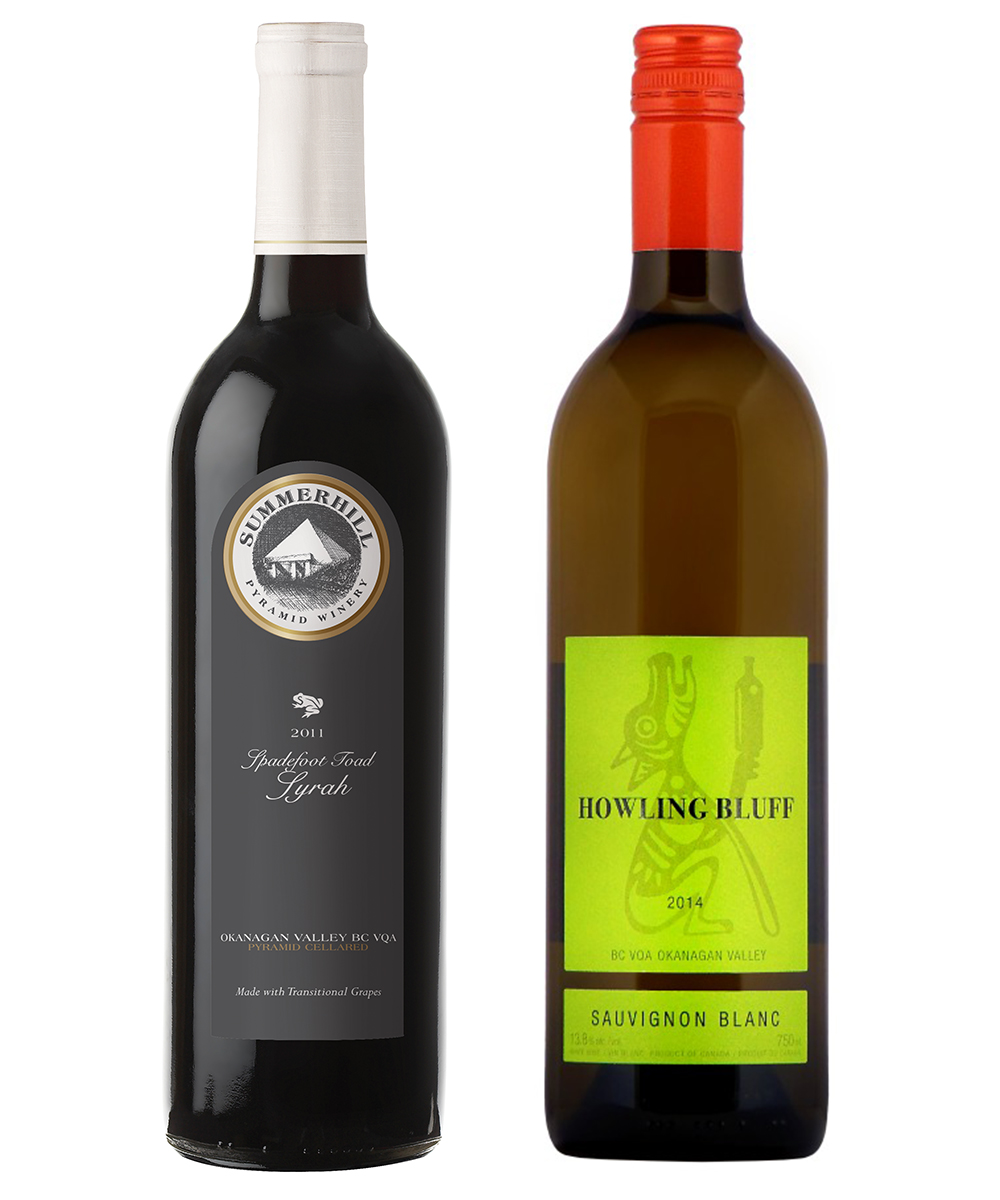 One of the most fascinating aspects of watching the television series The Killing is seeing scenes of Vancouver and Seattle being almost randomly cut together, as if there is one magnificent, sprawling urban centre containing both. The show can have the Seattle Public Library and the children’s park in Horseshoe Bay all spliced into one 45-second scene. No such confusion arises with Howling Bluff sauvignon blanc ($20). All estate fruit, this wine has all the hallmarks of classic sauvignon blanc, hints of grapefruit, and a touch of pineapple, but also with a slight racy, spicy, herbal note. A great shellfish, seafood sipper, although with all the heat this summer, you are likely to exercise restraint in not quaffing it faster than a speeding bullet.

Summerhill Pyramid Winery has been ramping up its already firmly established organic land management and winemaking programs, and that is saying something. Ezra Cipes is front and centre on such things for the whole Okanagan region, in fact. Part of the outcome is some splendid new wine, and that includes the vivid, fulsome, lovely Spadefoot Toad Syrah ($44). It is sourced from, yes, the Spadefoot Toad Vineyard near Oliver, another place that is well on the way to a full transition to organic certification. The wine has remarkable blueberry, white pepper, and even saddle leather notes, and can easily handle another few years of bottle time. But that would mean you would have to wait, and surely at least one bottle can be had with some barbecued back ribs, or even a nice roasted duck, the last glass of the bottle meant for two being consumed as you decide global warming debunkers need to be handled much more assertively.