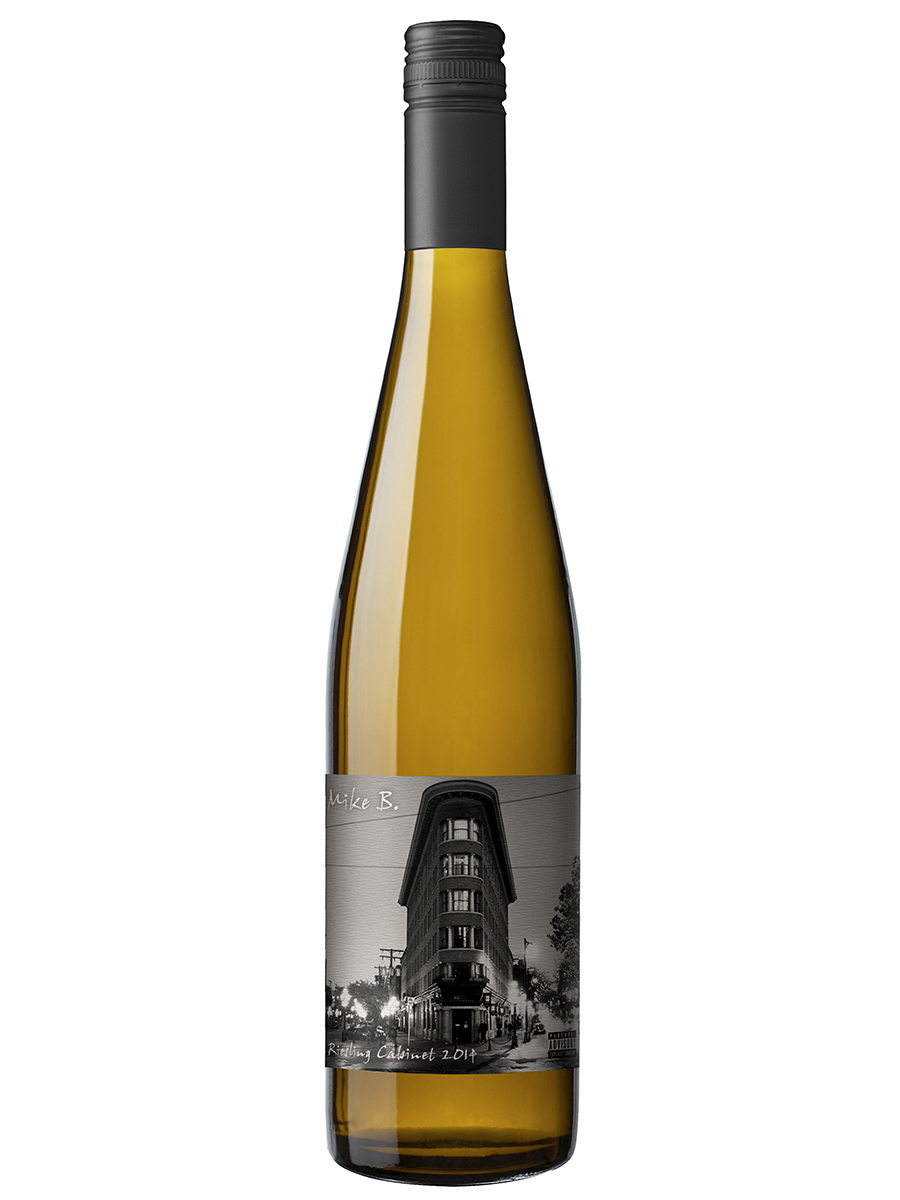 Riesling. To this day a puzzle of a wine for many, including some fairly experienced imbibers, who don’t know the full range of what the variety can offer. It is tied into the soil and environment the vines grow in, and the Okanagan is a fantastic place for experiencing it all, from the lush, fruit-forward wines that boast tropical, peachy fruit and some residual sugar, all the way to bracingly acidic, almost austere styles that are reminiscent more of Alsace than Germany. Culmina and Tantalus are great examples, Tantalus pioneering the style many years ago.

As part of the Okanagan Wine Campus project, Sommelier of the Year for 2014 Mike Bernardo, of Vij’s, won the privilege to make a wine of his choice, and, in a natural selection given the foods he pairs wine with on a daily basis, he chose Riesling. It is called the “Mike B.” and boasts a lovely image of the Hotel Europe in Vancouver’s Gastown, on its front label. The wine almost bursts out of the glass with peach and mango aromas, and has quite a luscious mouth-feel on attack. But it has a bright acidity that brings the fruit into great focus, and the lingering finish will only urge you to take yet another sip. Ideally, one bottle for dinner prep and the latest digitally remastered Brothers in Arms, another for after-dinner catch-up with Better Call Saul.

Okanagan Wine Campus, created in 2011 by Okanagan Crush Pad, is a mentorship program that provides the person named Vancouver’s Sommelier of the Year a chance to make a small lot wine using the grape variety and style of wine they wish. The proceeds from the sale of the wine are given to the BC Hospitality Foundation wine scholarship fund. Okanagan Wine Campus projects include Owen Knowlton of West Restaurant (2011), Terry Threlfall the Festival Sommelier for the Vancouver International Wine Festival (2012), Samantha Rahn of Araxi (2013), and this year’s Jason Yamasaki of Chambar.