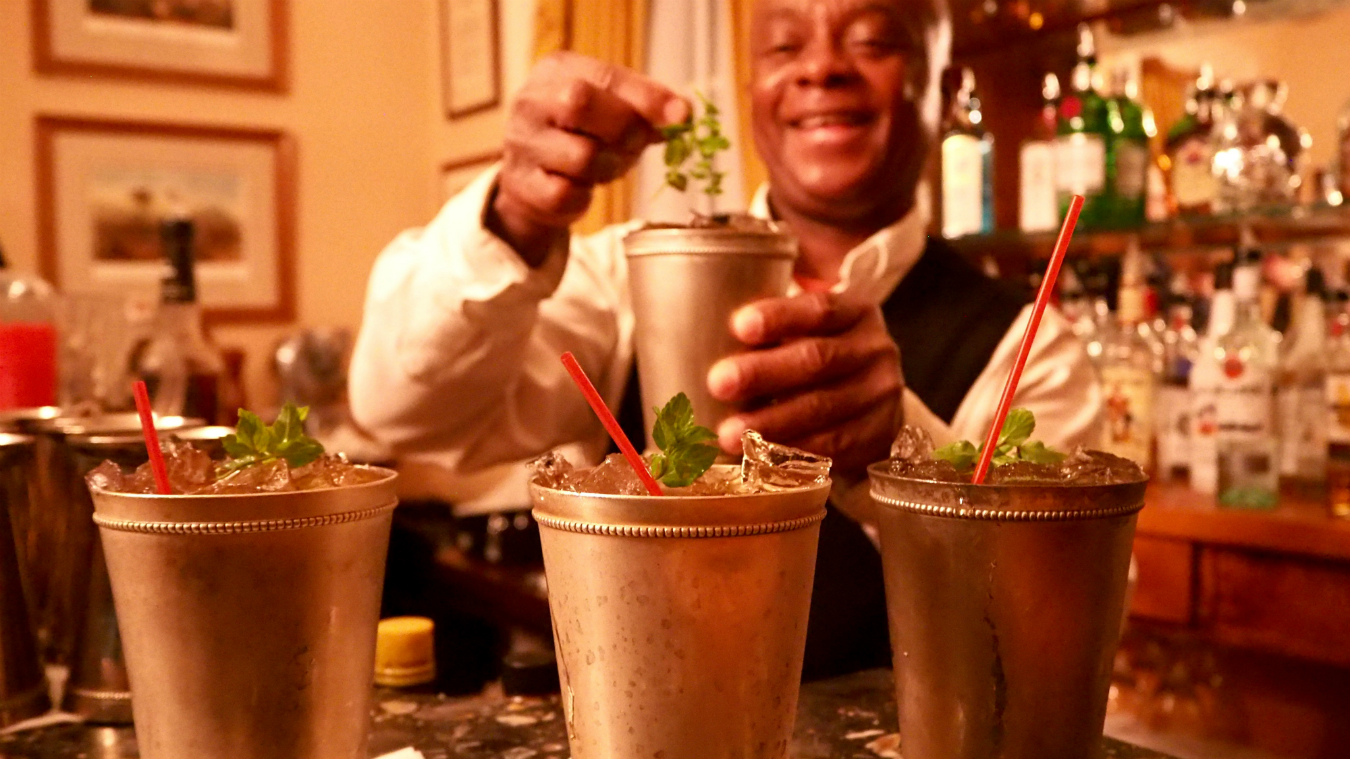 The first thing one learns when being introduced to the origins of a classic mint julep—especially when they are being taught by the famous Roosevelt Owens at the Monmouth Historic Inn & Gardens in idyllic Natchez, Mississippi—is that as with most treasured traditions of the South, certain rules apply.

Of course, as is also true of most treasured traditions of the South, the composition of this particular drink, a favourite of Ernest Hemingway, Rhett Butler, and Teddy Roosevelt, varies greatly depending on the person who is, at any given moment, behind the bar. “My recipe is world renowned,” Owens, a revered mixologist and, ironically, lifelong teetotaler, says at the beginning of a demonstration. “I’ve been mixing it for 34 years.”

A signature Southern States refreshment, the mint julep is an invigorating blend of bourbon, sugar, and mint. It’s also been the official drink of the Kentucky Derby since 1938, and is said to have originated in 18th-century Virginia as an eye-opening breakfast beverage for farmers and gentlemen alike, valued for its cooling powers and, naturally, medicinal qualities.

Southern author Martha McCulloch-Williams, who published Dishes & Beverages of the Old South in 1913, insists on “the best of everything… especially the mint and whiskey” when mixing her juleps. She provides specific instructions on chilling the spirits and dissolving the sugar, warning the reader never to bruise the mint, lest it create an acrid flavour which is “not to be endured”.

Teddy Roosevelt, on the other hand, was less particular, favouring both rye and brandy in addition to 10 or 12 mint leaves plucked from the White House garden and muddled into a paste.

Owens’s julep, which has never been sampled by its maker, calls for honey, a healthy share of sugar and Sprite, green and white crème de menthe liquor, amaretto, and club soda. The sugary liquids are boiled in water for 20 to 25 minutes before being combined with bourbon. “I thought it over one night, and decided to give it a try,” Owens explains as he crafts his concoction—which has earned him awards as well as an honourary Kentucky Colonel title over the years.

The construction of the julep is as important as its ingredients; in even the most relaxed recipes, the drink must be served with fresh mint in an ice-packed silver cup, held only from the bottom to avoid warming its contents. Owens is generous with his cubes, scooping them into hardy pewter tumblers before adding a shot of Evan Williams Kentucky bourbon to the mix. As for the garnish, he’s a traditionalist: he was seen collecting greens from Monmouth’s own herb garden moments before, and handles them with a gentle flourish as he tops off every frosty auburn brew.

The juleps are sweet, cold, and strong. But if he’s never tasted it himself, how does Owens know his cocktail is any good? He only shrugs, smiles, and gestures around the room. There’s not an untouched julep in the joint.