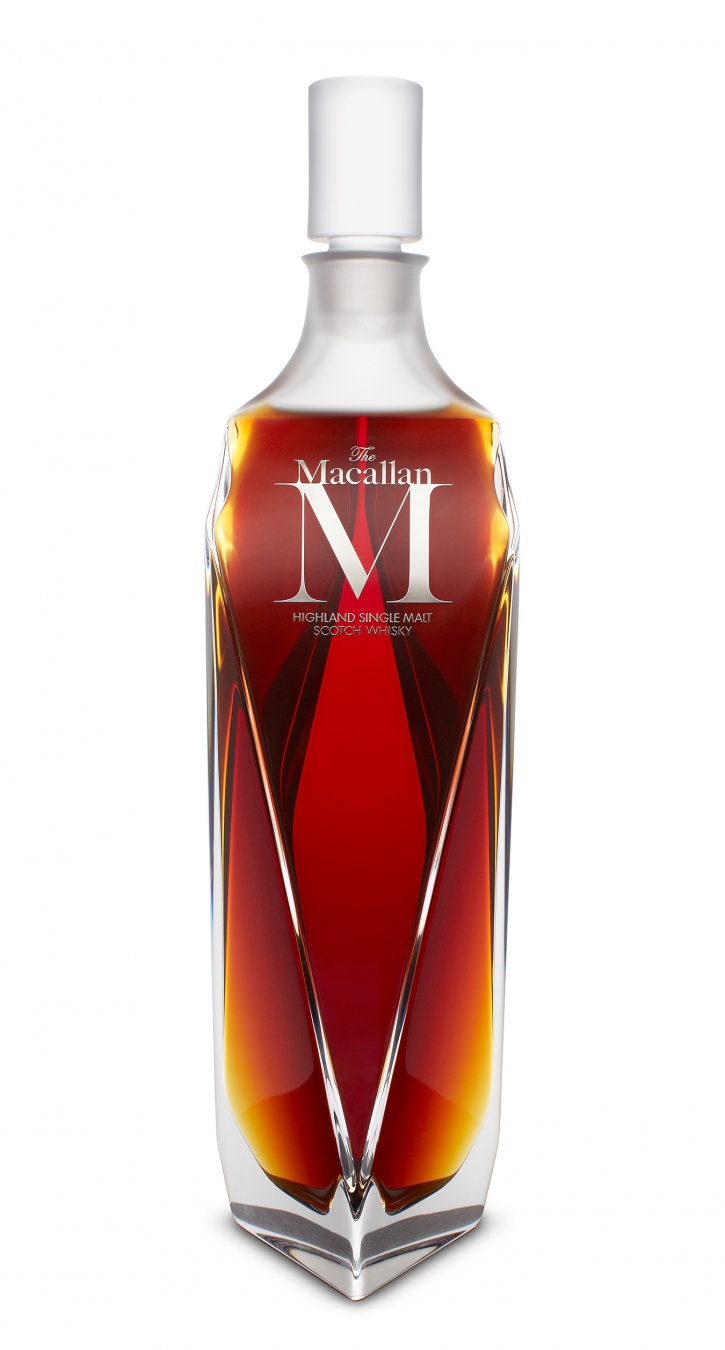 During the preamble of tastings for the launch of the new 1824 series, whisky maker Bob Dalgarno happened upon an idea to do something special, using casks of whisky dating back as far as 70 years, in a blend of age statements the youngest of which would be 20 years old. Only seven barrels were selected, and Dalgarno arrived, after much contemplation and more than a little tasting, at a whisky called, appropriately enough, “M”. That stands for Macallan, certainly, but also for magnificent.

Try tasting it this way, should you get into a situation where some generous soul is sharing it: pour the M into a Glencairn-style Scotch glass, and nose it for 30 minutes or so. A drop or two of distilled water is optional. Plenty of power, some amazing intense notes of tangerine and orange peel and fresh cinnamon to start. The dram itself: iteration of the fruit, and fresh spice, incredible length on finish. Notes of honey, tangerine peel, and a peat note, more apparent just from the bouquet coming out of the glass, but distinct on the palate as well. (The peat is not familiar to aficionados of the Macallan, but this dram has it, simply because for a period of time, peat was indeed used instead of wood fires. That was a long time ago, but some of the barrels in this whisky date back that far.)

Seven barrels at roughly 300 bottles per barrel means something short of 2,200 bottles for the world. The $5,000 price tag might seem, actually, fair, in this context. One of life’s great pleasures.