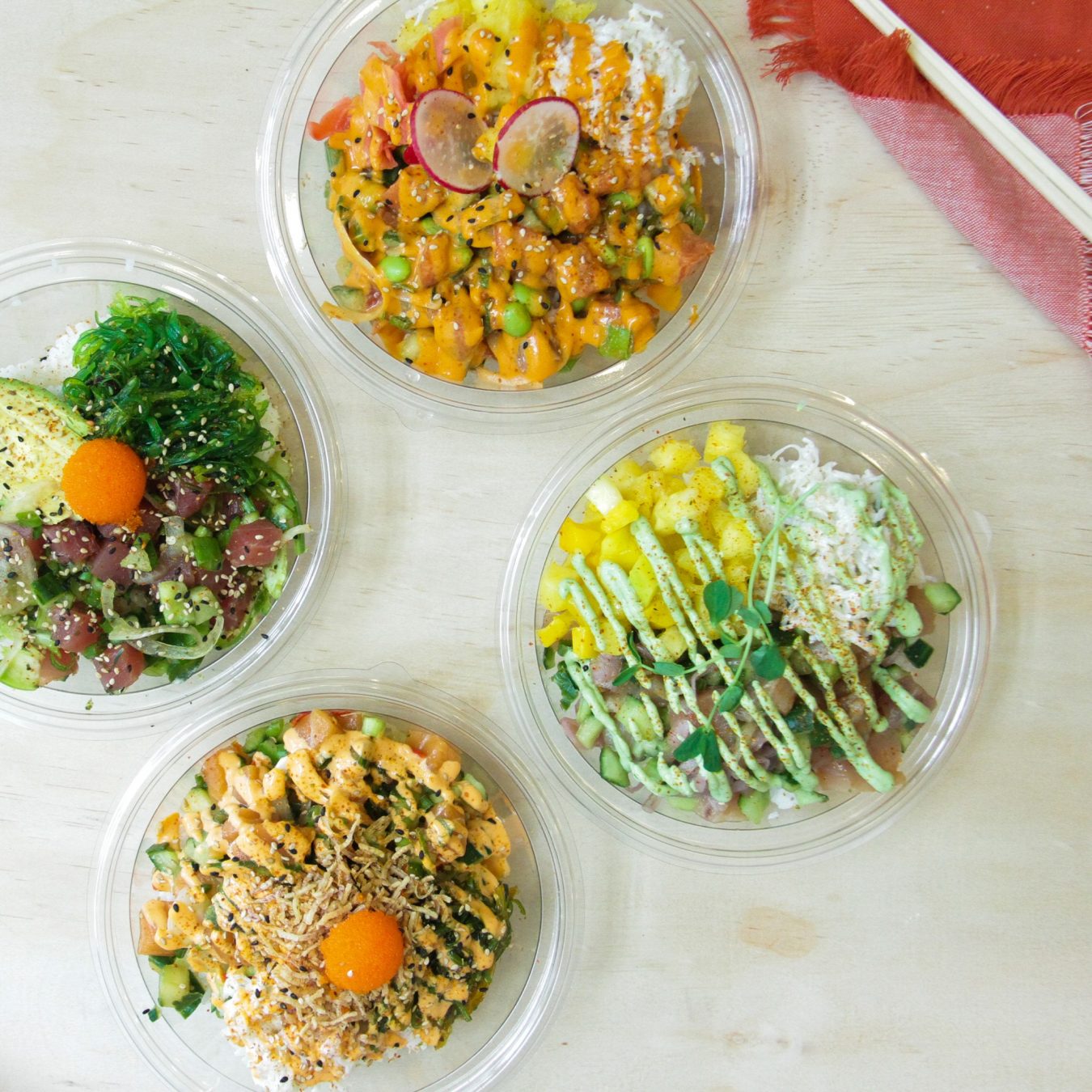 Hailing from Hawaii, poke (rhymes with “okay”) is a dish that one can find at just about every grocery store and corner market on the islands. The dish is similar to ceviche, incorporating raw fish and seasonings, though in poke’s case, there is typically little acid involved. In Hawaii, a melting pot of cultures came together to create poke. Japanese, Filipino, and Korean immigrants brought over flavours such as soy sauce and sesame, which make up the classic seasoning of the Ahi tuna poke, along with native Hawaiian ingredients such as macadamia nuts. Cut to 2017 on the mainland, and the raw fish dish is being served in the all-so-popular bowl format with rice and a variety of toppings.

As far as food trends go, poke is nothing new. It has been popular outside of the islands since 2015, when big capitals like New York and Los Angeles saw a surge of Hawaiian restaurants open up. For the sleepier metropolis of Vancouver, things have taken a little longer to pick up. But now, a surge of poke places has been hitting like a tsunami—but that doesn’t mean every location does it properly. Two places, though—Westcoast Poke and Carp—are certainly worth a visit.

The newly opened Westcoast Poke offers a Vancouver-centric play on the classic formula. The fresh and so clean location just off of Cambie Street is a welcome addition to the Fairview neighbourhood. The bowl known as the Coast features honey gochu sockeye salmon, pineapple, edamame, and crab salad—suffice to say, Westcoast Poke is not for the poke purist. If you typically go for a dragon, rainbow, or any kind of specialty sushi roll, the plethora of options and toppings here are sure to suit your tastes.

Then there is Carp Sushi + Bento in Mount Pleasant, which takes a distinctly traditional go at the classic Ahi poke (there’s salmon on the menu, too). Just off Broadway at Prince Edward, it’s a charming, sunny spot owned by Yuki Matsumura; the casual, counter-service affair is way cooler than your average sushi joint. There are usually fuzzy retro Hawaiian tracks playing, and the interior is decorated with Hiroshima Toyo Carp baseball memorabilia. The Ahi poke here is a sweet, simple affair loaded with tuna, avocado, sesame seeds, and crisp rice cracker flakes. The rice here wins best supporting role—soft and just sticky enough, it plays perfectly with the star fish. It’s the best poke in Vancouver.

Healthy and hearty, this island staple is here to stay.