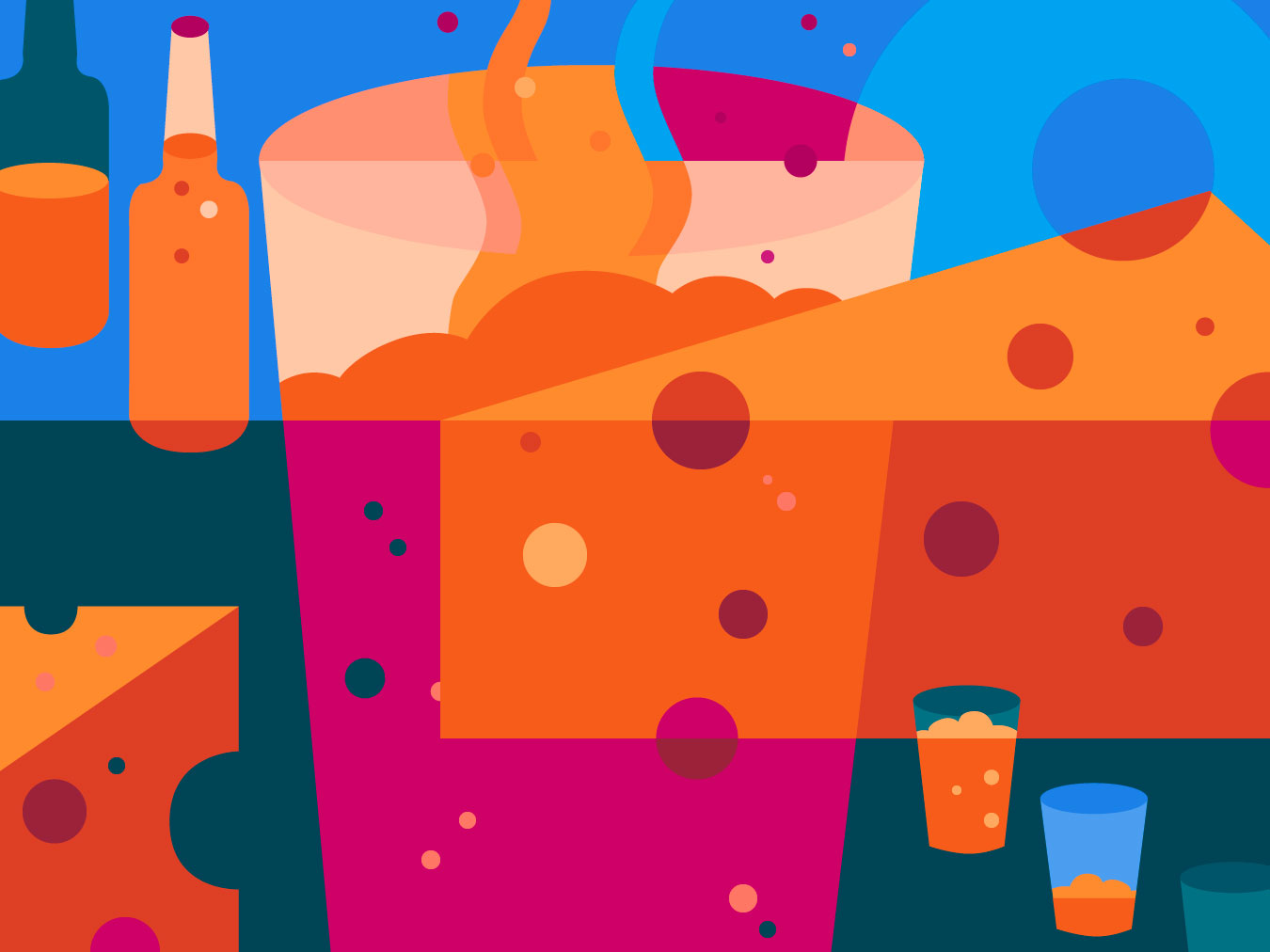 Wine and cheese are undeniable best friends. They’re great together. Almost unstoppable. But with the rise of craft brewing culture comes a different dynamic duo: beer and cheese. It is a lot less obvious, sure, but the two delicious products have a lot to offer each other.

Like with a wine tasting, you want different glasses for each beer, and of course, different knives for each cheese (each of these suggestions can be purchased at Benton Brothers Fine Cheese in Kerrisdale or on Granville Island). Don’t bother with crackers or jams—let these pairs shine on their own.

This goat’s milk cheese is very soft, really creamy in the middle, with a bitter rind—and that bitterness is key. The cheese has this farm funk, and the rind has a white mould that gives it the smell of a dusty, dank cellar. I pair it with the Trappist Rochefort 10, which is a big, bold beer with lots of rich character, but it also has a bit of a faint musty scent—Belgian breweries smell exactly like this. It’s a sweet, sharp, strong beer (11.3 per cent) that cuts the creaminess and compliments the funk of the cheese. For this type of beer, typically you want a glass that has a wide bottom and a closed top, so a tulip glass is best. The idea is that it will help you nose the glass: it constricts the evaporates that are coming off the beer so that you can smell them better. It also restricts how much of the head breaks down, because less escapes through the confined opening. The beer and cheese go hand-in-hand because the caramelized sugar of the beer suppresses the initial sharpness of the cheese and leaves you with a residual sweetness.

What I like about this raw sheep’s milk cheese is that it has a bit of a nuttiness to it, and that nuttiness, that earthy quality, pairs really well with 33 Acres of Darkness (disclosure: I work at this brewery). This beer is clean and crisp, with notes of cocoa and a bit of coffee. It’s a clean, quick finish, just like this cheese—which was rubbed with olive oil and aged for 15 months in northern Spain. I would drink Darkness in a straight-edged pint glass—everything you’re getting off this beer isn’t necessarily off the nose, it’s more off the actual flavour of the beer. Darkness piles on top of the cheese perfectly, like peanut butter and jam: the cheese starts out with a dry nuttiness, and then you add the beer, which compliments that, but then adds another layer of dark cocoa.

The nice thing about this duo is that it’s a light cheese with a light beer. They both have a barnyard essence that makes them go well together. The idea of this beer is that there’s a bit of salt, and it uses a culture to give it a slightly sour note. And that little bit of barn that you get in this raw cow’s milk cheese really pairs with it. There’s a bit of coriander in the beer as well, and a little lemon; that citrussy note is from the sour mashing technique that they use. I would drink this beer in a wide-bottomed, restricted-top glass; it is meant to be poured with a large head to break out the carbonation, so that you can taste what is left in the beer. The citric acid and the salt from the beer blend nicely with that little bit of grassy barnyard in the cheese.

I would drink this beer with a wide-bottomed, restricted-top glass, because the hops are very volatile and will evaporate off the top of the beer, creating strong aromatics that I think are very key in this pairing. This vibrantly orange cow’s milk cheese is very stinky, very pungent—that pungency is quite heavy, and the volatile elements of this beer actually cut that down. The cheese is very bitter and harsh, while the beer is actually fruity with a bit of a burn. Those oils—the intenseness of the hops—actually cut that funky, rich quality of the blue cheese, making the two an effective team.

These, of course, are just guidelines, starting points. The fun thing about pairings is that they are essentially a choose-your-own-adventure, an open-ended question to which there is no wrong answer—that is, so long as you like how it tastes.

This story from our archives was originally published on December 24, 2016. Read more Food and Drink .