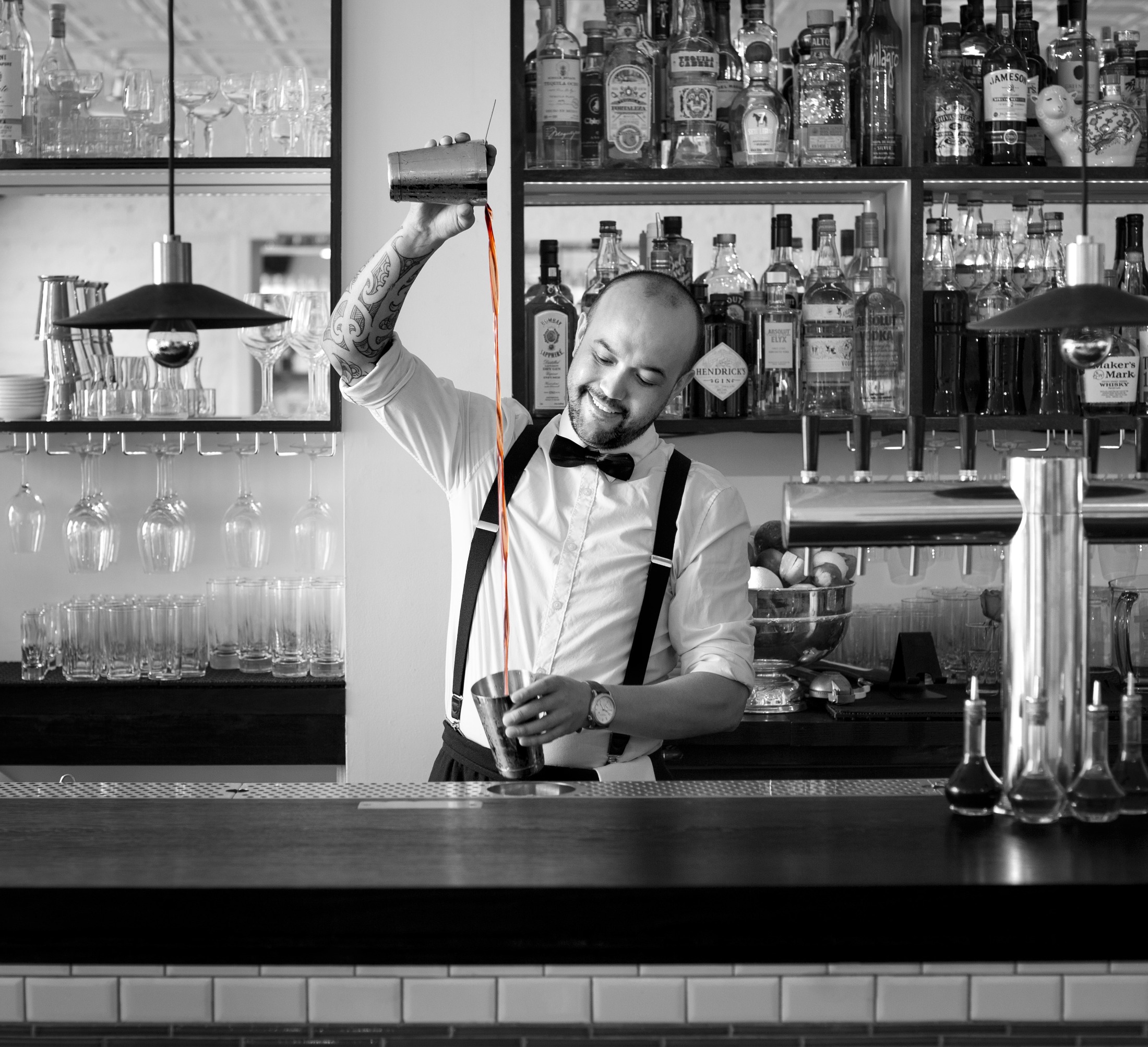 Put a bunch of restaurant professionals in a room with a Negroni fountain and it’s going to get loud. At the centre of the noise is Naren Young, creative director of Dante New York City, who was invited by Homer St. Cafe and Bar’s beverage director JS Dupuis, to share his knowledge with the gathered crowd in a master class complete with cocktails, very fitting.

Dante NYC was named the World’s Best Bar by Tales of the Cocktail Foundation in July, joining the ranks of the Artisian at the Langham Hotel and the American Bar at the Savoy in London. But Young isn’t high and mighty about the title; he is transparent about his expertise and happy to impart some of his well-earned wisdom.

What do you look for when you choose a bar?

Surprisingly, perhaps, drinks don’t top the list when asked what he looks for in a bar. In fact, the cocktail menu ranked about fourth or fifth on Young’s list of credentials for what makes a great bar. To him, the two key components are atmosphere and details.

“People are not going to remember the drinks,” he says. “But they’ll remember how you made them feel.”

It’s all about thoughtfulness. Are the bartenders willing to have a dialogue? Do they know what you need? Are you comfortable? For Young, each individual element is as important as the next—the lighting, the music choices, the courteousness of the staff; all impact the overall environment of the bar. After all, atmosphere is everything. “They should go out of their way to make you feel at home,” he says, offering New York’s Gramercy Tavern as an example of a bar that does this exceptionally well. 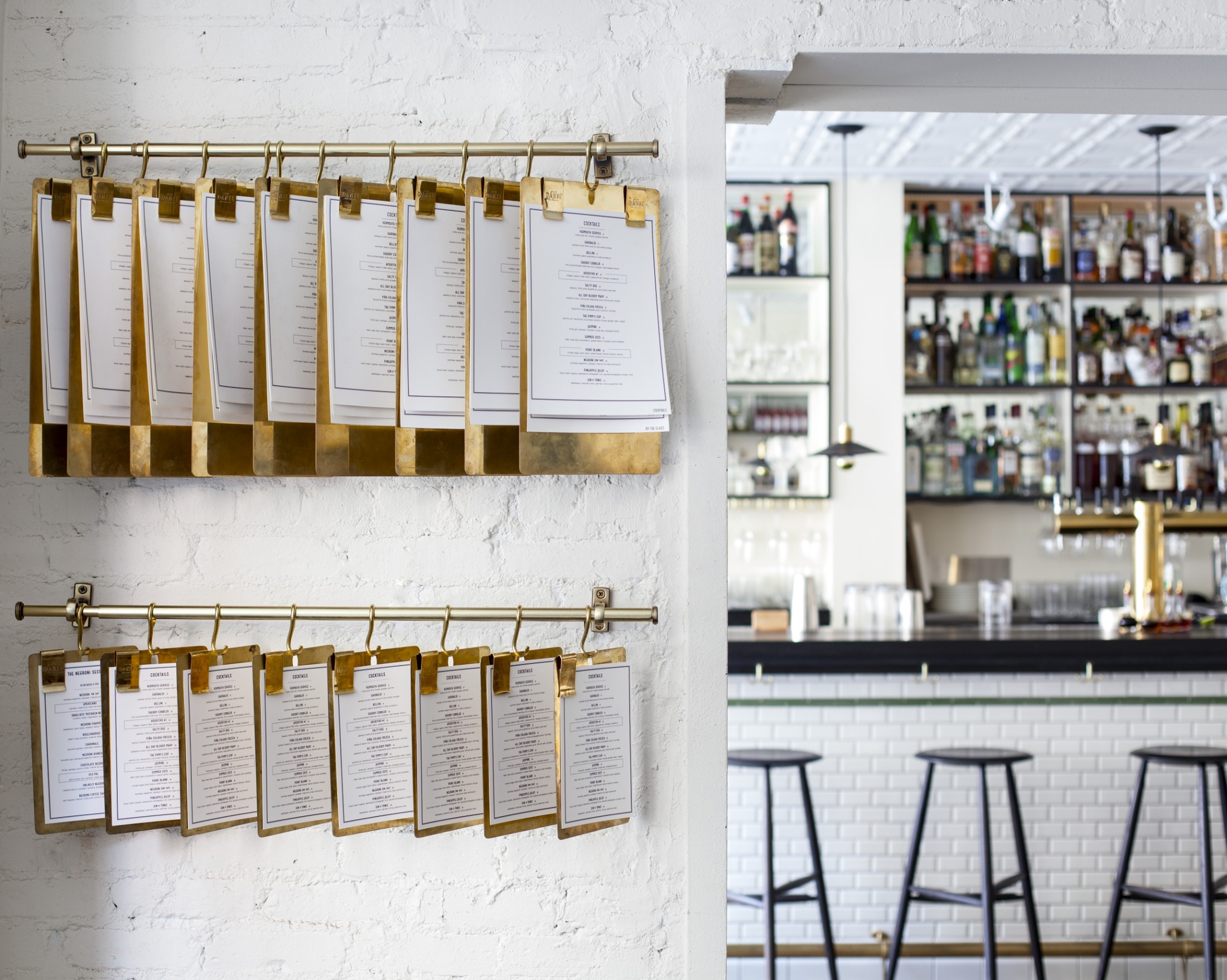 Seriously, though, what about the menu?

“That shit’s messed up,” Young laughs when asked about menu building; patrons have no idea what goes into creating the perfect menu.

Dante’s doesn’t claim to be a cocktail temple, but some could argue that its extensive multipage drinks menu begs to differ. What started with the simple tradition of an aperitivo and the Negroni, has since been elevated and expanded upon to create an experience worthy of the title “Best Bar.” Young looks for the same thing on other menus. “There needs to be balance,” he says.

Check the menu for drinks that will suit an array of palates and occasions. If you’re popping in for a quick one, the alcohol level is less important but if you plan to sit at the bar for a few hours sipping on lots of different drinks, then lower-alcohol drinks, like spritzes or other aperitivi, might be a better fit.

Presentation plays a large role in a person’s experience at a bar, he adds. The theatre of cocktails is a difficult show to get right and usually simplicity with a touch of elegance is best. A good bar won’t overdo it but will take a classic and twist it in a way that’s surprising and charming. Sometimes something as small as serving a drink on a plain white dish is enough (like Dante’s does with its signature Garibaldi).

What can cocktail enthusiasts do to replicate cocktail-bar quality at home?

Really, it’s the basics that we take for granted that can be done at home, Young suggests. Start with the best ingredients you can afford, he says, whether that’s fresh organic juices or the best spirits—or, ideally, both. Use large cubes of ice because the larger the ice, the better the drink. And chill the glass! It’s such a little thing, yet it makes a world of difference, he promises.

And finally, teach yourself. Not necessarily by watching Tom Cruise in Cocktail (although that’s what first hooked Young) but by taking a look at some of the many tutorial videos on YouTube.

What should I be making? 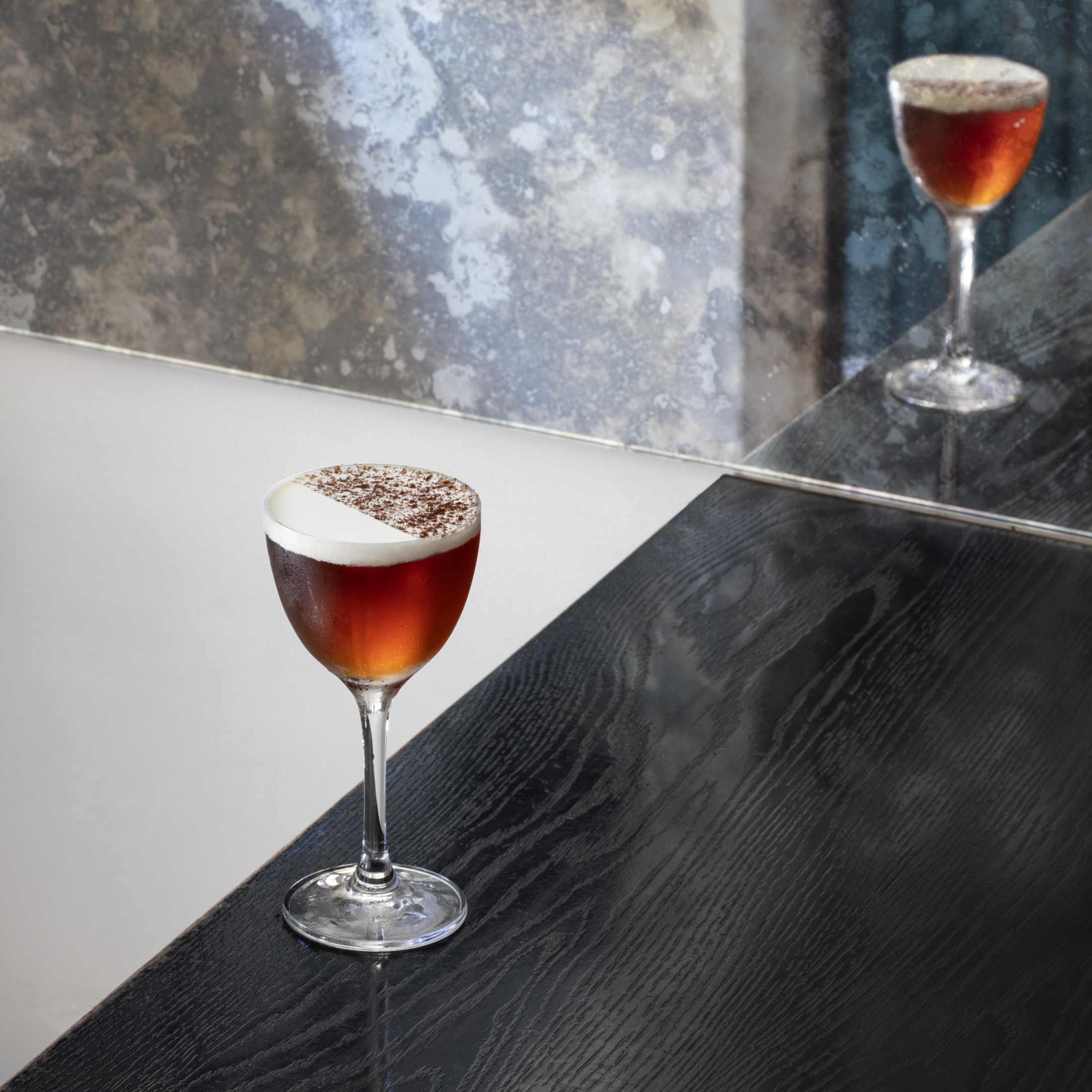 This winter Young is really enjoying chocolate and bananas:

METHOD: Stir with ice and strain

Float a very thin layer of banana cream on top

GARNISH: Banana ash dusted across half the cream float