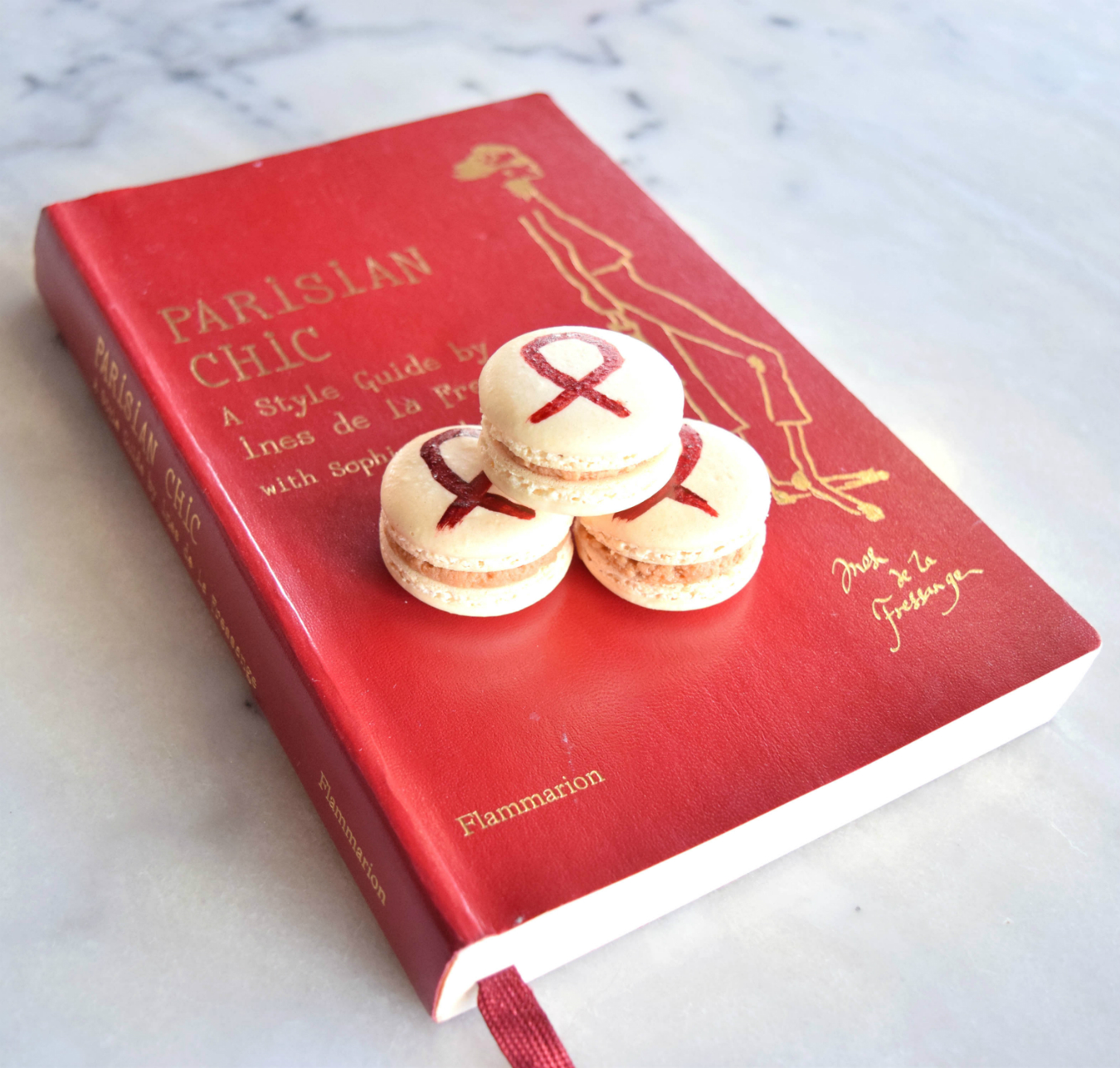 It started as a brief conversation between a regular customer and Faubourg owner Franck Point. The customer in question was Dr. Julio Montaner, Director of the BC Centre for Excellence in HIV/AIDS. Montaner and the centre are hosting the 8th International AIDS Society Conference, held at the Vancouver Convention Centre from July 19 to 22. The idea developed that Faubourg would lend its direct support to the cause, by making and selling a special macaron.

A red ribbon fundraiser takes place July 19; in addition, you can purchase red ribbon macarons from any of Faubourg’s three locations (Kerrisdale, downtown, West Vancouver) from the 19 to the 22. All of the macaron proceeds from July 19 will be donated to benefit HIV/AIDS research and treatment.

The 2015 conference marks 20 years since highly active antiretroviral therapy (HAART), a revolutionary HIV/AIDS treatment, was unveiled; the discovery, which has since resulted in a 66 per cent fall in new cases of HIV and an 80 per cent drop in HIV-related death, was made by a local team including Montaner and is now largely seen as the international standard for HIV care. “Dr. Julio Montaner has been a long-time friend a customer since our Kerrisdale location opened,” says Point. “We always had great conversations, and when I learned he was the doctor who led the team that discovered such a revolutionary and influential HIV treatment, I was extremely impressed that such a great guy did so much for others.” Adds Montaner, in a press release: “We are pleased to partner with Faubourg as we welcome the world’s leading scientists in HIV and AIDS to our beautiful city of Vancouver.” So, you can have your macaron and eat it, too, coming this Sunday. Go ahead, indulge, you will feel good in more ways than one.