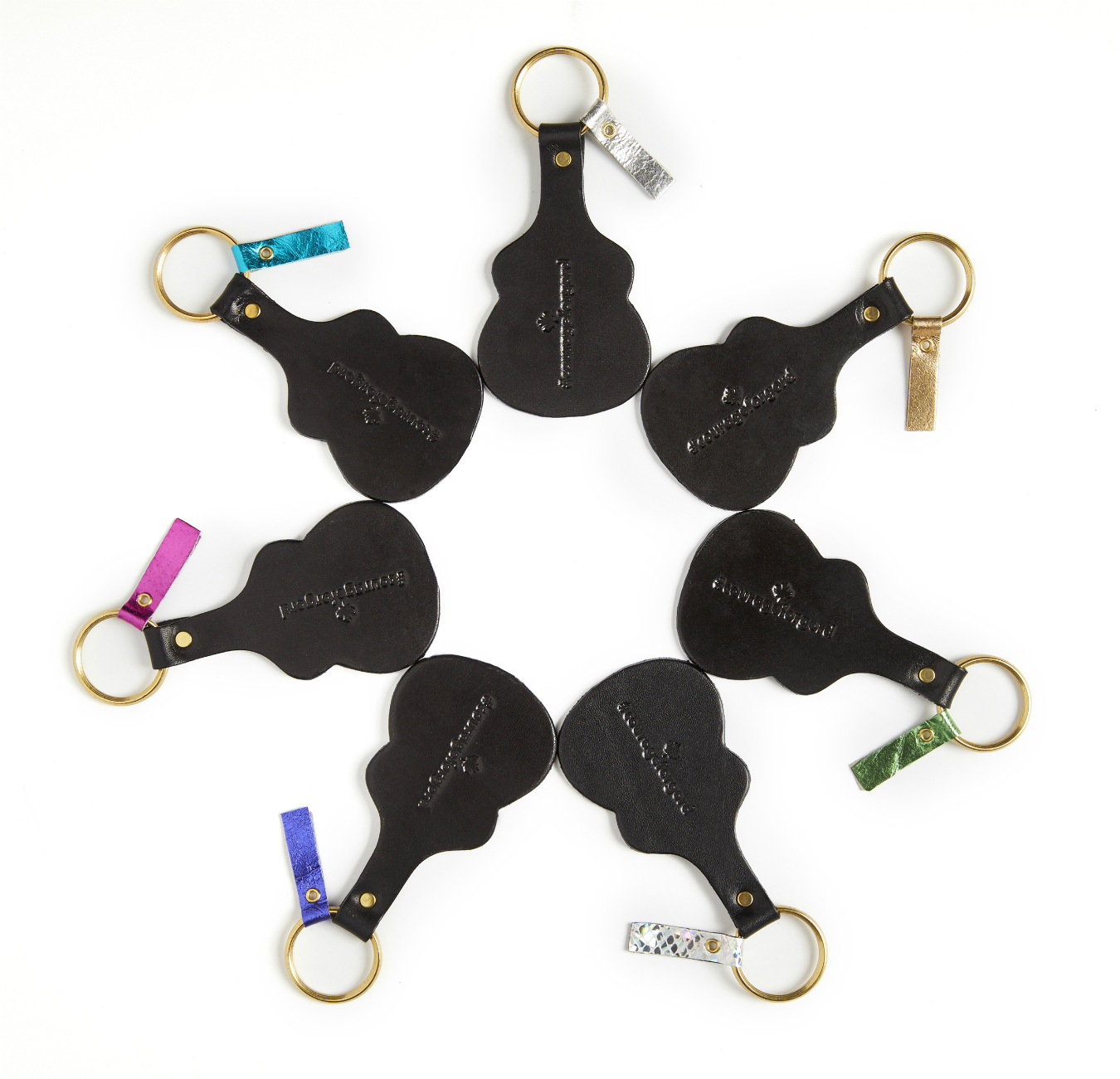 Designer Izzy Camilleri created the metallic suits that The Tragically Hip singer Gord Downie, who announced in 2016 that he had been diagnosed with terminal brain cancer, wore on the band’s Man Machine Poem farewell tour. In December 2016, Camilleri took remnants of the leather from the suits and created a set of 1,000 guitar-shaped black keychains, all embossed with “CourageforGord”. These were an instant hit, of course, and sold out in eight hours, raising over $38,000. Funds went to cancer research, and to Downie’s other cause, raising awareness of First People’s issues.

Camilleri is now releasing a second set of keychains, to raise even more funds, for the Gord Downie Fund for Brain Cancer Research at Sunnybrook Health Sciences Centre. There will be two phases. Friday, February 24: approximately 2,000 keychains, black saddle leather, and embossed just like their predecessors, will be available. Each of these has a piece of coloured leather, also remnants from Downie’s suits, attached. Once those 2,000 keychains are gone, which won’t take long, an ongoing production of the plain black saddle leather version will make it possible for even more people to purchase one, all the while still raising money for the Gord Downie Fund. The 2,000 keychains will be available online at 10:00 a.m. EST. Set your cellphone alarm accordingly, and get one.