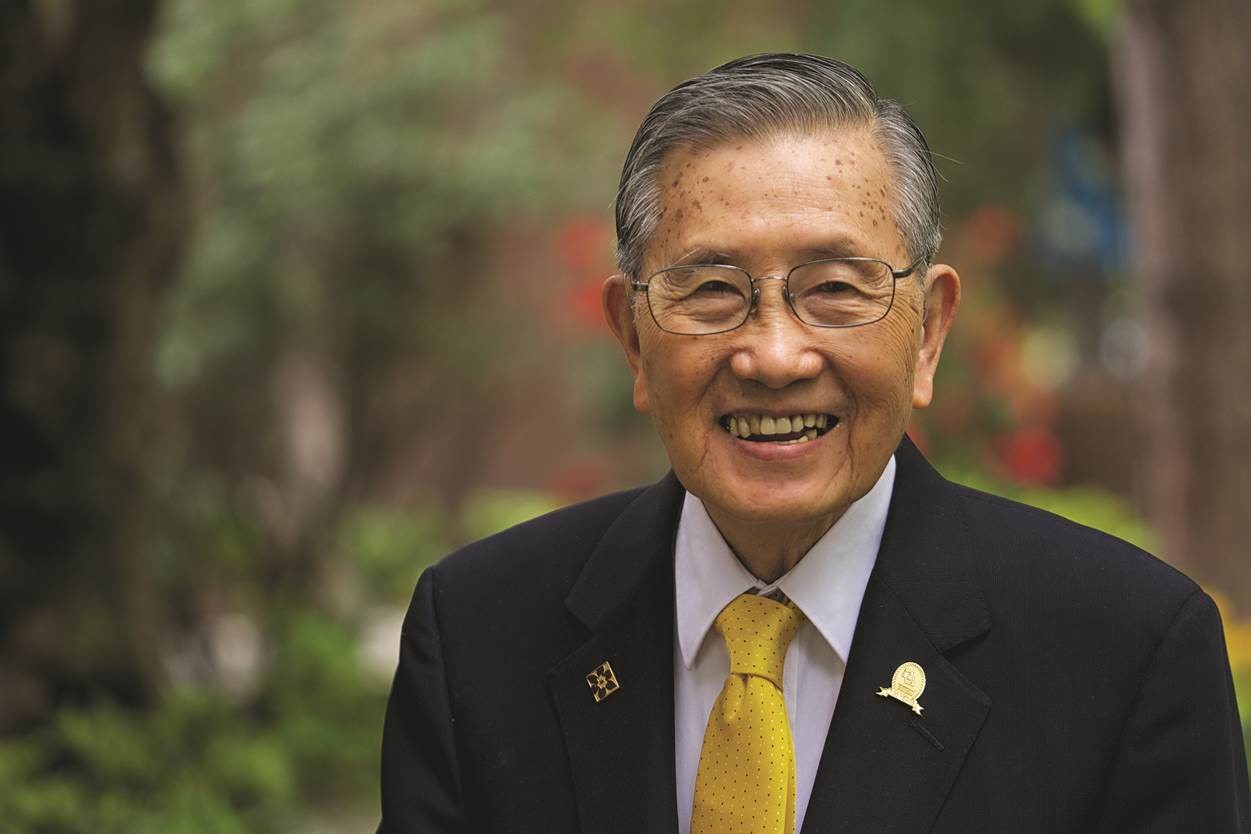 Try to get Yik Fung Au-Yeung to acknowledge the magnitude of his role as a founding member of the Canadian Cancer Society’s British Columbia Asian Giving Committee, and the enduring, growing legacy of good that it has engendered, and he will likely just wave his hand briskly and say, “Nothing happens without a good team effort.”

His business card these days simply states, in both Chinese and English, that he is an accountant, “retired”. But, as Jacqueline Chan says, “Mr. Au-Yeung is still quite active, even though he says he is retired.” In her position as manager of Asian giving for the Canadian Cancer Society’s BC and Yukon Division (which the committee reports to), Chan is in a good position to make this assertion, and her admiration for Au-Yeung is clear: “He has done so much, even in the early days, and right on to this very day.”

He is now 90 years old, which means he has “been trying to raise funds for cancer research for nearly 40 years,” he says. “I started by just going door to door in my neighbourhood with a donation box in my hands. I would sit and have tea, and talk about how a cancer diagnosis was a basic death sentence, but one day we could rid humanity of it entirely.” In his early volunteer days, he would “get messages from my family in Hong Kong all the time. Someone has cancer! They only have two years to live.” He sits back before continuing: “Today the survivor rate for prostate cancer is around 95 per cent. For breast cancer, around 90 per cent. We still have a long way to go, but I think cancer will one day be looked at in the history books the way the Black Plague in Europe is.”

One of Au-Yeung’s greatest accomplishments was instigating an education program in the Asian business community—one that taught people about the idea of including cancer research as a beneficiary in life insurance policies, so that some funds from an estate would go to a charity or philanthropic foundation. “We found many generous donors with that,” he says. “Many giving 10 thousand dollars and more.”

How did Au-Yeung get involved, become so proactive in his work as a fundraising volunteer? “I remember, in high school [in Hong Kong], my teacher insisted that to learn English, you really had to read and understand three books: Pride and Prejudice, to learn about manners and polite behaviour; The Count of Monte Cristo, to learn about how rough the world can be, and to have fortitude; and David Copperfield, to learn about giving when one can, about compassion,” he recalls. “These books never left me, although I thought the Dickens was the best of them.”

He first started canvassing during his second year living in Canada, as his small accounting firm was getting underway. “I learned very early, every time you ask someone to give money, it is a challenge,” explains Au-Yeung. “Although, when you are asking people to donate millions to a university endowment for cancer research, that is a very, very big challenge.” He should know, since he worked closely with the University of Victoria on its endowment program, and in that role, he strongly encouraged the school to consider awarding honourary degrees to major benefactors.

He has from the outset led by example, and there are three rooms at the Jean C. Barber Lodge at Vancouver General Hospital named after his family members. He acknowledges that he funded the rooms, but just says, “The Lodge is a wonderful place, we must do what we can to help it.”

Over the years, many awards for exemplary community service have accrued. Remarkably, just in this, his 90th year, Au-Yeung received awards from Giving Hearts, the Lions Club, and the Governor General of Canada. “The awards are very nice,” he says. “But I must point to three things that made what I did possible. My colleagues at my office: over the years, I often came in late, or left early, and they always supported my efforts. All the other volunteers, who made us such a strong team. And my wife, who knew I would be out doing charity work a lot, including every Saturday morning for 40 years.” He emphasizes this: “She is a very fine woman.”

That fine woman, Kam Duen, helps serve a little tea, and Au-Yeung offers one last piece of insight. “Satisfaction is what gives you a long and healthy life. My volunteer work has created such great value in my life, and even though I must use a walker, and can’t walk fast like I used to, my life has been a good satisfaction to me. This is something I am thankful for.”