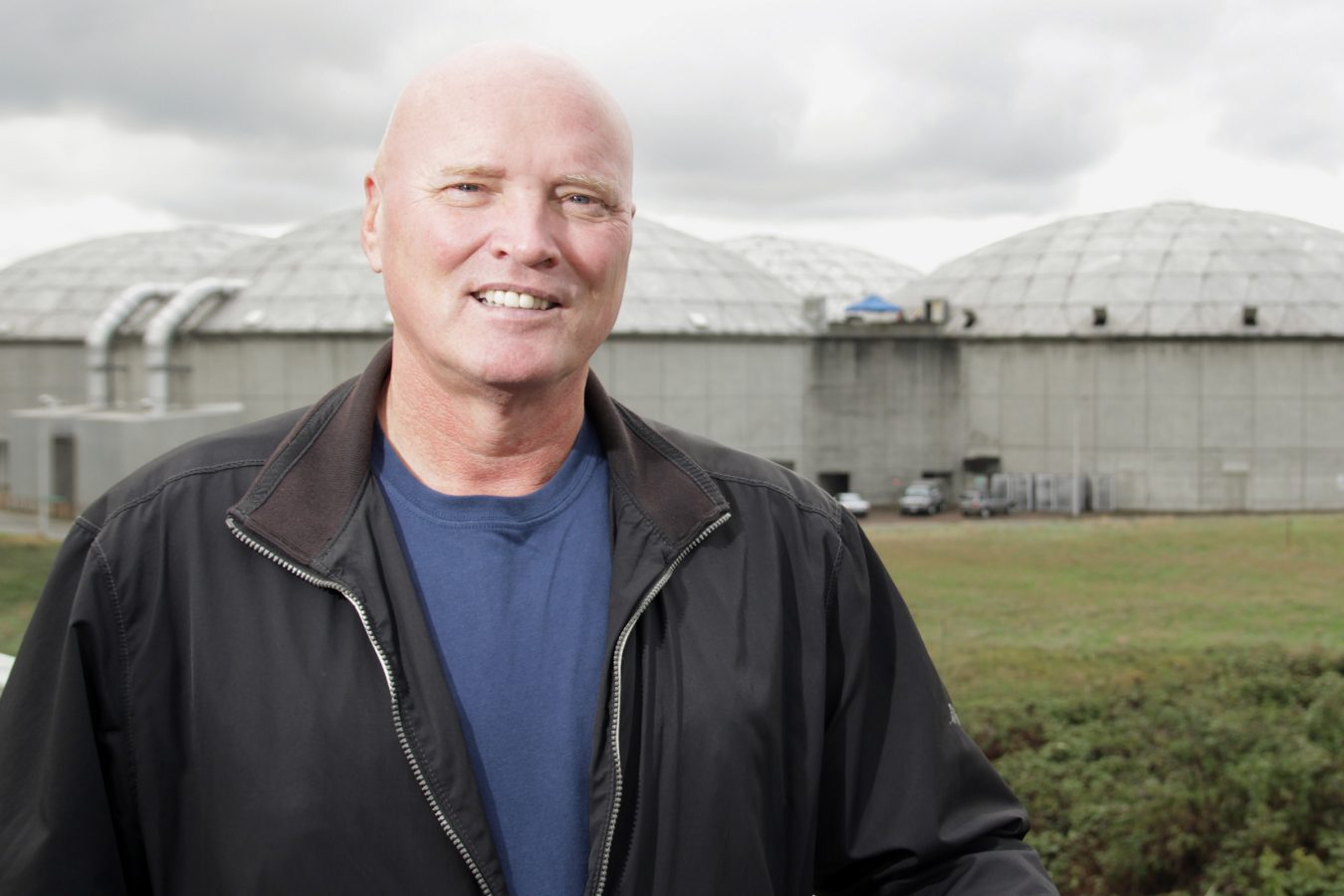 Lynn Mueller was retired for all of three days.

He had sold his successful geothermal heat pump company, and was looking at what retired life might be, when his wife kindly suggested he find something else to do or “find a new place to live.” Mueller gladly obliged, and the result is an international smash success: the ecologically-driven International Wastewater Systems. The self-described “serial inventor” created a system that converts heated wastewater into renewable energy.

Mueller is seated at a table in his office, located in a tranquil industrial park in Port Coquitlam. “Not everybody sets out daydreaming of waste sewage management,” he says. “But I grew up on a farm, in Southwestern Alberta, and had indoor plumbing only at the age of 14. I have always been an environmentalist, I think, and my first jobs, which took me to the north, places like Inuvik and Cambridge Bay, made that firm in my mind. Places I worked in 40 years ago, some of my favourite on earth, are now literally underwater.” In his few days of retirement, Mueller recognized a simple fact: his family of five went through a lot of hot water. Then, a signal moment came. “I thought, ‘Why can’t I find a way to get that wasted heat back?’” he recalls. Between sewage, laundry, the dishwasher, showers, and the tap, it all adds up quickly.

Early attempts were promising, if not perfect, but by the time Mueller and his team were knee-deep in sewage, in a tank underneath Richmond’s Gateway Theatre, installing the first prototype of his system, it seemed at least possible they were on to something. Then a real estate developer friend in North Vancouver took a leap of faith. He was building a condominium complex, called Seven35, that he wanted certified LEED Platinum, and Mueller suggested his wastewater system, called SHARC, could be an important part of it. The quarter-of-a-million-dollar investment was not for the faint of heart, but when the building received its LEED status, Mueller says he and his business partner Darryl Anderson “got calls from around the world. And it has really never stopped since. The volume now is at a level where we have had to re-focus the company, open offices in Europe and Australia. Acceptance of what we are doing has been amazing.”

Some startling numbers help the cause. The Greater Vancouver Area has roughly 2.5 million people, and Mueller notes that nearly 20 gallons of heated water per person per day “go down the drain.” Recapturing that heat requires only that “the Second Law of Thermodynamics stays in effect.” Heat moves from warm to cold; the units Mueller designed and built actually tap into the sewage system and remove the solids, which amount to about three per cent of the total volume, and use a hermetically sealed heat exchanger (absolutely no sewer smell at all) that takes all that heat and returns it into usable energy for hot water and space heating. Normally the water enters, say, your apartment at around seven degrees Celsius; a SHARC system can take heat from the wastewater, convert it, and get that incoming temperature to around 20 degrees. That’s at no cost whatsoever.

There are are some large-scale applications already in place, including an entire university in Scotland, where the nearby town’s sewage flow is tapped for its heat, and the university saves over 90 per cent on its gas bills. Camden County, New Jersey has one installed. Dozens of municipalities and institutions are in the planning stages for one of these systems. The company went from non-existent to world-renowned and in high demand in less than five years.

Mueller is still pushing things further, however. He has already built a smaller, less expensive unit, called a Piranha, which can recover wastewater heat in smaller buildings. And his current preoccupation is bringing out a unit that can perform the recovery job for individual homes, which will be solar-powered. “Our generation screwed the whole planet up,” says Mueller. “But I am optimistic, because the younger generations just won’t accept the old, failing ways of doing things. They will find a better way, and that includes conserving but also re-using energy.” He sure has reason to be optimistic.