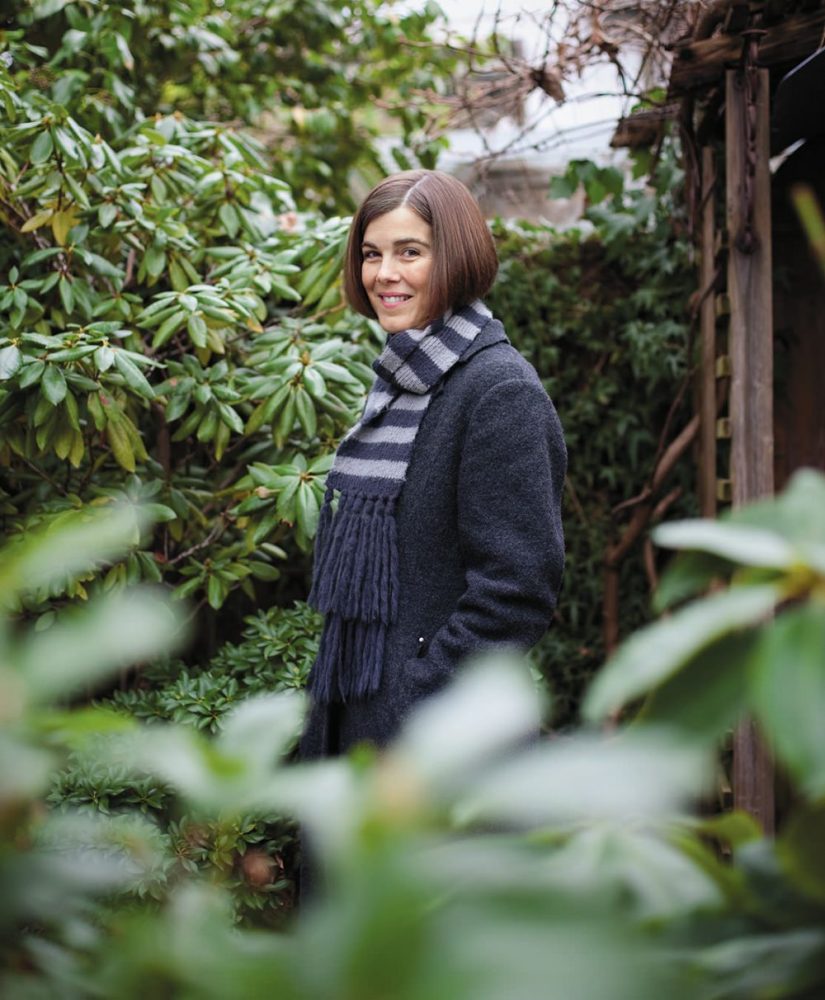 On November 1, 2010, Amanda Pitre-Hayes—a rare breed of savvy businesswoman and passionate environmentalist—became the City of Vancouver’s new director of sustainability, taking leadership of a 16-member department and mayor Gregor Robertson’s Greenest City 2020 initiative. “I’ve always been looking for opportunities to work with organizations that are really innovating,” an enthusiastic Pitre-Hayes says in her first interview as a civil servant; it’s the end of her third week on the job at City Hall. “What led me here was the alignment of intention at the City around building a truly sustainable city and the long-term vision. It’s an amazing opportunity for impact.”

In 2009, Mayor Robertson assembled the Greenest City Action Team, which includes David Suzuki and Mike Harcourt, to come up with a plan to make Vancouver the greenest city in the world by 2020. While there is no official judge of the world’s greenest city, Pitre-Hayes and her team are looking at different emerging rating systems. In 2010, and now again in 2011, Corporate Knights magazine has named Vancouver the most sustainable medium-sized city in Canada. In 2008, 2009 and 2010, The Economist awarded Vancouver the title of most livable city in the world, a ranking that takes the environment into consideration.

If all goes as planned, the future for Vancouverites looks bright. We will breathe the cleanest air of any major city in the world. Our leading urban food system will allow us to enjoy a fresh, diverse regional diet, which we will wash down with the world’s purest water. Our city will be internationally known as a mecca of green enterprise, leading the world in green building design and construction. We will no longer be dependent on fossil fuels. Walking, cycling and public transit will be our preferred modes of transportation. And whether you live in Kerrisdale, Kitsilano or Killarney, you’ll be within five minutes by foot from a park, beach or other natural space. These are just a few examples of the Action Team’s blueprint, which features 10 long-term goals with measurable 2020 targets. For example, while the ultimate goal for Vancouver is to eventually create zero waste, by 2020, solid waste going to landfill or incinerator will be reduced by 50 per cent from 2008 levels.

“The way I see the opportunity in this current role is not to jump in front of the parade, but to make sure the parade keeps on moving unencumbered to achieve the goals that have been set out for the public.”

Once the Greenest City goals were established, Vancouverites were then invited to share their ideas of how to achieve the landmarks and vote on other people’s propositions through an online forum, Talk Green to Us, and the feedback was used to draft action points. One participant suggested banning bottled water and installing more public fountains. The comment generated a lot of feedback on the importance of portable water stations, eventually leading Metro Vancouver, the regional authority representing our 21 municipalities, to develop a free “Tap Map” iPhone application that plots the region’s water fountains and bottle refill stations. Pitre-Hayes says the public’s participation in greening Vancouver is critical, but she is hesitant to acknowledge the significance of her leadership.

“The way I see the opportunity in this current role is not to jump in front of the parade, but to make sure the parade keeps on moving unencumbered to achieve the goals that have been set out for the public,” she says. Fewer than two hours after the interview, she followed up with an e-mail reiterating her point: “At the end of the day, creating the greenest city in the world by 2020 isn’t about me. It’s about the city’s residents and workers coming together to create a city that they’re even more proud to call home. And, to show the world that it’s possible.” However, the role our humble leader will play can’t be ignored.

Pitre-Hayes is the Sustainability Group’s third permanent director since the department was formed in 2004. Revolving doors may be energy efficient, but the city is hoping it stops here—and it has good reason for optimism. Selected from a pool of 100-plus applicants, Pitre-Hayes’s personal and professional accomplishments set her apart from the competition. Previously the climate services director in the corporate consulting division of the Pembina Institute, an environmental non-profit think tank, she led greenhouse gas management projects for Canadian companies and helped them develop sustainability and climate strategies. Before that, Pitre-Hayes, who holds an MBA with a focus in sustainability from the University of California, Berkeley, managed climate change strategy at Vancity, leading the credit union to becoming the first carbon neutral financial institution in North America and developing the first carbon offset grant program in Canada. She counts 18 years working in sustainability, taking a short break to get more core business experience as a manager in Accenture’s consulting practice. In her spare time, Pitre-Hayes blows off steam trail running, and last year she successfully completed the Ironman triathlon in Penticton. “I learned a lot from working through all the barriers to get to the finish line of the Ironman,” she says. “It taught me a lot about how we can have perceived barriers that are far more limiting than what we’re actually capable of. The targets that we’ve set for the Greenest City goals are ambitious, but we can’t let achieving those goals be impeded by obstacles that may not actually exist.” Pitre-Hayes speaks with a confidence and determination not dissimilar to that of the Body Shop founder Anita Roddick, the woman who inspired Pitre-Hayes to become a green leader two decades ago.

“Leaders in the business world should aspire to be true planetary citizens,” Roddick writes in her autobiography, Body and Soul. “They have global responsibilities since their decisions affect not just the world of business, but world problems of poverty, national security and the environment.” As Pitre-Hayes read Roddick’s book in the early 1990s, her future was sealed. “[Body and Soul] was really my first exposure to the notion of marrying environmental, social and economic values to deliver out on something with a lot of impact,” she recalls. Then a student of psychology at Wilfrid Laurier University, she immediately wanted to be a part of the Body Shop, an organization that proved you can make a profit and still be a force for social change. She got a job in one of the retail stores, and it wasn’t long before the ambitious young employee was travelling to Romania to work at the orphanage established by the company—an experience she sought out after reading about it in the book. (Pitre-Hayes later worked in the Body Shop’s sustainability department and was an assistant to Roddick during a North American tour.)

“I learned a very strong lesson that there’s happiness at every level of prosperity,” Pitre-Hayes says of her experience in Romania. “For me, it stopped the culturally driven impulse to achieve material wealth and freed up the opportunity to create true sustainable wealth.” Today, this is precisely what Pitre-Hayes is doing for Vancouver, a city she’s called home since 2003. The Mississauga native proudly calls herself a Vancouverite, adding that she had been dreaming of making Vancouver home since teaching sailing at Jericho Beach during a summer break from her studies at Laurier. It was the first time she saw the city—and the ocean. “I just couldn’t believe the wealth in terms of the natural environment that surrounds Vancouver,” she recalls.

Even though she’s already living in her dream city with her dream job, she still has much to look forward to. “I’m excited to find that sweet spot where there’s public will, a motivated group and a vision to push the envelope in terms of what’s being done in the sustainability world,” she says. “I very much believe that all exists right here, right now, in Vancouver.”