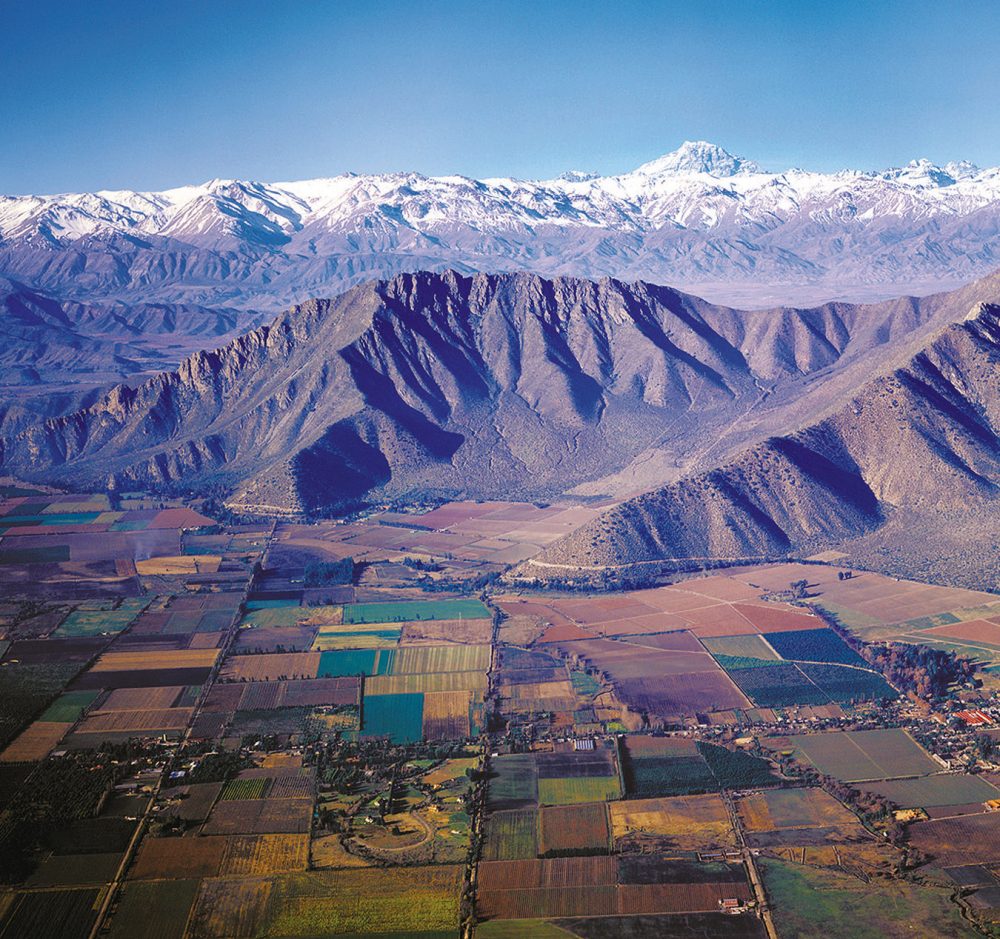 Eduardo Chadwick grew up in the foothills of the Andes mountains, not far from Mount Aconcagua, the highest peak in the Southern Hemisphere at 6,962 metres. One can only imagine the pull the magnificent mountain range had on the young Chilean as he shuttled back and forth from Alto Maipo, just outside Santiago, to Errazuriz Don Maximiano Estate in the Valle de Aconcagua. As it turns out, the imposing mountain that lends its name to Chadwick’s playground is intimately woven into the legacy of his family’s winery, from its geology and influence on the valley’s climate to its spiritual presence high above the vineyards.

Throughout the past decade, Chadwick’s team has embraced the notion of sustainable agriculture and organic grape-growing. In the case of the famed Seña project, the vineyard is certified bio-dynamic. The incredible 350-hectare hillside single-vineyard site, originally created with Robert Mondavi, was the first foreign joint-venture super wine made in Chile.

Ever ambitious, Chadwick’s latest viticultural venture in Aconcagua Costa has taken him to the western extremities of his beloved Aconcagua Valley, some 12 kilometres from the Pacific Ocean. When asked why he would choose another Aconcagua site instead of investigating one of Chile’s several new glamorous wine regions, such as Limari, Elqui, Leyda or Colchagua, he replies forcefully, “Why should I explore other regions when I have not yet finished discovering my own home valley?” And explore, he has. At the remarkable Manzanar Vineyard, a giant 1,047 hectares, Chadwick is shifting gears, planting some 320 hectares of rolling hillside with sauvignon blanc, chardonnay, syrah and pinot noir. It’s an immense project, but these cool climate wines will make their first appearance on world markets this year and will likely redefine the wines of Errazuriz for many generations to come.

After tasting through the 2009 and 2010 wines, it’s difficult to contain your excitement. A racy sauvignon blanc; a peppery, meaty syrah; a soft, juicy pinot noir; and a Burgundian-style chardonnay, all under the new Aconcagua Costa moniker. Each wine speaks to the early-morning fog that blankets the vineyards, and to the super cooled midday breezes drawn inland by warm air rising up the foothills of, you guessed it, Mount Aconcagua.

Late last year, surrounded by his formidable winery team, Eduardo Chadwick opened the breathtaking Don Maximiano Icon Winery honouring its founder Don Maximiano Errázuriz. Dressed appropriately in traditional huaso (horseman) attire, Chadwick marked the 140th year of production at Errazuriz, continuing the dream of his ancestors. The projects are all part of a master plan to position Chile as “a world class producer of wines and wine appellations.” In Chadwick’s mind, that’s the key to a healthy, sustainable Chilean wine industry: “helping my country as it transitions to a modern developed nation, eliminating poverty and enhancing the well-being and opportunities for all our country’s citizens.”

Noble thoughts from a kid who dreamed big and who, by the way, in 2002, took the time to climb the iconic Andean peak, Mount Aconcagua. One suspects the view from the top will fuel the Errazuriz team for decades to come.