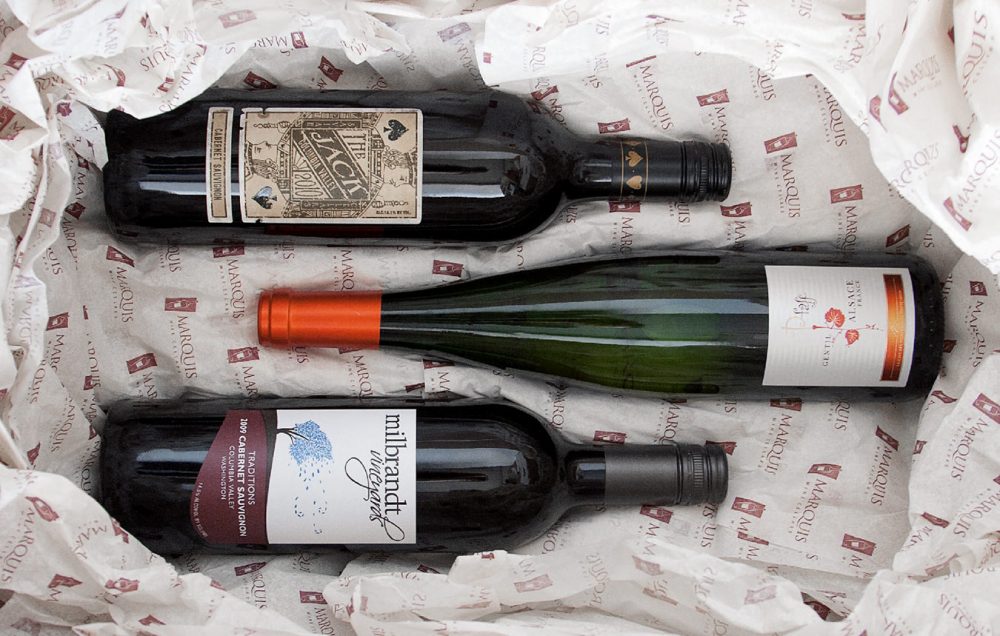 John Clerides opened his Marquis Wine Cellars retail store many harvest moons ago. He has always done intrepid field work, sourcing wines from around the world that the government stores could, or would, not carry for reasons as varied as snowflakes. It meant Clerides has brought some special wines, and great prices, into this market, wines that most often are not produced in great volume, and it became a go-to spot for exploring obscure treasures.

Over the years, you could have found such things as Storybook Mountain single vineyard zinfandels, and even the famous Turley zins and pinot noirs from Sonoma. In the course of time, Clerides and his team continued their travels, and returned home to Vancouver with tales of great wines tasted in exotic locales, but which were produced in such small amounts that even Marquis could not rationally carry them. Enter the Marquis Wine Club.

The idea is pretty simple, but requires a foundation of on-site experience and tasting ability that make the Marquis team ideal to execute it. That idea is to choose, from among literally hundreds of wines tasted at wineries around the world, a few special bottles that can be imported and not offered, ever, at retail, but rather as a special package of three bottles per month, shipped directly to club members’ homes.

Thus, for the avid wine drinker, who has a healthy sense of curiosity and will to explore, these wines, usually two reds and one white, but the combination varies month to month, arrive at the door, a ready-to-drink mini seminar in wine. A recent club choice included two sturdy reds, one a cabernet sauvignon, the other a Bordeaux-style blend, from boutique wineries in Washington state, along with a sensational “Gentil” from Alsace. These were wines tasted at source, and the thought process was “wow, great wine, too bad there isn’t enough to bring it into the store.” But now, with the advent of the club, those extra-special bottles can be brought in, in sufficient numbers to fill club demand, without the burden of continuous supply, or sufficient volume and demand on a retail level.

The wines are thoughtfully chosen, and the monthly trio always provides both self-education and talking points. Invite a few friends over (or maybe just two) and try the three wines over a lengthy dinner. Maybe, don’t even open the package until the group is assembled.

It is a great way to explore the wine world and expand your palate, and the cost, around $70 for the three bottles, including delivery, is hard to beat.