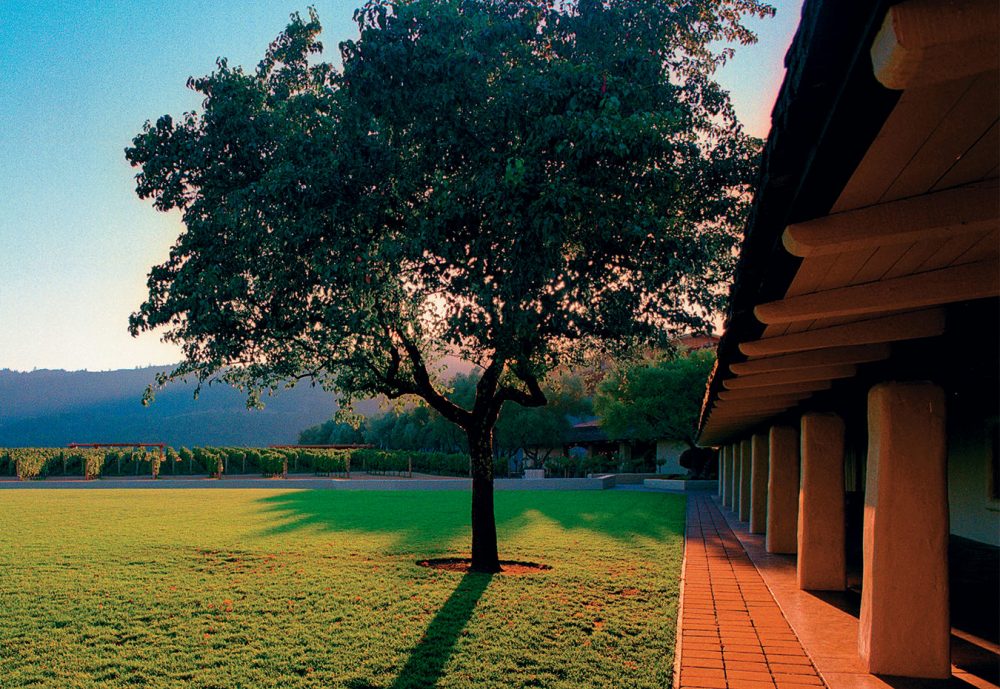 The highly acclaimed Vancouver International Wine Festival (née Playhouse) will turn its considerable focus upon the wines of California in 2013 with over 60 Golden State wineries expected to make the journey to Vancouver in late February. It is the third time California is to be the centre of attention, but the first at which its talented contingent of wine producers will appear without Robert Mondavi as spiritual leader in the affairs of wine.

It is no exaggeration to state that the Robert Mondavi Winery jump-started the culture of wine in Vancouver as a result of it agreeing to be at the first festival back in 1979 as the only exhibitor. Frankly, Vancouver’s wine culture has never looked back since that day. Even then, the Mondavis did what they do best. Michael Mondavi conducted an educational component tasting, breaking down the elements of wine (fruit, acid, and tannin) all the while preaching the gospel according to Robert: California wine, Napa Valley wine, and, finally, the wines of Robert Mondavi.

It was classic Mondavi: give them some education, promote the social and cultural benefits of wine, and give them a reason to drink wine the rest of their lives. But there is more. Robert’s dream to build a world-class winery on the edge of Napa Valley’s Highway 29, visible to travellers passing by, changed everything about how wineries would interact with their customers for the next 50 years. Despite the current inroads being made by social media, the Mondavi roadside boutique winery, with a tasting room and the ability to sell direct to its customers, remains a vital component to the bottom line of wineries worldwide.

Robert’s fixation with varietal wine (give the consumer some information that they can latch onto) was another monumental building block in the foundation of a North American wine culture. Just look around the tasting room at the 35th Vancouver International Wine Festival to see how pervasive the varietal wine concept is.

He became obsessed with appellation and place long before the rest of America would come to know that all great wines come from specific somewhere. For the longest time, the winery would tinker with stainless steel tanks, small barrels, large vats, numerous coopers, cold fermentation, and many other techniques to improve all its wines, not just the top five per cent.

Robert would also engage in several joint ventures with international producers of great stature:  Baron Philippe de Rothschild (Opus One), Eduardo Chadwick (Seña), and with the Frescobaldi family (Luce). While many consider these business machinations a distraction and perhaps an indulgence that took some lustre away from the Napa operation, Robert’s insistence on working with other cultures and exchanging winemaking information was all based on reaching for the stars. He firmly believed it showed Napa and his own winery as belonging on the international stage.

Then there were the chefs invited to cook at his Highway 29 winery—Jean Troisgros, Paul Bocuse, Julia Child, Daniel Boulud, Alice Waters, and Joël Robuchon among them. Long before the Food Network, the Mondavis hosted these chefs, each cooking and presenting their most famous recipes alongside the wines of Robert Mondavi.

Robert always saw the big picture, perhaps to a fault, but his view was longer than most. In the end, his dream of a multi-generational winery did not come to pass, though his family is still involved in the Napa Valley wine industry and his widow, Margrit, still comes to work every day as a brand ambassador for Robert Mondavi Winery.

Robert was not the only wine evangelist, but his connections beyond the wine world to mainstream America and to drinkers the world round have always placed him at a much different level in my eyes. At the Robert Mondavi Winery, research was a way of life. While much of it was misunderstood by the bean-counters and even some influential wine writers of the time, his quest for drinkable wines that would complement food and stimulate appetites (and more important, conversation), was light years ahead of its time.

The last time I had a cogent conversation with Robert Mondavi was after his 90th birthday, when he rose out of his wheelchair and lambasted his fellow Oakville producers, warning them that whatever success they were enjoying at that moment would be fleeting unless they were prepared to work even harder than they had over the past two decades. He was certain the world would not hand California the international wine market on a platter, and that only the greatest attention to detail, hand in hand with innovation, would serve them going forward.

The only question now is, who will grab Robert’s torch and run with it?