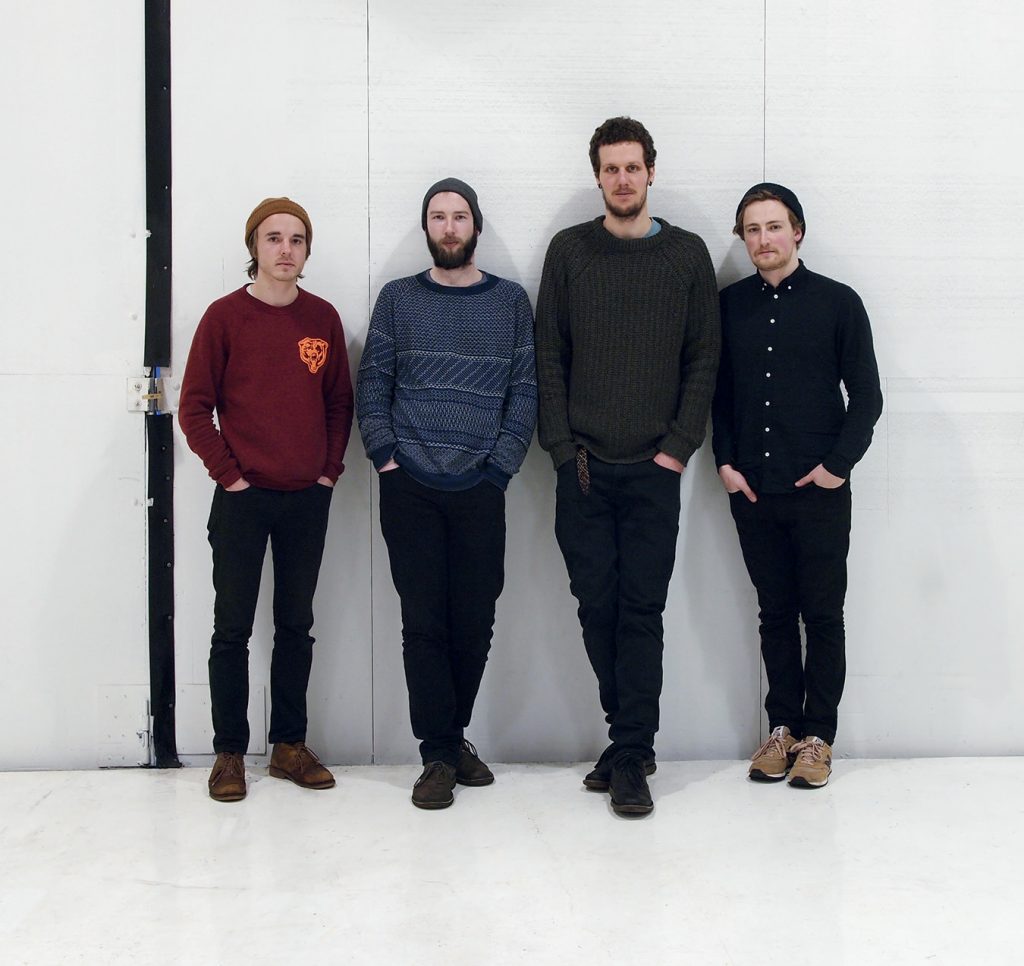 It’s 3 p.m., and 33 Acres brewery is a hive of activity, partially because folks are eating a late lunch and partaking in the brewed beverages on tap. But there is a rock and roll band, led by a troubadour named Andy Shauf, hanging around, talking, sounding out various instruments, and readying for sound check, giving the place a bit of a buzz, a little sense of anticipation.

Shauf is from Regina. He started out playing solo, touring Canada and the United States as an opening act for bigger touring acts. Streaming Cafe in Kelowna recently offered him a grant to go to Germany to record in a 14th-century castle just outside the city of Dresden. His thoughtful, often mournful songs sank in deep with many of the locals in Kelowna; such is the serendipitous life of a practitioner of the popular music arts these days.

Andy Shauf is quiet, thoughtful, with a self-deprecating sense of humour, and he is every ounce a musician. “I started performing in Grade 11. There was a Bible academy across the street from my school, and I had lots of opportunity to play for an audience there,” he says. He started writing songs as well. “I thought I’d just give it a shot until I graduated from high school, but here I am seven years later, still doing it.”

Live performance is a great pleasure, but writing the songs, playing all the instruments, and getting all just right consumes a lot of time and energy.

The music is layered, rhythmic; not heavy at all, but with plenty of force. The band has Shauf on guitar; Avery Kissick on drums; Colin Nealis on piano, viola, and clarinet; and Josh Daigneault on bass guitar and clarinet. The overall effect, given Shauf’s light-as-air vocals expressing some pretty tough thinking, is extremely engaging, musical, variegated, and at times even joyous. “I did get known a bit for these sort of depressing songs,” says Shauf. “And I admit I was trying to make people a little uncomfortable. But my goal is simply to write good songs. You try to write a better song each time—that’s a great motivation.”

He begins with the music, a wisp of melody, or a full-blown chorus waiting for lyrics and arrangement to make it fully realized. Composition is initially on piano, but he often moves to guitar at some point, and then the layers start coming. Influences such as the Beatles are, to him, “inevitable”, but he mentions Elliott Smith, whose music formed the soundtrack to Good Will Hunting, and to which Shauf’s vocal stylings and musical arrangements bear some resemblance. But more importantly, he recalls Randy Newman’s statement that songwriting is like writing a short story. There is a lot of trial and error in the process, as he builds each song into its own unique entity. A song like “You’re Out Wasting”, for example, took nearly a year from inception to full realization. Acoustic bass and rhythm guitars are strategically, sparingly, hauntingly augmented by violin and honky-tonk piano, while Shauf softly intones, “Spend my open eyes on the things I left behind / My sturdy feet and my hopeful life / While you’re out wasting time with the right guy”.

Live performance is a great pleasure, but writing the songs, playing all the instruments, and getting all just right consumes a lot of time and energy. “I try to create scenarios, sometimes from personal experience, sometimes from other songs that inspired me one way or another. I get a sound texture, record a demo, and then with the whole band, we do the song, and don’t really duplicate the demo. It becomes a richer song overall.”

The trip to Dresden will be a great new experience. “The record we will make there will be a little more upbeat,” he says. But this night, as the band moves through so many memorable songs, and Shauf quietly commands centre stage, the room is in full accord with his music, fully appreciative. It’s the real deal, and is likely to only get better as time goes by.