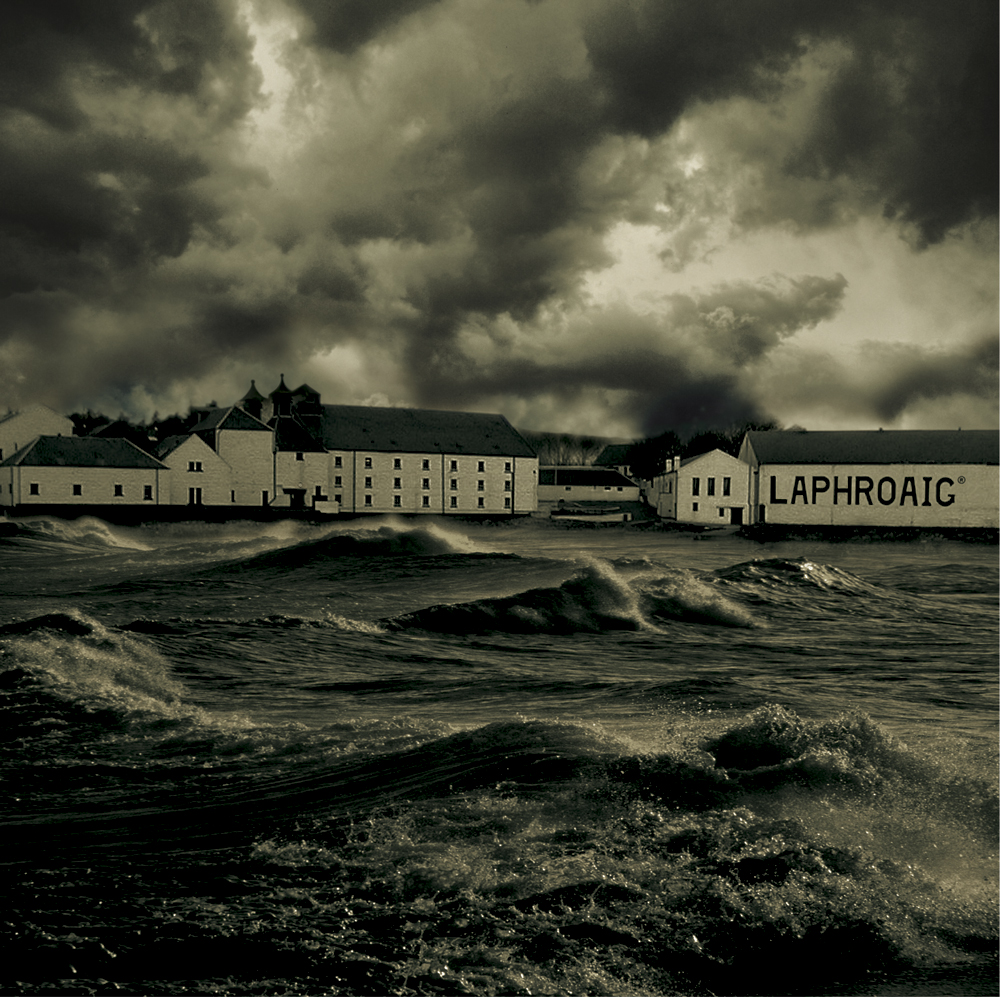 For the average traveller, Islay—the southernmost island of Scotland’s Inner Hebrides—might seem like an unexpected layover, but for the whisky lover, romance seeker, and bon vivant, it’s nothing short of breathtaking.

Travelling down a narrow road toward the town of Port Ellen, we pass fields of bright yellow flowers, green meadows, and mobs of sheep over the Glen Machrie. The Laphroaig peat beds—endless moors of decayed plants and fungi, heather, and wild grasses—are one of the main reasons why Laphroaig tastes different and provides its signature earthy, medicinal flavour.

The process to bring Laphroaig from grain to green bottle is a unique one. Laphroaig is one of the very few distilleries that still does on-site floor malting. Malting, the act of turning starch into soluble sugars to feed yeast during fermentation, is a crucial part of spirits production; the barley is soaked, flicked, warmed, and cooled, and this process tricks the barley into thinking it’s springtime and helps the chemical change occur within the embryo. After six days, sprouted barley moves to the kiln, where it will remain touched by low heat and blanketed in a thick layer of peat smoke for 15 hours.

After such an intense infusion, the barley is dried, ground, and mixed with the waters of Kilbride stream, which runs right through the distillery from the hilltops. Then the processes—wort meets special yeast, fermentation takes place, and the peaty 8.5 per cent ABV warm, “strong beer” is distilled. Laphroaig’s still has a separate appendage called the Lyne Arm, which helps to remove the heaviness in the spirit, while the copper continues to keep flavourful reactions occurring. This process gives Laphroaig its signature aromatic richness, while keeping it relatively light on the palate.

As I walked along the beach just beyond Laphroaig, I took in the sea air and realized that this is one of the most magical places on earth. Walk a mile in the barley’s shoes, from grain to grist, vapours to cask and all the wee steps in between, and you realize that this special green bottle represents the heart of Islay.