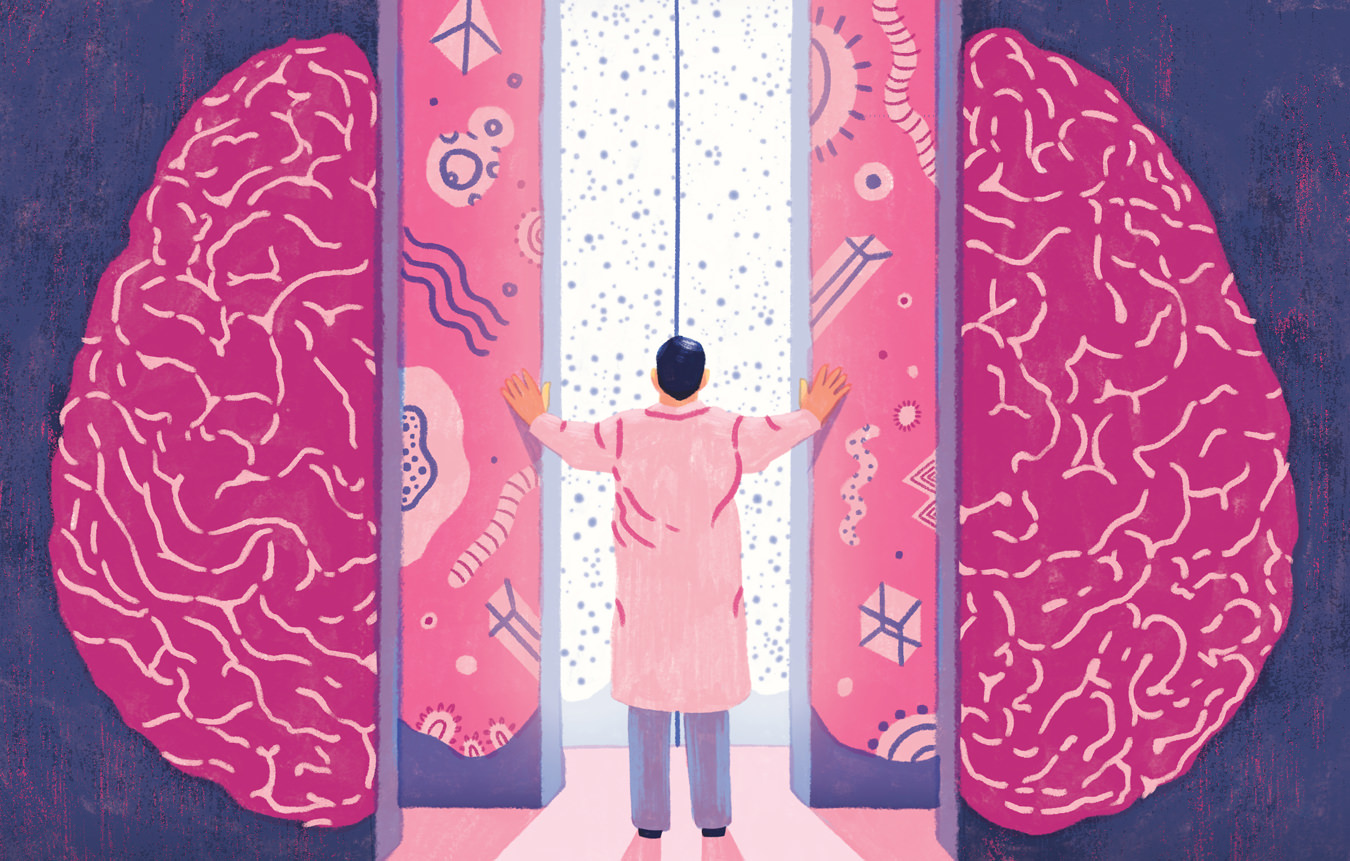 Dr. Ging-Yuek Robin Hsiung is on the front lines of the search for answers to Alzheimer’s—a disease that remains hard to diagnose, currently impossible to cure. He states clearly that “there is no benchmark diagnosis approved for clinical use in Canada yet, and no truly proven treatment to reverse the pathology” of Alzheimer’s. Hsiung is associate professor in the Division of Neurology at the University of British Columbia’s Department of Medicine, as well as staff neurologist at the UBC Hospital Clinic for Alzheimer Disease and Related Disorders and St. Paul’s Hospital. He spends a great deal of his professional life trying to advance the empirical knowledge base pertaining to Alzheimer’s, but understands the multiple challenges. “The standard, the measurement in terms of what is normal aging or one of many forms of dementia (or actual Alzheimer’s), is different for each individual,” he says. “So there is inherent difficulty in assessment.”

Hsiung began his career focusing on genetic risk factors for dementia. He then moved on to research in clinical characteristics, “which the general public thinks of mainly as memory loss, but it is more complex.” At UBC one of his focuses is on frontotemporal dementia, which can affect comprehension of language, speech, and behaviour. He has also studied semantic dementia, a subtype of frontotemporal dementia, in which a patient may forget the meanings of specific words, with minimal cognitive dysfunction in the beginning.

“I would say we are at the level for this disease that cancer research was 50 years ago.”

Brain plaques identified by Dr. Alois Alzhemier in 1906 have become known as amyloid plaques—amyloid being a naturally formed small piece of protein (a peptide) in normal metabolism that, in excess (either from production or troubles with clearance), can cause nerve cells to malfunction and perish. When there is too much amyloid, they stick together and form plaques. However, just how prominent a role they play is still under serious investigation. “There have been some breakthroughs,” says Hsiung. “Since 2000, amyloid imaging has been available. These positron emission tomography (PET) scans are more helpful. But they are so expensive, that is not a likely long-term solution. There is progress in terms of how cholesterol in the brain acts differently than cholesterol in the blood, and that appears to be another factor that influences amyloid accumulation in the brain. But the truth is, the more we learn, the more complex the overall disease seems to get.”

Hsiung is clear-eyed about it. “I would say we are at the level for this disease that cancer research was 50 years ago,” he says. “Progress has been slower than what I was hoping for. But we know, for example, that stroke indicators can also be dementia indicators.” Those early clues are crucial.

Alzheimer’s is inextricably linked to aging, but Hsiung notes that “even though dementia is common with age, it is not inevitable, and can be mitigated.” Mitigated does not mean cured, of course. But whether we are talking about early detection, onset, or full-blown Alzheimer’s, there are some things to consider. Healthy diet, keeping physically active and fit, and keeping mentally active and fit as well, are all common positive factors. Alzheimer’s is not unique in that regard, of course, but it bears keeping in mind that, when there is no cure in sight, prevention is absolutely vital.