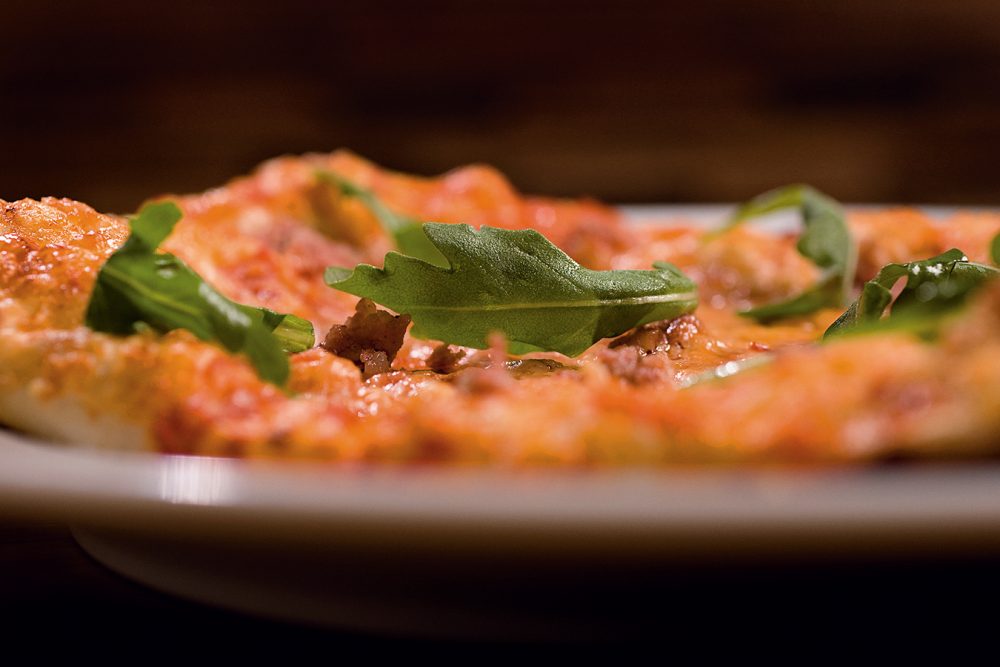 A collective cheer went up from Hastings-Grandview residents when Campagnolo Roma flung wide its doors to diners in mid-May. Tom Doughty and chef Rob Belcham took possession of the restaurant at East Hastings Street and Garden Drive in late March and rolled up their sleeves to hotfoot the opening. Modelled after sister restaurant Campagnolo on Main Street, this bright, casual neighbourhood spot embraces the classic cuisine of Rome.

“Rob and I want to bring great food to people. Going with that, it was very important for us to find a neighbourhood that needed great food,” explains Doughty. “It’s kind of our mandate to take a chance and tread new ground in terms of locations for our restaurants rather than safely popping into an area like Gastown or downtown where everybody’s already spoiled with choice.”

Response from locals thus far has been overwhelming. Doughty says, “Even while we were still under renovation, people would stick their heads in the door to say, ‘Thank you. We’ve been living in this neighbourhood for years and have been dying for a restaurant like this.’ ”

Chef Ted Anderson heads up the preparation of dishes richly steeped in tradition, spotlighting local, seasonal ingredients in true Roman fashion. Campagnolo Roma’s succinct, carefully crafted menu is anchored by classics such as rigatoni all’amatriciana with cured pork in tomato sauce that tastes of summer’s bounty, and rich spaghetti carbonara with house-cured guanciale. Pizzas are second to none—be sure to save half your order of ethereal whipped ricotta with a hint of lemon and olive oil for dipping the crusts. Doughty is working on importing B.C.’s first two Roman wines to round out the slate of varietals and Italian-inspired cocktails. And dolce, such as their luscious tiramisu, paired with a 49th Parallel espresso, make it easy to finish off your meal as the Romans do.