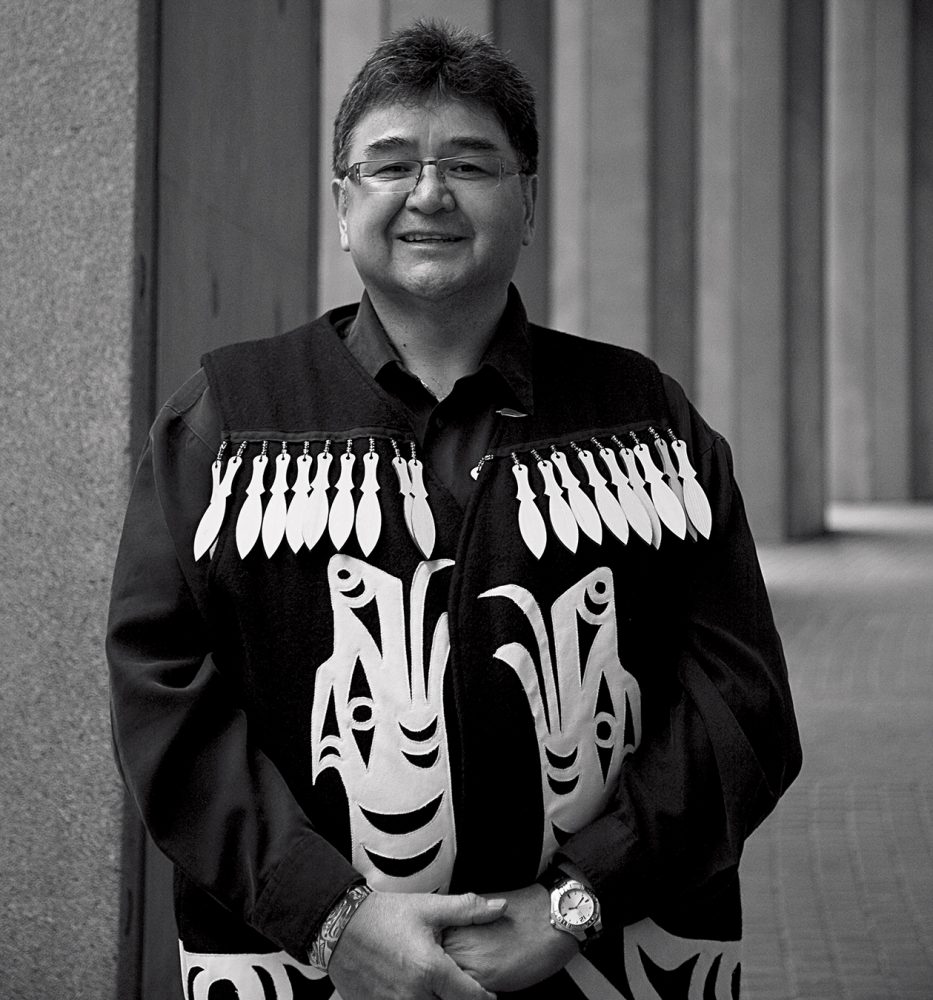 Like many other First Nations peoples, the Musqueam band of Vancouver’s Lower Mainland followed an exclusively oral tradition; history and culture were passed down from generation to generation through storytelling. Some stories were creative expressions of fundamental values and morals, some explained how things came into being, and others still were a record of one’s lineage, but all were meant to entertain. Complex and often humorous yarns were skillfully woven to the listener’s delight.

For the first 12 years of his life, Henry Charles lived in the bush. He and his siblings used a trail made by his grandfather and father, connecting them to the bus stop at 41st and Crown, where they would board for school. “Everyone figures, ‘Oh you lived in longhouses and everything.’ No, no, no,” Charles says, laughing, “We lived in a regular house. It was like a Tom Sawyer adventure.”

In 1965, when developments began to turn the area into the new Shaughnessy Golf and Country Club, most of his relatives moved to the Musqueam Indian Reserve. “We never expected that to happen,” he says. “We figured we were going to be there forever, right?”

Charles moved to join the rest of his family shortly thereafter, and as he got older, he found himself watching people around him pass away. Few remained who could speak the dialects fluently. “Musqueam is almost finished,” he says. “But somebody’s going to have to speak for our family when our time’s come.” He decided then, that he would be the one to do it. So he began visiting people around the reserve, collecting words in Hun’q’umi’num, the Musqueam language.

This did not go unnoticed. Charles was summoned by one of his distant relatives, his aunt Adeline Point. Satisfied that he could explain his relation to her, she assumed the role of venerable tutor. Point, however, spoke a dialect that is now extinct. Charles explains that Hun’q’umi’num, like many other languages, has a prestige dialect, spoken by the siem, or the high-born people. “It makes a perfect popping sound when you speak it,” he says. “When my aunt passed away in 2003, we lost the last fluent speaker of the old siem dialect. I haven’t heard it again.”

Today, Charles is the Vancouver Public Library’s third First Nations Storyteller in Residence, leading several workshops a month at the local branches. A storyteller’s proficiency is in adapting a tale to suit their audience, depending on their age, understanding of culture and history and position in society. Charles entrances schoolchildren with his folklore, teaching them to dance like stalqaya (wolves) and soar like yoqwala (eagles). He also spends time at various First Nations community centres, as well as at the aboriginal men’s group in the Downtown Eastside, encouraging residents to reconnect with their roots by sharing stories about their culture.

“Every time you talk about something, there’s a story involved,” Charles says. “Everything has a meaning. ‘Musqueam is a beautiful language,’ my aunt used to say. ‘And it lives and breathes and it’s not just words coming out of your mouth.’ ”

Charles recalls two intensely emotional and humbling experiences in which he was approached by elders from separate communities. After exchanging a few words with him, they were able to identify his grandfather just by listening to the way Charles spoke. Truly, Hun’q’umi’num has a pulse. Charles keeps it beating for now, and his two most important pupils—his daughter, Christie Lee, and granddaughter, Kimora—will continue doing so after him.