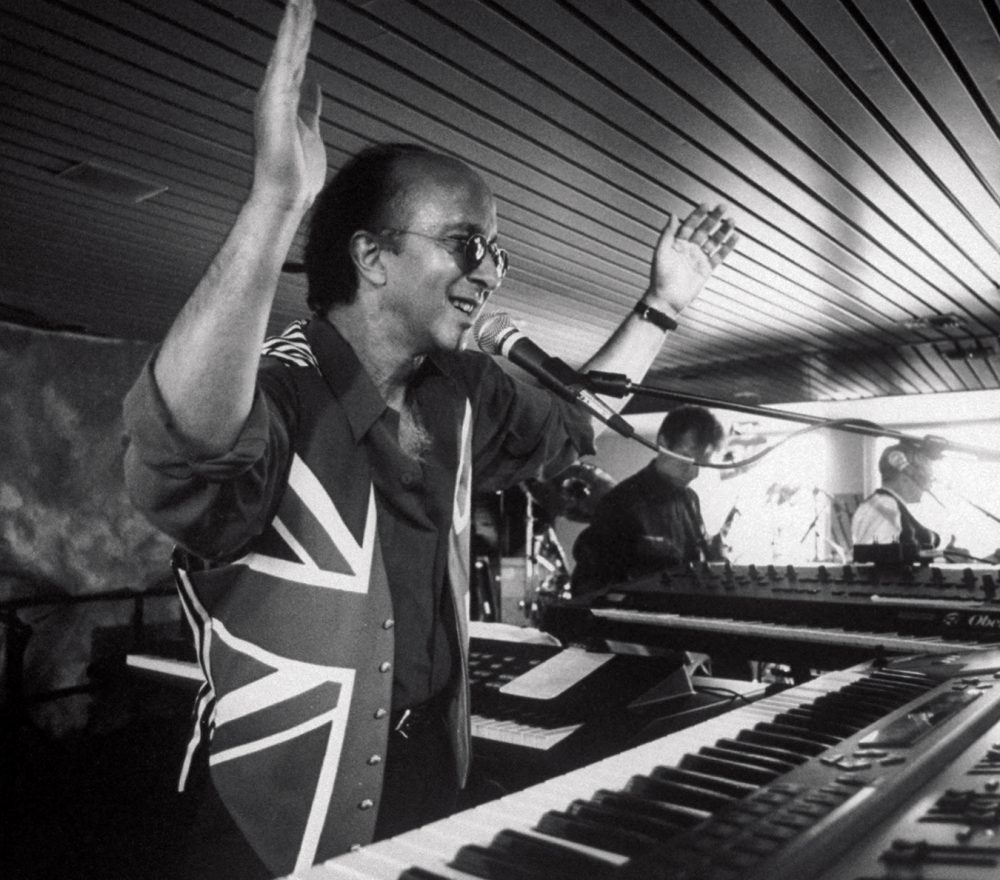 Live television—or, more accurately, television shows performed before a live audience but presented in video-delay—has certain demands that are invisible from the television audience. First and foremost among these is the need to actually entertain the live audience, not only during the on-air time, but also during commercial breaks. That is the concept from which the house band originated, back even before the time of The Tonight Show with then–king of late night, Jack Paar. And in a sense, the format of house band plus sidekick announcer and star host has not really changed much at all.

Steve Allen was Paar’s predecessor, and his bandleader was Skitch Henderson, who also had the role of music director for NBC. Paar brought his own bandleader, José Melis, with him when he assumed the position. By the time Johnny Carson took over from the mercurial Paar, it was already a necessity that the host and the music director be in some profound way on the same page, and Carson cemented this notion when he brought in Doc Severinsen, who led a band of jazz all-stars and who sat in on occassion for sidekick Ed McMahon. Severinsen was a regular part of the onstage banter, and his band eventually participated in many of the sketches.

The whole point was to keep the live audience entertained, since if they sat on their hands during the taping, no amount of cue cards could rescue a show. The audience had to be happy, and the house band played a big part in ensuring that. As things got more sophisticated, the band would kick into a song well before the commercial break, and would continue to boogie for a few seconds after the break as well. Often—as in almost always—the host would tap his foot (they all seemed to be male) or swing a bit, just to show he was cool.

David Letterman had Paul Shaffer as his counterpoint, both in his stint at NBC on Late Night following Carson, and (after the mock epic proceedings in which he did not get to host The Tonight Show) in his ongoing stint at CBS with Late Show. Shaffer, a veteran of Saturday Night Live and a musical chameleon if there ever was one, has a repertoire that seems to know no bounds. And as an added bonus, his band can back up virtually any star-singer in a pinch. Most notable among these performances is the last show they did at NBC, in which Bruce Springsteen performed “Glory Days”, backed by Shaffer and his band. Springsteen even dignified the proceedings by jumping on top of Shaffer’s piano for the final few bars.

I once spent a few days behind the scenes of Letterman’s Late Show, watching how things are done. The band receives a recording of all the tunes they will perform that day, have a startlingly brief rehearsal of no more than 20 minutes, and then on with the show. But for the audience in the seats that day, it is a big-time performance by all-stars, a full-on showbiz extravaganza. Shaffer also acts as Letterman’s bantering partner, something they have seemingly perfected over the many years.

At NBC, Jay Leno had already worked with Branford Marsalis, and then segued to guitarist Kevin Eubanks, whose appreciation for Jay’s humour was apparently genuine. That he knew how to fill the commercial break spaces with great sounds was a given. Late Night bands, too, have always brought a decidedly more contemporary popular music strain into the mix. And with that was born a new era, in which Conan O’Brien, in a nice piece of possibly unintended irony, hired Springsteen’s E Street Band drummer Max Weinberg as his music director and bandleader.

There have been many musicians going through the turnstiles of late night television, but the new kid on the block, at Jimmy Fallon’s iteration of Late Night, is Questlove and his band the Roots. They are the first TV house band that were actual stars in their own right, going in. Some evenings, you get the feeling people line up just to see and hear the band, the rest of the show counting as filler—a nice inversion of the formula. The Roots and Fallon have taken the idea of integrating the music and the other parts of the show to a post-modern level in some ways, eschewing the need for introduction, explication, or any sign of appreciation from the host. You just know Fallon gets it.

In Letterman’s case, since the tickets are always free, you have to stretch the point when saying the audience gets their money’s worth. But rest assured, there have always been nights when the music-filled commercial breaks are the very best parts of the show. The next logical step might be to run the commercials when another lame guest arrives, and broadcast the band playing a killer version of “If It Wasn’t For Bad” that even Leon Russell would enjoy.