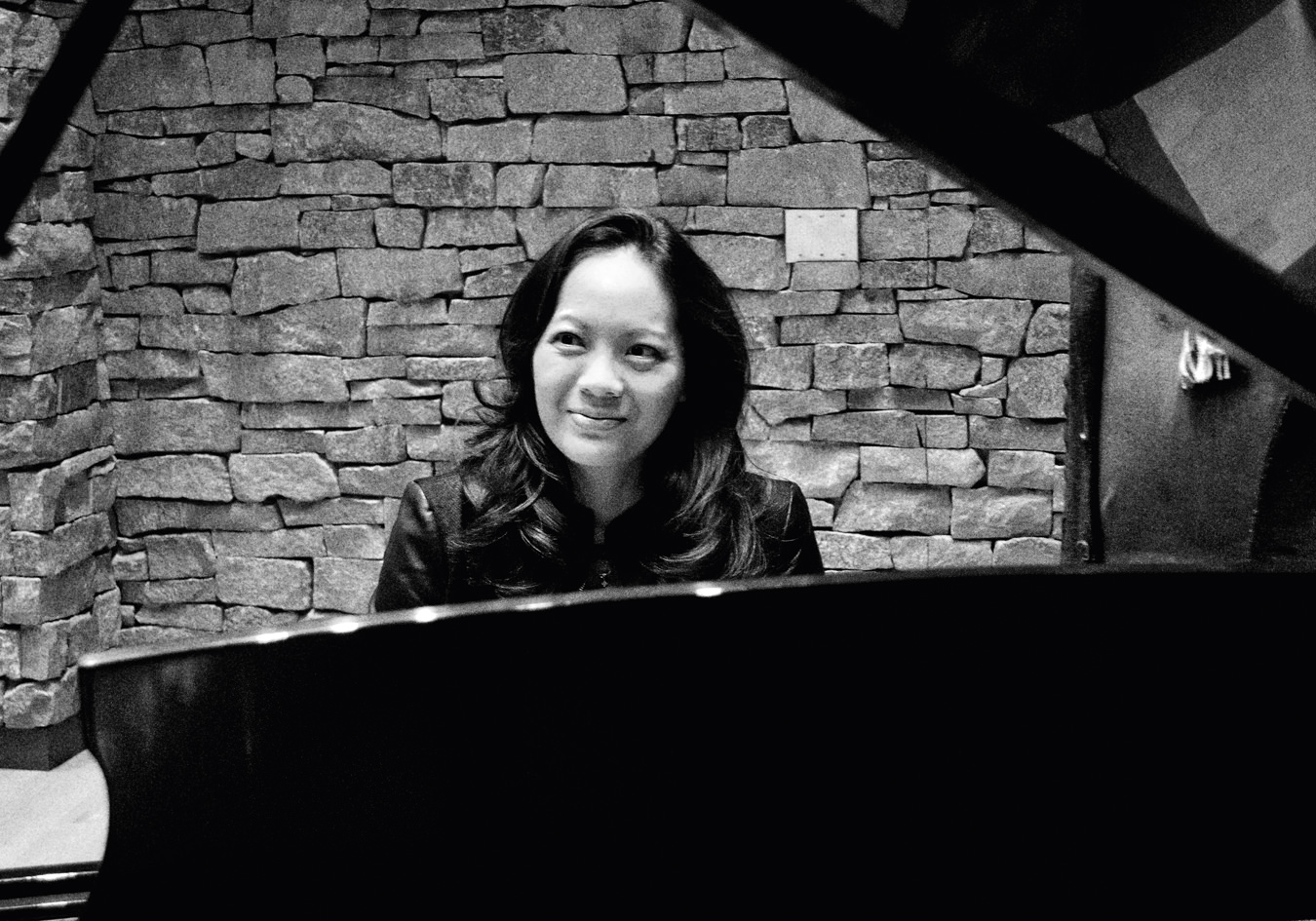 It may seem surprising to hear that Vivian Fung, born and raised in Edmonton, has built an international reputation as a classical music composer that has led her to a commissioned orchestral work for the Vancouver Symphony Orchestra, as a way of introducing its 2015 season in September. But there it is. Fung knows no bounds, nor does her compositional groove.

The rise to renown was, to observe the cliché, meteoric, but she herself doesn’t think in those terms. “I am thankful to have the privilege of making a living as a creative artist,” she says. “I have had many commissions, and each time I only want to give it my voice, and to reflect in some way the spirit of the commission.” Some of her works to date tend towards a kind of melange of classical composition, and a kind of world music spirit, many based on influences the composer herself experienced in wide travels.

Fung’s work has achieved international acclaim, certainly, but she remains grounded, focused on “inspiration I draw from each place I encounter.” So it is that her work can speak to influences such as Balinese gamelan and Chinese folk songs. Thus her musical palette is richly varied, and in some ways accessible to a wider audience. A good example of her influence is a piece titled “String Quartet Number 3”, commissioned by the Banff International String Quartet Competition in 2013, and used as the task for 11 talented string quartets from around the world to perform. The eventual winner was the Dover Quartet from the United States, already a rising star, but their win in this competition catapulted them to international status. Fung enjoys this part of her job, too: “I try to create works that leave within them the space for the performers to make something unique.” So far so good: she has received a multitude of awards and grants, including the 2012 John Simon Guggenheim Memorial Foundation Fellowship, American Music Center, the League of American Orchestras, and the Canada Council for the Arts. She has been composer-in-residence of the Delaware Chamber Music Festival, Music in the Loft chamber music series in Chicago, the San José Chamber Orchestra, and the Billings Symphony. She is also an associate composer of the Canadian Music Centre. Fung’s work has been embraced as part of the core repertoire of music by many distinguished artists and ensembles. In 2012, Naxos Canadian Classics released the world premiere recording of her “Violin Concerto”, Piano Concerto “Dreamscapes”, and “Glimpses” for prepared piano, with Metropolis Ensemble conducted by Andrew Cyr, featuring her friend, violinist Kristin Lee, and pianist Conor Hanick. Her “Violin Concerto” earned her a 2013 JUNO Award for Classical Composition of the Year.

Most commissions Fung accepts are for “larger works, which allow for some exploration. My process involves an assimilation of influences and references to music and other stimuli that has affected me in some way, but ultimately the end result is my own individual voice.” Her star rose significantly with “Yunnan Folk Songs” in 2011, which gathered international attention. The piece exemplifies her ability to meld influences from many cultural and musical sources, creating works that audiences all over are drawn to.

Vancouver Biennale founder Barrie Mowatt commissioned Fung for the new work in partnership with the Vancouver Symphony Orchestra and its music director Bramwell Tovey, with partial funding by the Canada Council for the Arts. “Barrie saw a work I had done at an arts event in Florida, and we began a conversation,” she says. “From there, eventually I spent time with Bramwell and the Biennale, and together we came up with an idea to write a 25-minute orchestral work, with five distinct movements. Each of the movements would be based on a piece of public artwork in the Vancouver Biennale’s catalog of works. It was an exciting project from the inception. A couple of my works have had a visual component to them, so this was a good match. And it was truly inspiring to look at the art, and try to write music that would honour that.” Among the pieces that formed the foundation of her piece is the great OSGEMEOS graffiti art on Granville Island. It became, instantly, one of the five inspirations for her new orchestral work. “When I first saw that, I was astounded,” she says. “It is an intense piece of art, and right there for everyone to experience. It is amazing. And what I found in Vancouver has in many ways inspired me. My piece for Vancouver Symphony is really about celebrating the Vancouver Biennale, Vancouver Symphony, and the community, tied directly to the orchestral work but also to the people of Vancouver.”