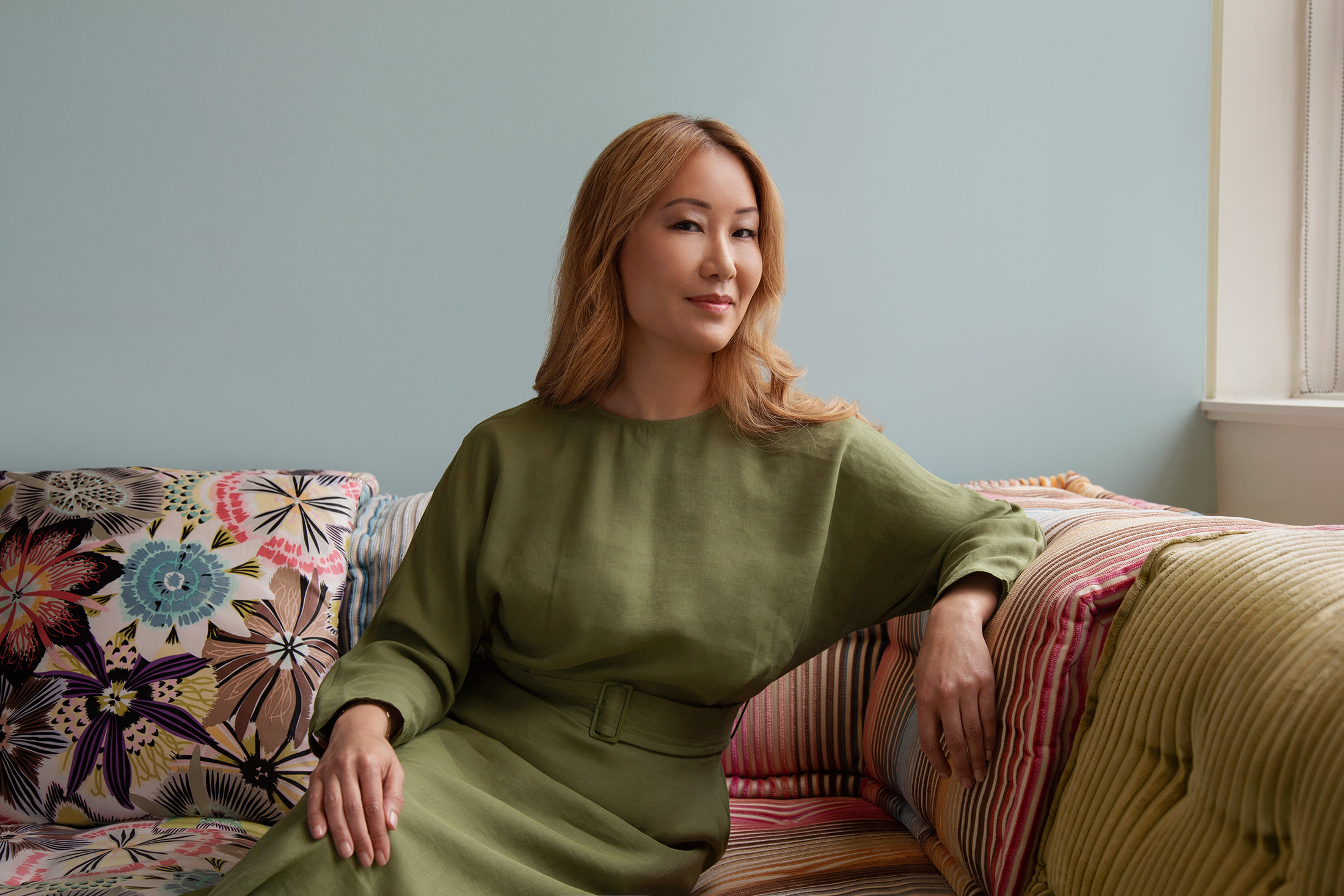 “I’ve been here a long time—people here weren’t even born when I started,” says Jennifer Wong, president and COO of Canadian fashion and design house, Aritzia. At the buzzing Vancouver headquarters, the airy and bright interior contrasts with Wong’s impeccably cool gym attire, an all-black matching affair boasting the company’s on-site fitness centre branding. Perhaps the embodiment of the Aritzia brand, Wong is effortless, fashionable, and poised. No wonder: she’s been with the company since 1987, when she joined the Robson Street store as a seasonal style advisor.

“I hadn’t even finished my last year exams,” Wong explains, her role evolving to key holder and then assistant store manager while she was still studying economics at the University of British Columbia. A Vancouver native, she had planned to pursue finance upon graduating, but Aritzia’s CEO, Brian Hill, had other ideas.

“He invited me to basically run the shoe division for retail,” she says of Hill, who founded Aritzia in the basement of his family’s longstanding business, Hills of Kerrisdale, in 1984. Working as Aritzia’s first buyer and retail manager, Wong sharpened her skills in inventory, with a flair for fashion market trends. Ordering Dr. Martens directly from the factory in England, she recalls, made Aritzia one of only five retailers in Canada to do so. She dabbled in corporate operations—human resources, legal, finances, marketing, and technology—was named chief operations officer in 2007 and, in 2015, added president to her title.

Aritzia has long been a closet staple for the fashion-conscious, attracting everyone from 14-year-old girls after its signature TNA leggings, to the stylish over 60s. But it was the decision to vertically integrate in the 1990s that, she says, led to the brand’s high retention rate.

“Our buyers started to recognize that there were opportunities in the marketplace that they weren’t finding with these third-party brands,” she notes, adding that at the time, only five per cent of all stock were in-house brands. “What developed was the vision to vertically-integrate a variety of different brands, rounding out an assortment of fashion apparel to appeal to mum, grandma, and daughter.” Original labels Babaton, Talula, and TNA are among 16 exclusive Aritzia in-house brands which now make up 95 per cent of the stock; Denim Form, launched in 2018, is the most recent.

Aritzia reported a 40 per cent increase in sales revenue growth in the United States market across its e-commerce platform in its 2019 third quarter. There are now 29 retail locations stateside; the first opened in Seattle in 2007. This success can be attributed to sharp marketing and brand awareness, able to leverage sightings of public figures and celebrities—such as Sophie Trudeau, Meghan, Duchess of Sussex (single-handedly responsible for selling out entire product lines), the Hadid sisters, and Hailey Bieber—wearing their clothes. They also launched their first paid Instagram campaign with Kendall Jenner in October 2018.

In Canada, there are currently 70 storefront locations, including standalone storefronts for Babaton, TNA, and Wilfred, and the company launched its first concept café, A-OK, at Toronto’s Bloor-Yonge flagship location in February. The hope is for annual revenue to exceed $1.1 billion in 2021, up from $743 million in 2018. “My gig here is to build the infrastructure to enable our growth,” says Wong. She certainly has the vision for it: she’s credited for the Black Friday 2012 roll-out of Aritzia’s e-commerce business, making the company one of the first Canadian retailers to bring the annual sale across the border. The website now services over 200 countries worldwide.

“We continue to be one of the industry’s leading retailers, and we have a sustainably profitable business,” she insists, with the company boasting 21 consecutive years of positive net revenue growth. “One of the things we’re good at is understanding what our customer wants,” she explains. “You can trust us to find something that’s going to make you feel great and look great.

“At the end of the day,” she shrugs, “we’re a demand-driven organization. So, whatever the customer wants, we will give her.”

Read more from our Summer 2019 issue.