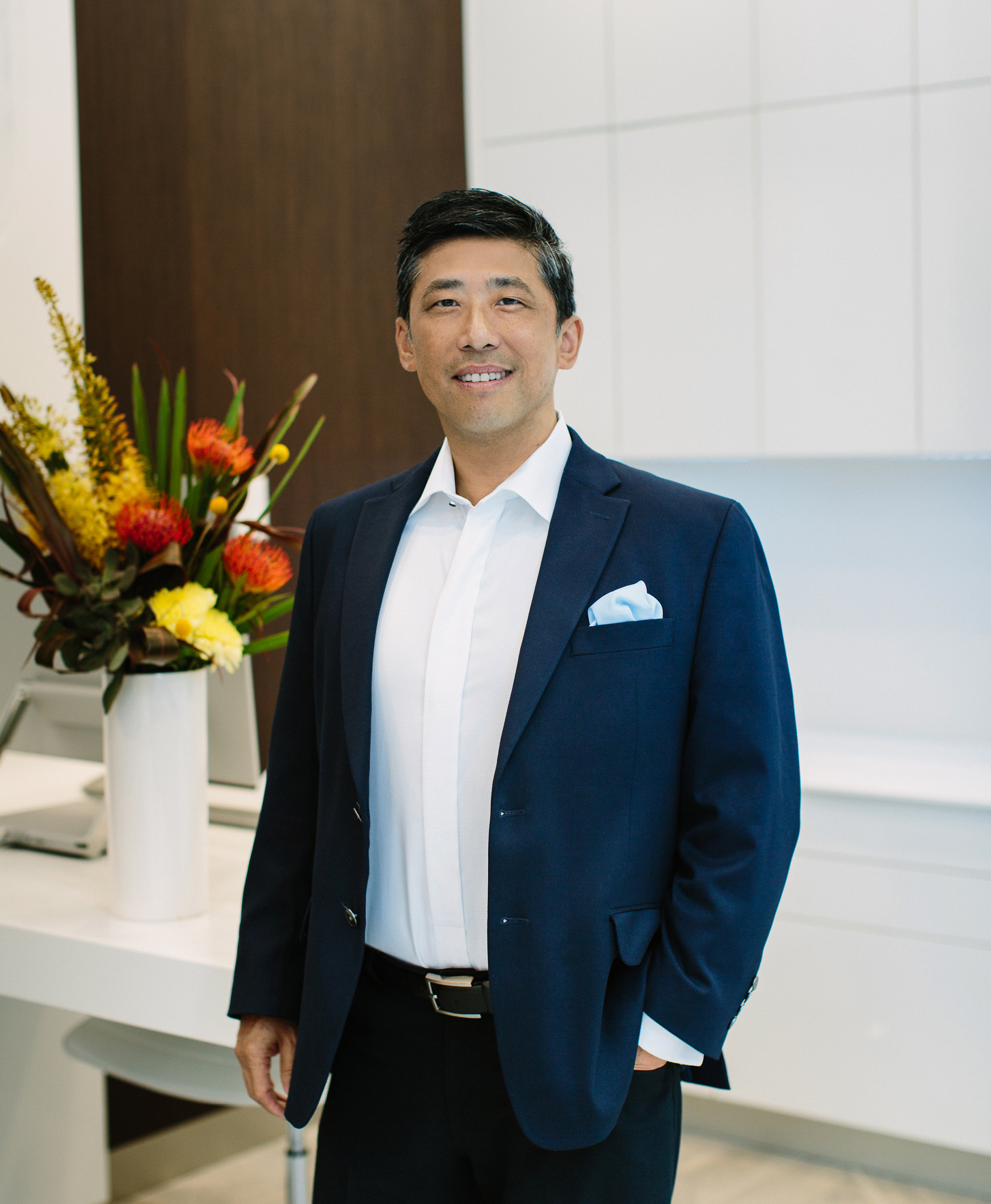 As the son of bakers who immigrated to Canada in the early 1970s, Dr. Wilson J. Kwong had always thought he would follow in the family bakery business. But when a persistent pain in his mouth drove him to seek help, he discovered a new calling.

His toothache was only the first problem: no one among his seven siblings—there are 14 years between Kwong (the youngest) and his eldest brother—or his parents had ever gone to see a dentist in Canada. After several attempts, he eventually found someone who agreed to see him on a Friday afternoon at 5:00 p.m.

“This person gave me his time and changed my life,” Kwong says. “He took me out of pain.”

He was 16 years old and it was his first filling. That was swiftly followed by the 13 others that were needed in order to fix his teeth and stop the pain completely. His 30-year career as one of Vancouver’s most recognizable entrepreneurial dentists is the result.

“Getting in to see that dentist changed the trajectory for me. Within a month after I got out of pain, I had decided. I wanted to be a dentist,” he says. “And I started telling people.” His family were not convinced. “‘Why would you tell people that?’ they said. And I thought, ‘Why wouldn’t I?’”

He may not have them to thank for his profession, but Kwong says his self-confidence and self-reliance was learned through the example set by his parents. His mother, Ah Hong Yau, and his father, Walter Kwong, had already built a successful bakery business in their native Philippines, but they decided to move to Canada and start again from scratch.

They opened New Town Bakery at 168 East Pender in Chinatown in 1974. At the time, the concept was a novelty: a bakery that blended baked goods from the Philippines and China. The business was successful, but after Kwong’s mother died following a short illness just two years later, the whole family had to chip in to help run things. He was just 12.

“I worked there throughout my childhood and that’s where the work ethic started,” Kwong notes. “I had to learn to figure things out on my own, and that also gave me drive.”

He graduated from dentistry school at age 25 and started practicing in Quesnel in 1989. He had briefly toyed with the idea of staying in school longer and becoming an oral surgeon, but the dean of his school told Kwong that he was better off getting out and serving the community as soon as he could.

Kwong returned to Vancouver in 1990 and started a successful practice at Oakridge Mall the same year. He created Inspire Dental Group in 2011, and has since opened further offices in Port Moody, Surrey, and Langley. The newest practice was launched last fall on West Hastings at Terminal City Club. He also teaches as a clinical instructor at the University of British Columbia’s Faculty of Dentistry.

In memory of the help he received as a teenager wracked with toothache, in 2008 he founded the Vancouver Dental Education Centre, where dentists learn advanced clinical techniques to make visiting them more comfortable and affordable, and through which he recognizes one student each year with a $1,000 scholarship. He also started Patients 4 Philanthropy which donates $25 from each new patient visit at his practice to Eagle Ridge Hospital Foundation for the purchase of hearing aids for children in need.

His students are very aware, he notes, that one day AI and robots could make dentistry cheaper and faster, but he wants these future dentists to understand that there will always be a psychological element to the work. Making people comfortable in the dentist’s chair is not necessarily something that technology can address.

The cost of getting the work he needed done when he was 16 was the equivalent of buying a car. Many young men might have thought that a better option.

“I didn’t know any better at that time, but I figured it out,” he adds. “A smile opens a lot of doors for you.”