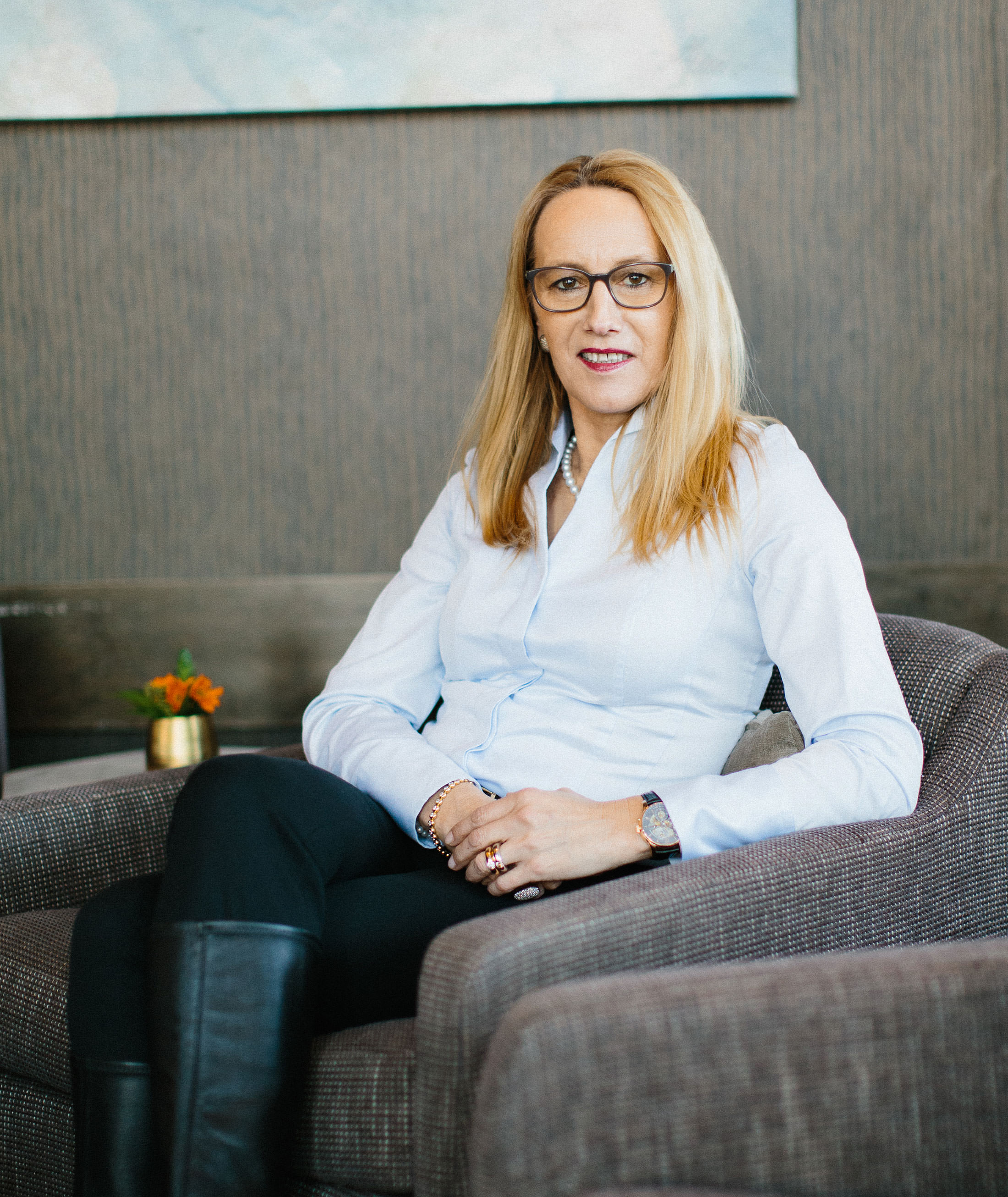 Putting sand inside a watch is indisputably a rather odd thing to do; there are surely fewer substances available to humanity that are more likely to damage the interior of such a delicate piece of machinery. But designers at the German watch manufacturer Moritz Grossmann love to push their designs into places others fear to tread, including—with the “Sands of Time”—adding a spoonful of sand into the watch face.

“We have a classic collection, of course, but we can also go out and be a little crazy—more haute couture,” says the company’s founder and CEO, Christine Hutter, as we sit down to chat during her whirlwind visit to London, U.K. “We are a small independent company, so we can make a decision really quickly and produce it very fast if somebody has a special desire for an engraving or wants something customized.”

Such innovations include a one-off piece completed within days of the 2019 Women’s World Cup final featuring the score, a soccer ball, and the Venus symbol on the face. It’s a watch that reflects the personality of Hutter, who wanted to study sports before she fell in love with keeping time. She formed Moritz Grossmann 10 years ago, and her vision and drive are so central to the company’s success that the BENU Tourbillon watch contains a strand of her hair, a new (and patented) method of ensuring great precision in the stop-seconds mechanism. Her personal experience as a rare woman in the luxury watch business also influenced the award-winning innovation of the women’s TEFNUT Twist, which is wound by twisting the strap—a design feature created to protect fresh manicures. 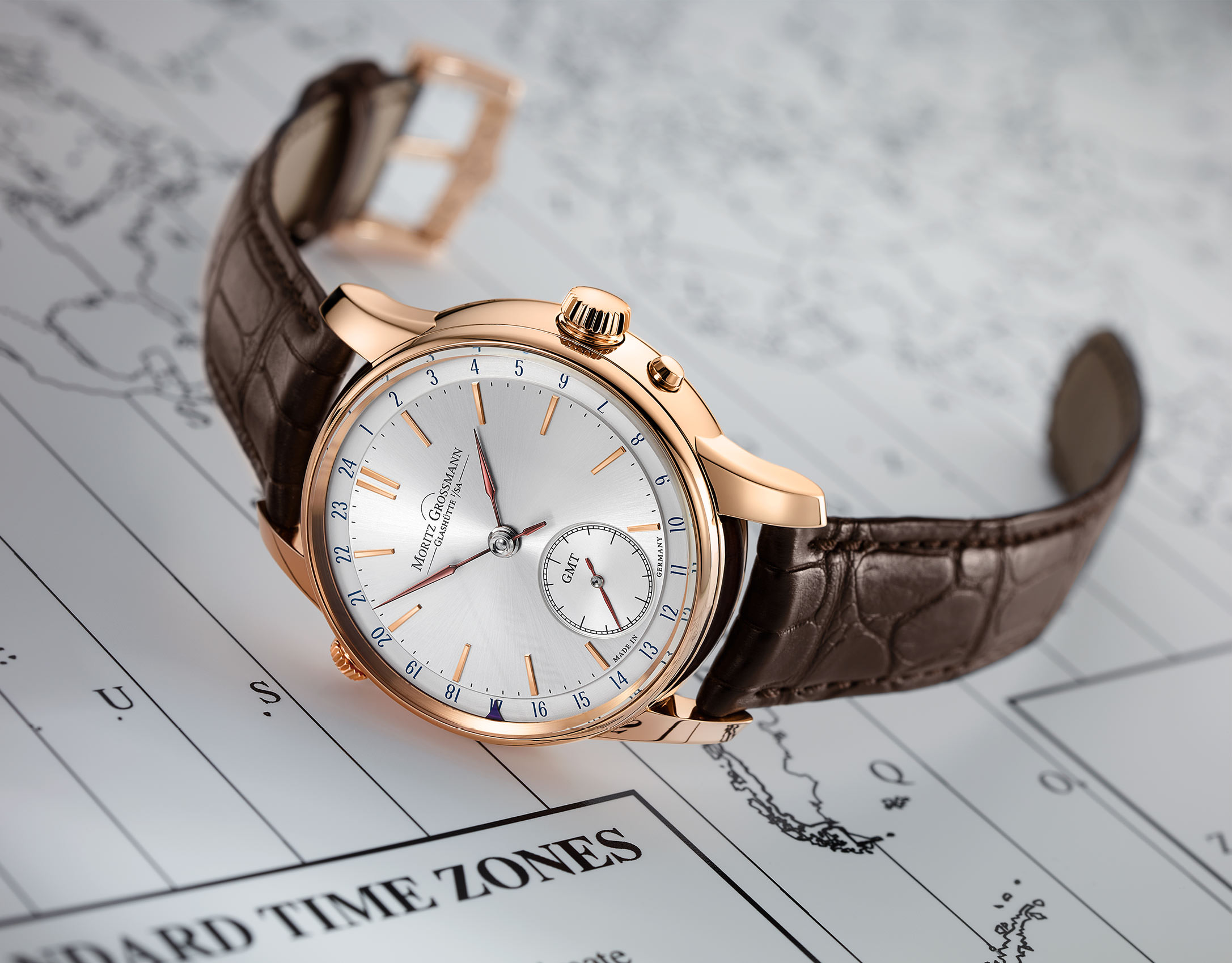 Moritz Grossmann currently makes fewer than 400 watches a year—a mixture of signature lines and limited editions, all designed and handcrafted in-house. Hutter relishes the intricacies of watch mechanics: the company’s most recent achievement is a self-winding movement that uses a sprung hammer rather than an oscillating weight; the mechanism can be viewed through a large sapphire on the reverse. “We have the highest standards of craftsmanship, but we want to make watches that are useful for clients and easier for servicing—that is our target,” she notes.

The company is based in the town of Glashütte, Germany, just 45 minutes from Dresden, and the centre of the German watchmaking industry for more than 170 years. Its reputation was made in part by Carl Moritz Grossmann, who arrived in 1854 to make pocket watches, precision tools, escapement models, pendulum clocks, and chronometers. He founded the German School of Watchmaking in 1878 and, in 1880, wrote On the Construction of a Simple But Mechanically Perfect Watch. “When he died, his company ended and everybody forgot about him,” explains Hutter. “I came across him as I was studying German watchmaking, and I realized that everybody had forgotten his name. He was one of the most eminent watchmakers of all time, and so I decided to recognize his importance by creating Moritz Grossmann, the company.”

Hutter’s own career began with an apprenticeship in Munich, where she restored old mechanical clocks, pocket watches, and chronographs, and learned to craft tiny parts such as winding stems and replace teeth and pinions. “I learned to disassemble and then assemble the movement and learned about each part and how one part fits into another,” she recalls. “If you get one tooth of one tiny cog wrong, then the whole watch will stop working.”

She discovered she had a knack for it, possessing a steady hand, a gift for problem solving, almost limitless concentration, and the desire to overcome any challenge—qualities that would prove useful for running her own business. In 1989, she started at Wempe, Germany’s largest luxury watch retailer, before working for companies in Pforzheim, Zermatt, and Glashütte, the centres of European watchmaking. “I worked in sales and retail, and marketing,” she says. “But I always had a dream in mind: to make good watches.”

Permission to reinstitute the Moritz Grossmann brand was granted in 2008. The new company started on her kitchen table in Dresden, but she always planned to base the business in Glashütte, realizing that dream five years later, in 2013. She hired German architects Flender & Drobig to design the factory in a way that reflected her own combination of respect for heritage and forward-looking dynamism—Moritz Grossmann watches may pay homage to 19th-century techniques, but the company mandate is to improve and advance classic watchmaking. 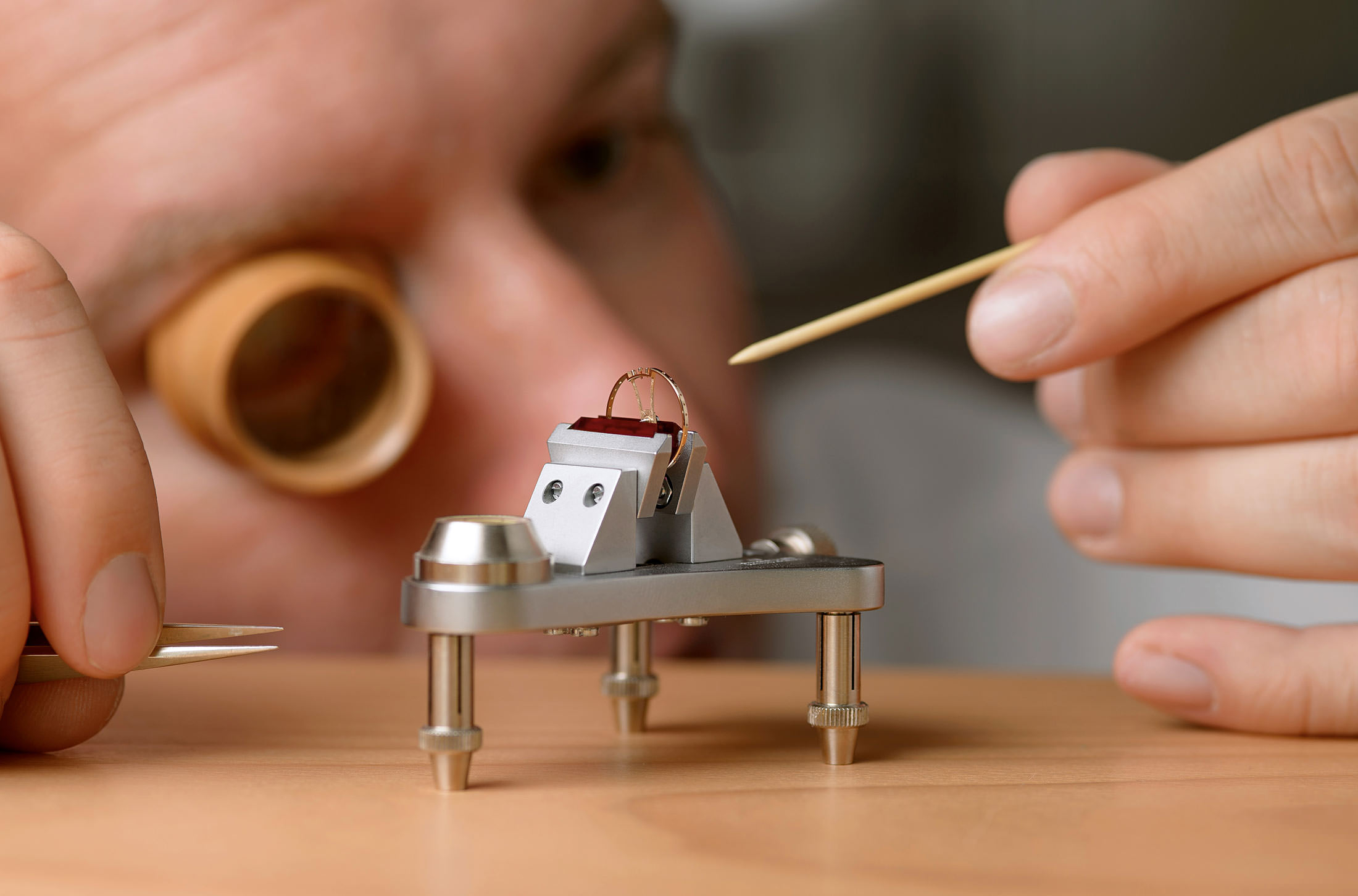 Around 30 watchmakers on staff craft each watch by hand. The designs are beautiful, the choice of materials exquisite, and the mechanics miraculous. But it’s the finish—the bevelling, polishing, and decorative engraving—that really sets the company apart. It can take seven times as long to finish a part than it did to make it in the first place, and every single element is diligently polished, even those that the wearer will never see. It takes an entire day to polish just the hands.

Hutter’s experience and knowledge allow her to understand every part of the process. One of the keys to success, she says, is communication—not just with employees but also with clients and retailers—and she is comfortable discussing the possibilities of what a watch could be from any perspective. The watch she is wearing when we meet—the Backpage—was itself first suggested by a client who marvelled at the handsome machinery usually concealed from view. The workings of the Backpage are displayed on its face—not a simple switch by any means, Hutter notes—requiring each part to be designed from scratch. It’s like seeing past the skin into the inner workings of the human body, and is perhaps the true embodiment of the love and passion Hutter has for these remarkable instruments.

“A mechanical movement in a watch is for me the most precise mechanical machine you will ever see,” she says. “You have to generate the power, you have to hold the power, and you need to regulate it to an incredible accuracy. Each day is 86,400 seconds, and a watch will lose no more than one or two seconds a day—that’s nothing. Each movement we make is an incredible achievement.” And that’s before you add sand.