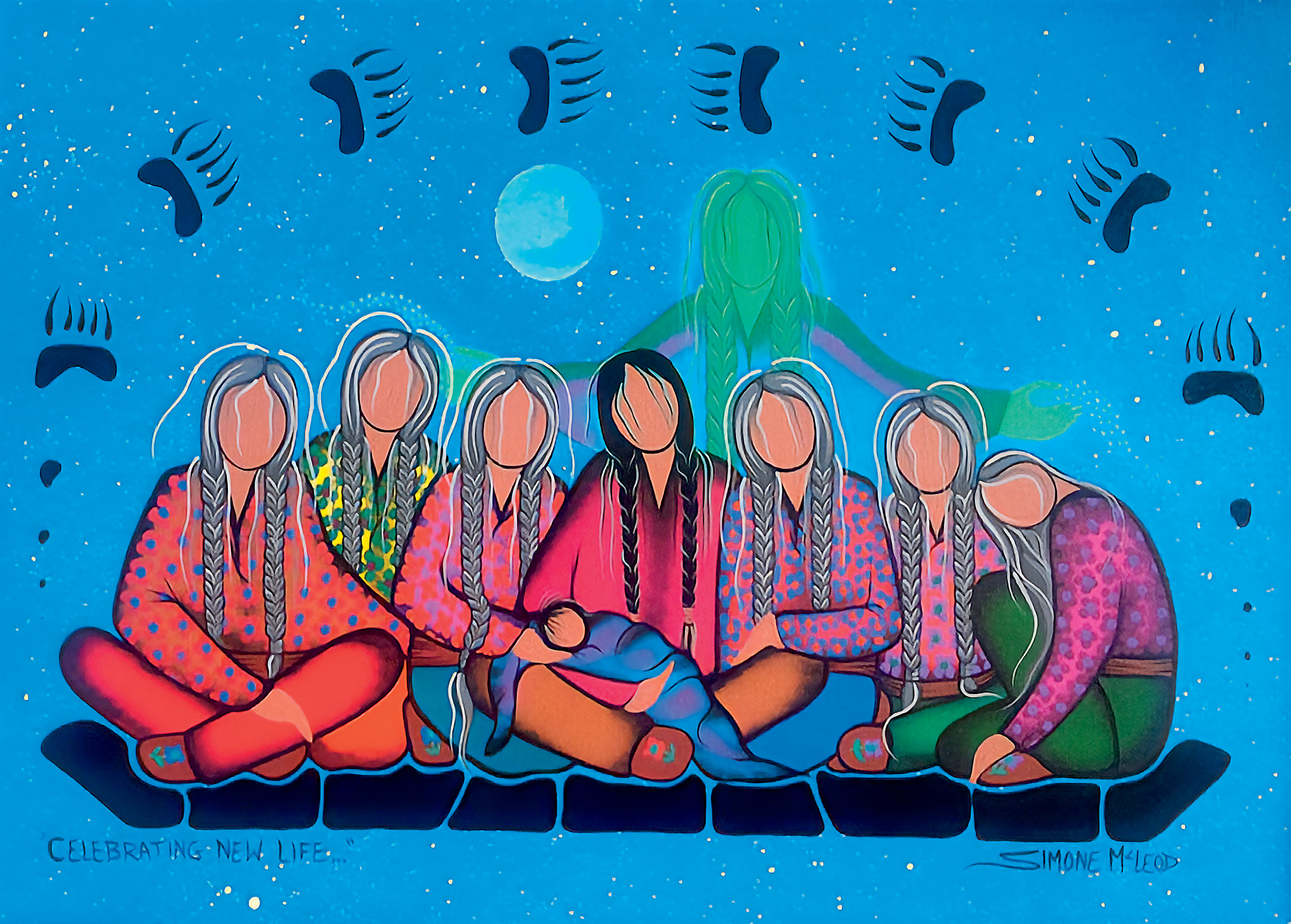 Simone A. McLeod says the first time she was sent a link to a website fraudulently selling her art work online, she felt violated and confused. The renowned Ojibway painter from the Pasqua First Nation in Saskatchewan couldn’t understand why her art was showing up on hats, cups, mugs, and even shower curtains—and someone else was making all the money.

The worst are the T-shirts, printed on cheap orange fabric, she says. She cried when she first held one in her hands. “I felt so guilty—the quality was so bad I felt like I should apologize. But someone else was stealing my pictures and the meaning of Orange Shirt Day.”

Part of a multibillion-dollar-per-year industry that mass-produces fraudulent Indigenous-themed items ranging from $3 fridge magnets to $20 earrings to forged carvings costing thousands of dollars, the orange shirts, which are being produced to capitalize on the National Day for Truth and Reconciliation, are just the latest way Indigenous art is being exploited. In 2019, an investigation by The Discourse showed that three-quarters of Vancouver’s tourist shops were selling what appeared to be knock-off arts and crafts “produced without any collaboration with Indigenous people.”

Keith Henry, president and CEO of the Indigenous Tourism Association of Canada (ITAC), says in a properly regulated market, objects like these would be reproduced from licensed work and the royalties would go to the artist. Instead, despite the demand for a full range of Indigenous-themed arts and crafts, only a few reputable manufacturers and designers, including B.C. companies Nations Creations, Native Northwest, and Chloë Angus, have stepped into the market void. Much of the stuff found in local tourist shops is produced by overseas companies that have no connection to the original Indigenous artist or local community. “You can’t fault them for making money. It’s legal. It’s up to our government to develop consumer laws to protect artists and consumers,” Henry says.

Indigenous artists spend a lifetime learning their skills. Far more than an art form, the work is a visible representation of cultural survival. “This is how we share who we are on our own terms,” Henry says. But rather than being protected, both artists and buyers are left to educate and fend for themselves. “Consumers want to buy local Indigenous art, but the law does nothing to help them find authentic pieces or to certify what they’ve bought is real,” he observes. 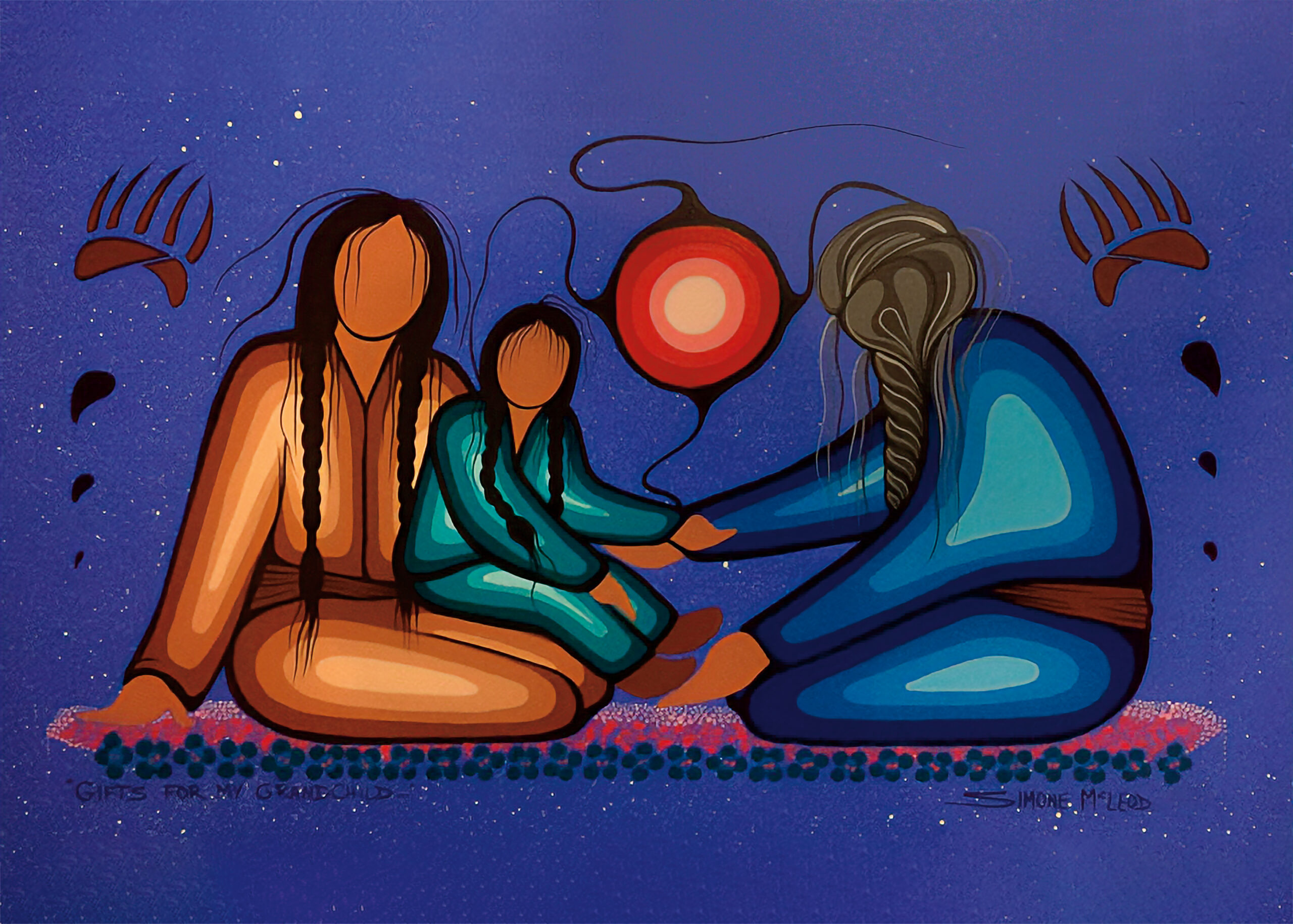 It’s not just the consumer who loses out. For McLeod, art was the path out of the depression caused by the intergenerational trauma of residential schools. “I started painting what I knew I’d missed out on in my childhood: families sitting together and caring for each other, whole communities involved with each other, a place where nobody feels left out,” she says. Her paintings, which often show faceless families lovingly clustered under the warmth of the sun, resonated with others. Over the past 25 years, her recognizable paintings of “little people,” as she calls them, became her way of spreading traditional healing. “I’ve had people come up to me on the street, crying because my art, these prayers, meant so much to them,” she says.

For Mcleod, the opportunity to fight back against the fraudsters came from an unexpected place. One day a non-Indigenous ally named Lucinda Turner reached out to her and offered to help with the online copies. Turner had stumbled into the fraudulent industry after the death of her carving partner, renowned Nisga’a artist and carver Norman Tait (1941-2016). When she was shown a fraudulent copy of one of Tait’s masks, she became concerned about his legacy. “Norman went to residential school. He spent his adult years relearning his culture—he travelled to museums around the world to study Nisga’a art and history,” she recalled in a conversation shortly before her death in July of this year. “The real mask probably took about three months to carve. Before that, he had to find the alder tree, work the wood, then slowly dry it. This takes time.”

As Turner dug deeper, she learned how widespread the problem was. Soon she was devoting her life to the cause, writing letters to politicians and beginning the Facebook group Fraudulent Native Art.

When Turner found items that copied or significantly replicated existing art, she taught herself and others to use the U.S. Digital Millennium Copyright Act (DMCA) to send take-down notices. So far, their whack-a-mole-like efforts have resulted in the removal of more than 1,000 items such as masks, T-shirts, bed covers, coffee cups, and pillows, as well as acknowledgement from one company (Redbubble), which is now implementing a proactive screening process. But Turner explained that Indigenous art, which survived disease, residential schools, and cultural devastation, is affected by these frauds, and artists like McLeod are frustrated and demoralized.

“Some of this fake stuff is just a mess,” Turner said. “Often imitators not trained in this art form will attempt the traditional designs of the Indigenous people of the Northwest Coast. The images are meaningless. People get the wrong idea about the skill of the artists and about this exquisite art form.” 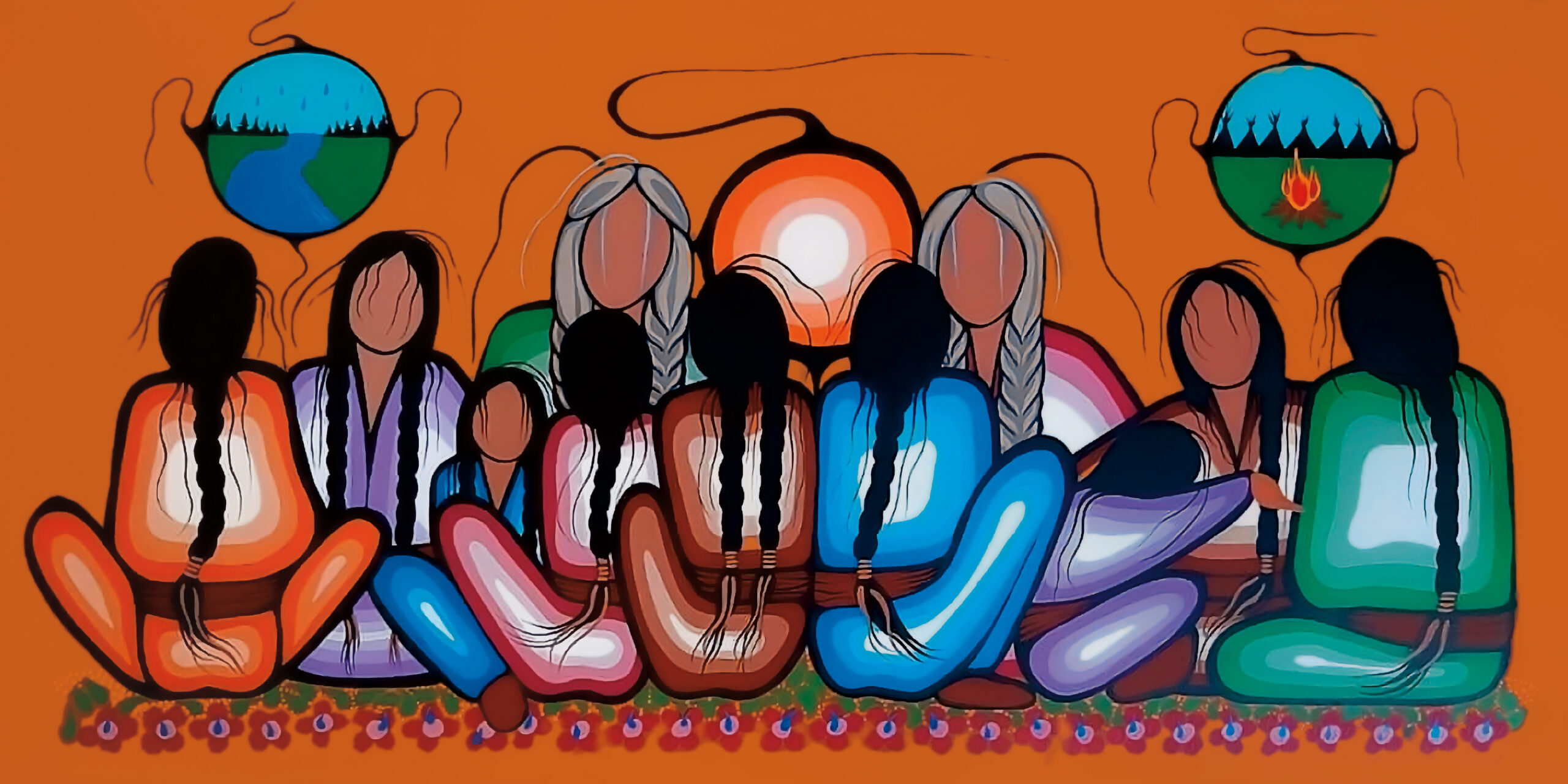 Purchase of each non-Indigenous piece takes money away from the community. She noted, “People want to buy Indigenous art. When they buy fakes, it’s not just stealing art and culture, it steals potential economic success.”

Canada isn’t alone in grappling with this problem. Indigenous communities around the world have their art appropriated for someone else’s benefit. Henry says this doesn’t mean it’s an impossible problem to solve. “The U.S. has the Indian Arts and Crafts Act. It’s illegal to sell fraudulent Indigenous art there,” he says. “It just takes political will.”

Until the government steps in, something Randy Boissonnault, federal Minister of Tourism, says he and Pablo Rodriguez, Minister of Canadian Heritage, have yet to discuss, it’s up to the consumer to do the extra work. Henry says the first step is to seek out a reputable seller and points to a nonexhaustive list on ITAC’s Buy Authentic website and social media channels. He also recommends connecting with Indigenous artisans on ITAC’s Destination Indigenous website. Beyond that, Turner encouraged shoppers to educate themselves and ask questions. Google the artist’s name and use reverse image search for the artwork.

“Pieces should be signed, and there should be a bio available,” she noted. “Then look at the wood, look at the paint, look at the quality of the piece.” These cultures spent thousands of years developing their art, she added. “It’s worth finding authentic pieces.”