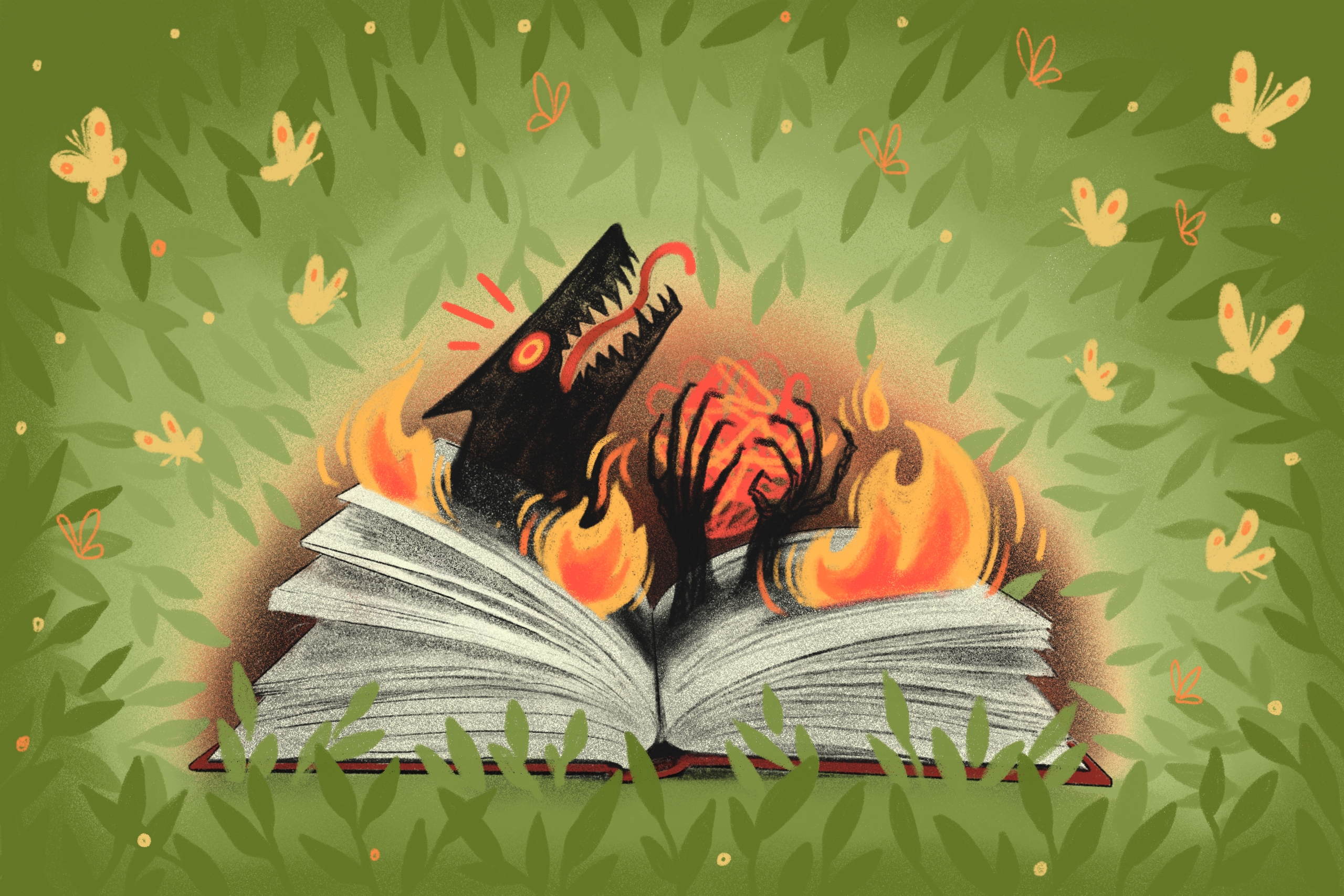 Without effort or direction, my mind has a tendency to wander to the worst places. It’s a burden I’ve spent decades working to alleviate—therapists, mindfulness, the whole gamut.

This might seem counterintuitive, but in the interest of mental health, over the last few years I began actively seeking these horrors: forcing myself to not just go there, but to stay there. Auschwitz. Treblinka. The ghetto. My family, nearly completely wiped out in a campaign of racialized hatred and industrial-level extermination. But not eliminated entirely. Because here I am.

I spent the first two years of the pandemic completing a book about intergenerational trauma and the Holocaust, a project I began picking away at in 2016 and writing in earnest a couple of years later. Really, though, it’s something I’ve been working on my whole life. My parents, Jews born in Poland, were survivors of the Holocaust.

My father, who was from Lodz, escaped his near-execution in the ghetto at Piotrków Trybunalski in 1942 thanks to his wits, a gold watch, and a greedy guard. He obtained false identification papers from a brave Polish official and that man’s kind wife. My father used those papers to travel into Germany, where he spent the rest of the war working on a farm, pretending to be a Catholic man named Tadek Rudnicki. For more than two years, not a single person would call him by his real name, Jacob Lederman.

My mother, who was from Radom, spent years in labour camps before being sent to Auschwitz in 1944, where, at 19, she spent three unspeakable months, at times teetering on the edge of death with typhus. Miraculously, she was transferred to a satellite camp of Buchenwald in Germany to make munitions for her enslavers. And on April 1, 1945, while on a death march to Bergen-Belsen, my mother was liberated by the U.S. army.

These are the bones of their stories. The details are excruciating. I, as their child, may have suffered some intergenerational effects of their trauma.

And so I began to research: the science, the studies, their lives. Yes, I had to research the lives of my own parents like some sort of history class project, because my mother and father are no longer alive and I did not ask them the questions I should have when they were. So I went to archives and other resource material. I read books and watched documentaries to learn about the circumstances they would have found themselves in. If I couldn’t ask my mother what it was like to be a prisoner in Auschwitz from August to November 1944, I could read about other people’s experiences there during that time period.

As I read and wrote about these horrors, sitting at my little IKEA desk at the window in my bedroom, I would look outside to remind myself where I was. I was home, in Vancouver. Safe.

In the winter, with the maple tree in front of my house stripped bare, I was gifted with a peek-a-boo view of the mountains. In the spring, I could track the blooming of the maple and its neighbours, their daily progress. I had never paid so much attention to the magnolia tree in my front yard, how the buds would appear one day and then slowly open and burst into a dance of pink—offering me the balm of beauty when I needed it so desperately. In the fall, the maple turned brown and orange and gold, slowly shedding its leaves. And then, the mountains again.

This view kept me company through many long, difficult hours of writing. I needed that company. At the end of a day with my head spent in crammed cattle cars en route to gas chambers, I could not decompress by meeting friends for a glass of wine or even have them over. We were in a pandemic. It wasn’t safe.

But I understood that some level of self-care was essential so I would not implode with the tragedy I was ingesting.

Taking my cues from the view outside my window, I went to nature. On the hardest days, if circumstances allowed, I took walks in the forest at Pacific Spirit Regional Park, along the Seawall—Yaletown, English Bay, Stanley Park. Across the Burrard Inlet, I trod the piers at Ambleside and Lonsdale Quay, looking across the water at my city. I rode my bike out to Kitsilano, watched people much younger than I am playing volleyball at the beach, families wading into the water, kids building with rocks and sticks and sand. I walked regularly to my neighbourhood paradise, Trout Lake at John Hendry Park, spent time with the willow trees, admired the ducks on the water, and smiled at the dogs running free.

At times, my mind still darted to the worst places. At the Kits Beach playground, watching the children run around carefree, I would think about Nazi-occupied Poland where my parents’ little brothers were prohibited from playing in the parks, while their non-Jewish friends—by that time, probably former friends—could continue to swing and slide. I would wander through Pacific Spirit or Lynn Valley amid the big trees and think of the Jews who were forced to hide in the forests of Europe, as partisans or simply on their own, trying to escape death. I would come across a cliff edge and an image of the massacres at the Babi Yar ravine in Ukraine—where tens of thousands of Jews were shot to death—would invade my brain. No effort, automatic.

I learned to shake it off, to force myself back to the present. To here, now. To this beautiful place I am blessed to call home. Yes, that sounds corny, cheesy; choose your adjective. But it’s true. Not just because of the mountains and the ocean and the cherry blossoms.

The real beauty of this place is that I am free to wander wherever I want. It is a place where nobody will ever force me out of my home because of my ethnicity; where my child will never be denied a trip down a slide because he is Jewish; where in order to survive, he will never have to change his name—Jacob Lederman. Where we live freely, and that is the most beautiful thing.

Marsha Lederman is the author of Kiss the Red Stairs: The Holocaust, Once Removed, published by Penguin Random House. Read more from our Summer 2022 issue.