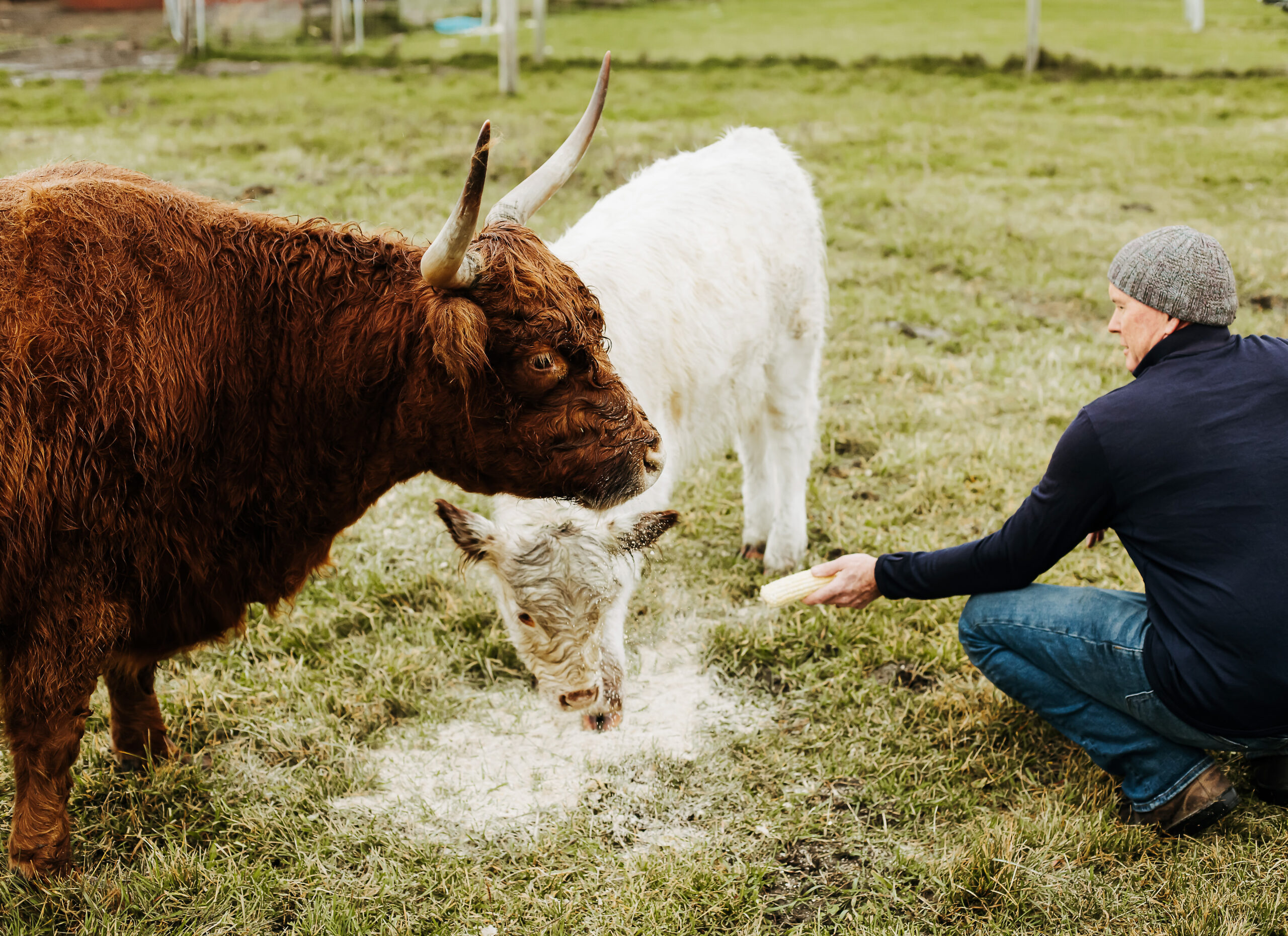 It’s a simple demonstration. Pour water on a dish of flour. Then pour water on a piece of bread. They have the same basic ingredients, but bread has been transformed by yeast, a living microorganism. Over flour, the water disperses and floods, while over bread, it’s soaked up and contained. This is the difference between degraded soil and living soil.

Gabrielle Bastien uses this illustration to show the power of healthy soil. As the co-director of Montreal-based Regeneration Canada, an organization she founded to bring awareness to regenerative farming, it’s just one way Bastien advocates for the soil. She also appears in a series of Soil Guardians videos, organizes the annual Living Soils Symposium, is vice-president of the international initiative “4 per 1000” that met at the recent UN Climate Change Conference in Glasgow (COP26), and has been named an emerging leader by Canada’s Clean 50, a seminal group of contributors to a cleaner economy.

Growing up in urban Montreal, Bastien had little experience with farming. Then, during her graduate studies, she worked an independent internship on a permaculture farm in Vermont where she literally dug into the dirt. She encountered pioneering organizations in the U.S., the Carbon Underground, and Kiss the Ground (a Netflix documentary of the same name is narrated by Woody Harrelson and features other celebrities). She learned just how degraded soils are, how this impacts the climate and resilience through water-retention capacity, and how regenerating these soils can help mitigate climate change, as well as ensure food security and nutrition.

“I just felt, whoa, this is not only a win, win, win that benefits everybody,” Bastien recalls, “but it’s also something nobody knows about and nobody’s talking about.”

The solution is so simple (soil!) that Bastien was compelled to spread the word in Canada. She started a grassroots initiative that culminated in the Living Soils Symposium. Some of the startling facts it has brought to light: 120,000 square kilometres of productive land (an area roughly the size of England) become barren every year due to desertification and drought; an increase of just 1 per cent in organic matter can help soils hold up to 75,000 litres more water per acre (like the yeast in that spongy bread); and land degradation is a large contributor to mass migration, with 1.6 billion people at risk of floods by 2050 (from water that can’t sink into the soil, like the flour).

With 400 participants from as far as Uruguay and Hong Kong, the symposium was the impetus to form Regeneration Canada. “We were the first national nonprofit to focus our mission entirely on promoting soil—the health of soil—as a climate solution. It was pretty novel back then,” Bastien says. That was in 2017, and now the organization is pushing soil awareness further with last year’s launch of a regenerative farm map. 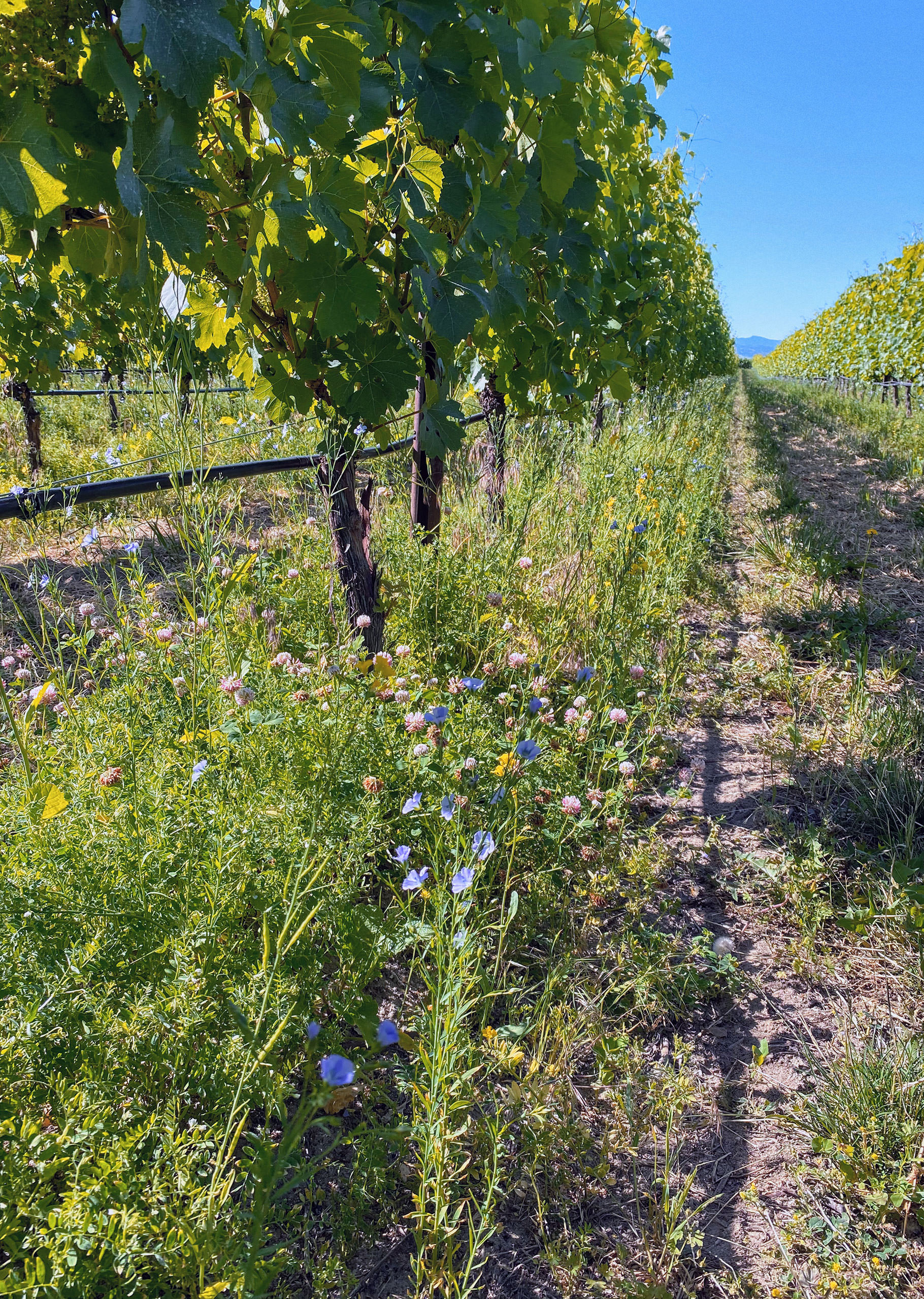 Covert Farms Family Estate in Oliver is one of 13 B.C. members on the map. Gene Covert has been practising regenerative farming for five years now, calling it the “missing piece,” even though his winery has been organic for more than 16 years. “Regenerative farming is a lot easier to explain to people than all the nuances of organic farming or biodynamics,” Covert says, and it’s more inclusive. “It doesn’t matter whether you’re farming soybeans or a vineyard or cows in the middle of the New Mexico desert,” he observes. “You can do it in the jungle. You can do it on a mountaintop in the Himalayas.”

Besides grape varietals (and some other 40 fruits and vegetables), there’s a kaleidoscope of plants under vines at Covert Farms, from cool-season legumes (lentils) to warm-season grass (teff). And although the winery is certified organic, Covert says conventional farms can also be regenerative: “It’s less about not doing things and more about what you can do to build soil health and a healthier ecosystem.” The key is to foster soil with “crumb to it.” Carbon is captured through plant photosynthesis and injected into the soil as nutrients that feed microbes. This interplay sequesters carbon in soil (the ultimate carbon sink) and spurs more microbial and fungal activity to create that crumby structure. Chocolate cake, Covert calls it. By capturing enough carbon to “create the sponge” of airy cake (like Bastien’s bread), Covert’s farm could eventually reduce irrigation for the grapevines to near zero—in a desert landscape his grandfather was once ridiculed for cultivating.

Covert Farms is now an award-winning certified-organic, biodynamic, and regenerative vineyard, but when Covert’s grandfather, a tomato farmer from California, started it in 1959 it looked like a beach. A photo caption from a newspaper clipping at the time reads: “People laughed when George Covert bought the desert-like piece of land.” Covert believes “what we call natural landscapes in the south Okanagan are degraded landscapes from when the initial cattle drives came through during the gold rushes.” That sandy plateau has been “retriggered” with reduced tillage, cover crops, and livestock (“super mellow” Scottish Highland and Speckle Park cattle, a hardy Canadian breed developed in the 1950s) that roam free in the vine rows and deposit microbial communities nurtured in their digestive systems.

“We haven’t applied compost in the vineyards since we switched over to regenerative farming,” Covert says. And boosting soil health has other boons, from vastly reducing production costs (less water, less synthetic pesticides and fertilizers) to increasing crop resiliency. Enhancing the soil ecosystem and restoring its biology worldwide could greatly alleviate current trends of degradation in soil, water, and air quality.

Across Canada, producers on the regenerative farm map range from wineries like Covert Farms to bison ranches and apiaries. Members have embraced their diversity with innovative projects, such as the collaboration of a rancher who says flannel is his armour, a sheep farmer, and a weaver that resulted in a 50-year durable flannel shirt made of Canadian wool. Regeneration Canada’s mission is to create “spaces for farmers, landowners, scientists, agronomists, businesses, community organizations, governments, and citizens to learn, connect and take action to regenerate soils.” The farm map is one of those spaces, where consumer and farmer can meet, at least virtually. Although there are existing regenerative certification programs, they are not yet widespread, so Bastien wants the map to forge a link between citizens and regenerative farmers like Covert. 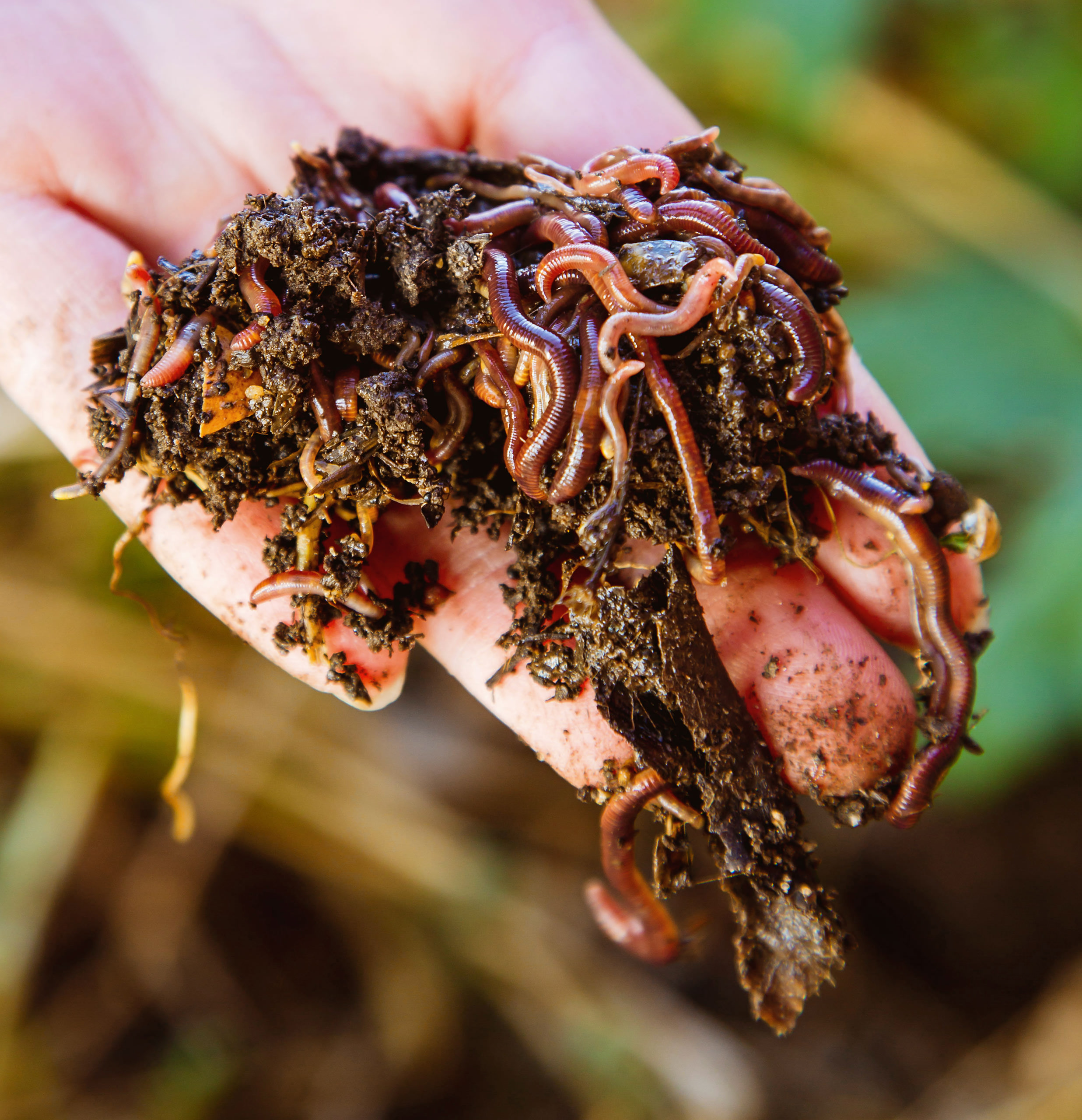 A healthy biome living in the soil creates the “chocolate cake” texture unique to regenerative farming.

Brianne Miller uses the map to search for suppliers to stock Nada, her carbon-negative, package-free grocery store in Vancouver. As a marine biologist, Miller had seen incredibly remote and otherwise pristine field sites littered in plastic, and connected the dots between the health of oceans and agriculture and food systems. Dead zones—areas of the ocean that are hypoxic—are a direct result of industrial agriculture. They are primarily caused by excess nutrients running off land and into the ocean creating algal blooms, she explains.

She also saw the effects from noise pollution from big container ships transporting food across the globe. She opened Nada to provide a tangible solution to the plastic pollution problem, and it now brings a more holistic approach to the food-supply chain. “We are a certified B Corp,” she notes. “We value transparent sourcing and do our best to source locally, organically, and regeneratively.” Looking for suppliers, she came across the farm map.

Now she’s on Regeneration Canada’s board and an advocate of the map’s potential as a multipronged “connector between consumers and growers and suppliers,” as well as food processors, manufacturers, and raw-ingredient suppliers. It’s the ethos that led Nada to become a benefit corporation. As Miller says, “It essentially means that you are incorporated to do good.”

This could also describe what regenerative farming does. In Miller’s words, “It’s agriculture that is leaving the land in better shape than what it’s currently in. You’re improving the quality of the soil and the ecosystem and the biodiversity through farming. It’s actually regenerating.” She also points out that, although this may seem like a new movement, it’s been part of Indigenous knowledge since time immemorial. “Indigenous peoples have been growing and taking care of land this way for thousands of years.”

As Bastien, Covert, and Miller all touch on, inclusivity is inherent to regenerative farming—reconnecting ecosystems on the farm, bringing together consumers and producers in the grocery store, and cultivating a movement and network of support. It’s also in the soil, where those microbial communities commingle. Bastien cups her palm: “In a handful of soil, there are more microorganisms than there are humans on the planet.” The solution is in our hands—and just beneath our feet.