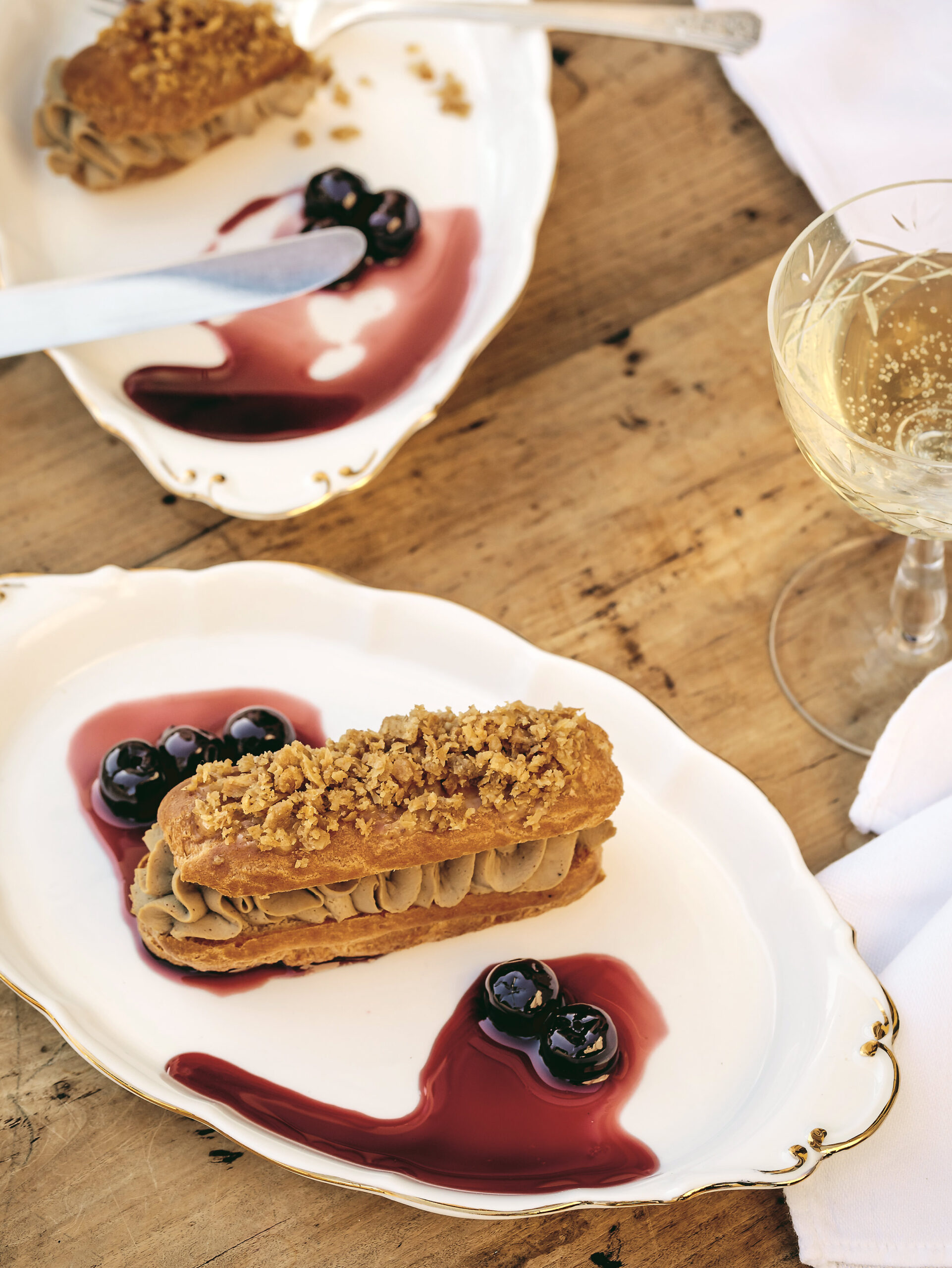 A duck liver mousse éclair is set down in front of me. It looks simple—velvety foie gras mousse piped into a delicate choux pastry shell served on a pool of dark glossy red wine sauce—but its execution is anything but. The crispness of the pastry provides the perfect foil to the smooth, soft mousse, Périgord cherries and maple glaze add sweetness, and the rich, savoury sauce brings it all together. It is a showpiece of cooking: text and subtext in one bite.

It has, it turns out, been awhile since I first tasted this dish created by chef and owner J-C Poirier at his Vancouver restaurant, St. Lawrence. The announcement of a menu of greatest hits to celebrate the establishment’s fifth anniversary is also accompanied by the release, this autumn, of the St. Lawrence cookbook. I have been a regular here since Poirier first opened the doors. The balance he creates between a vital contemporary energy and his respect for old-world techniques resonates deeply with me.

But Poirier’s initial plan, he tells me, was to create a simple Parisian-style bistro. Perhaps I shouldn’t be surprised—after all, he already did the same for Italian food at Ask For Luigi and Pizzeria Farina. Still, this chef’s culinary resume includes Montreal’s acclaimed Toqué!, several years at Vancouver’s once-famed fine dining room Lumière (under Rob Feenie and Marc-Andre Choquette), and a brilliant display of his own cooking creativity at the sadly short-lived Chow on South Granville. And once word got out that he had a French restaurant in the works, expectations were, he says, sky high. “Even before it opened, people were very excited,” he recalls. “That’s great, but it’s also a lot of pressure. People were expecting something more grandiose than a bistro from me.” 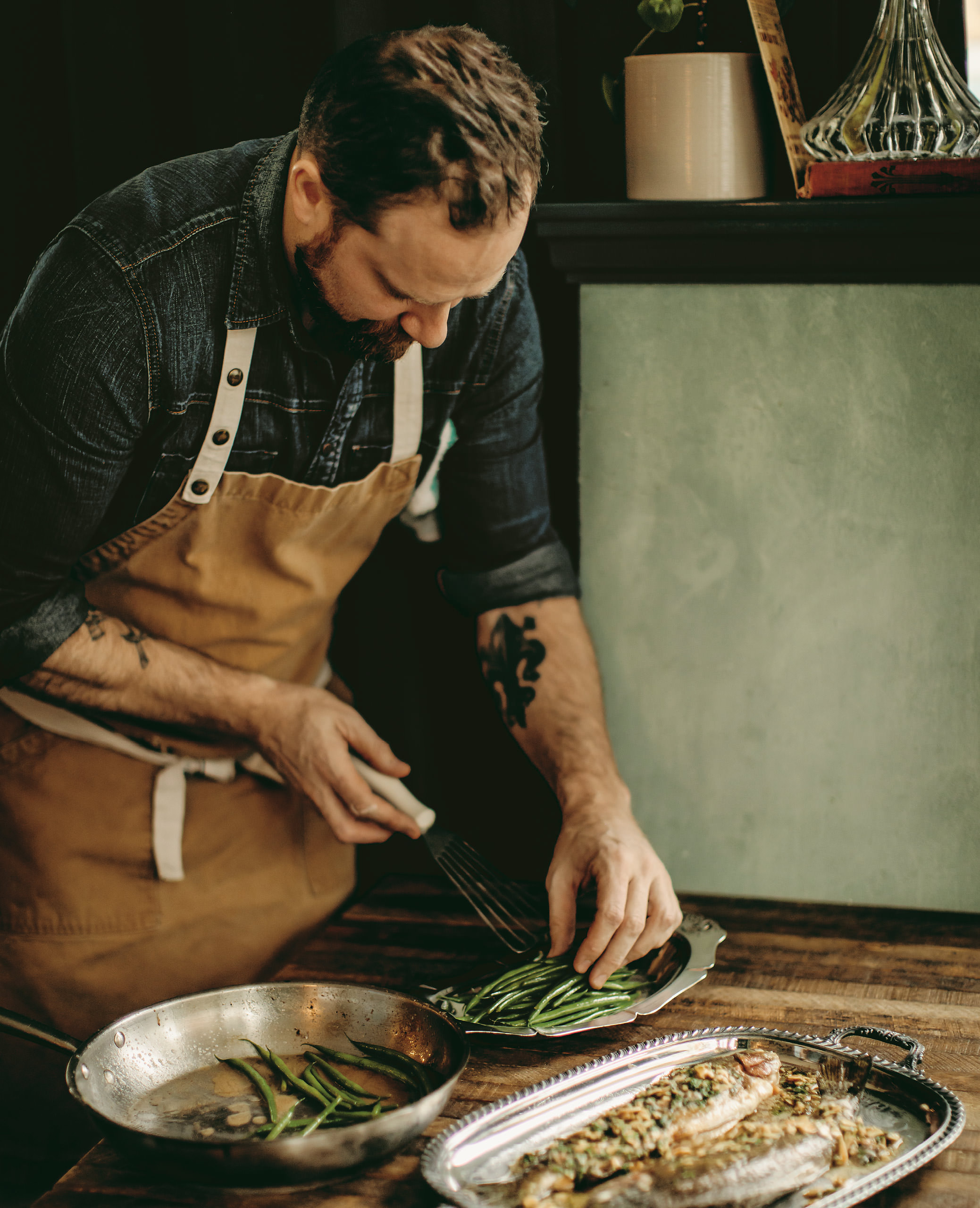 He reevaluated, drawing on his Quebec roots to create a more ambitious menu. Right out of the gate, easygoing Québécois classics were evolved into dishes approaching fine dining (I still dream of the glorious venison tourtière). This was the only restaurant on the West Coast with such a strong affinity for Quebec cuisine, and many of his early customers were Montreal expats (including some living in the U.S.) who hungered for the flavours of home. But the rest of us can perhaps be forgiven for interpreting the menu as Quebec dishes prepared through the tradition of classic French cuisine.

Indeed, Poirier’s business survived the pandemic by highlighting classic and regional dishes from France to keep diners engaged in his fledgling restaurant—an easier sell. But the existential shock of that early lockdown period also forced him to take stock and focus on what was truly important to him. “It made me realize that I am not French from France but French from Quebec,” he explains. “I want St. Lawrence to be authentic and be a reflection of myself and my career—of what I like to cook and eat.” The menu has since firmly pivoted back to celebrating Quebec, a sign of Poirier embracing his true passion.

“You need to look into your past to create authentic feelings that touch your customers,” he insists. “Find things from your childhood that are meaningful to you.” Nevertheless, he says British Columbia is now home for him and his young family, and there are no plans to return to Quebec or to start any large-scale projects. A win-win for those of us who also call this city home—Vancouver is energized by people who bring with them knowledge and passion, who could find success anywhere in the world and yet make their lives here. 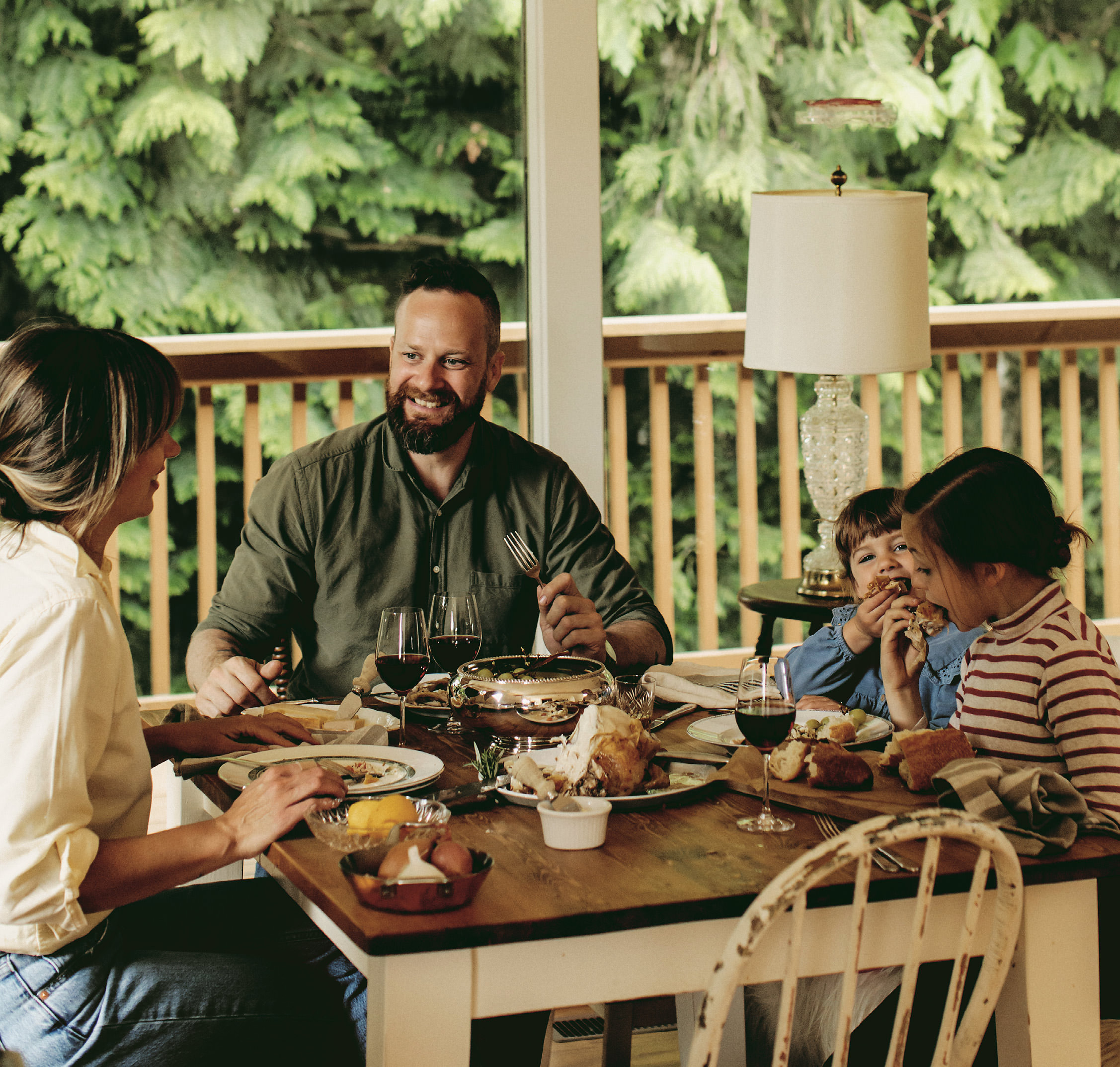 When dine-in restrictions were lifted, one of the first things I did was make a reservation at St. Lawrence and order the duck liver mousse éclair. It was exactly as I remembered. Poirier says it was on the menu from day one to make a statement about Québécois cooking—unapologetic playfulness with classic French techniques.

“It reads visually as a dessert,” he notes. “But it’s salty, sweet, tangy—a fun dish.” And fun is something this chef believes Vancouverites could use a bit more of. “People here are very health-conscious, and I see they can get scared by a big meal,” he says. “But they should just enjoy the party. You may be hungover the next day, but you will want to party again.”

Where the River Narrows (Appetite by Random House) is in stores November 8. Read more from our Autumn 2022 issue.