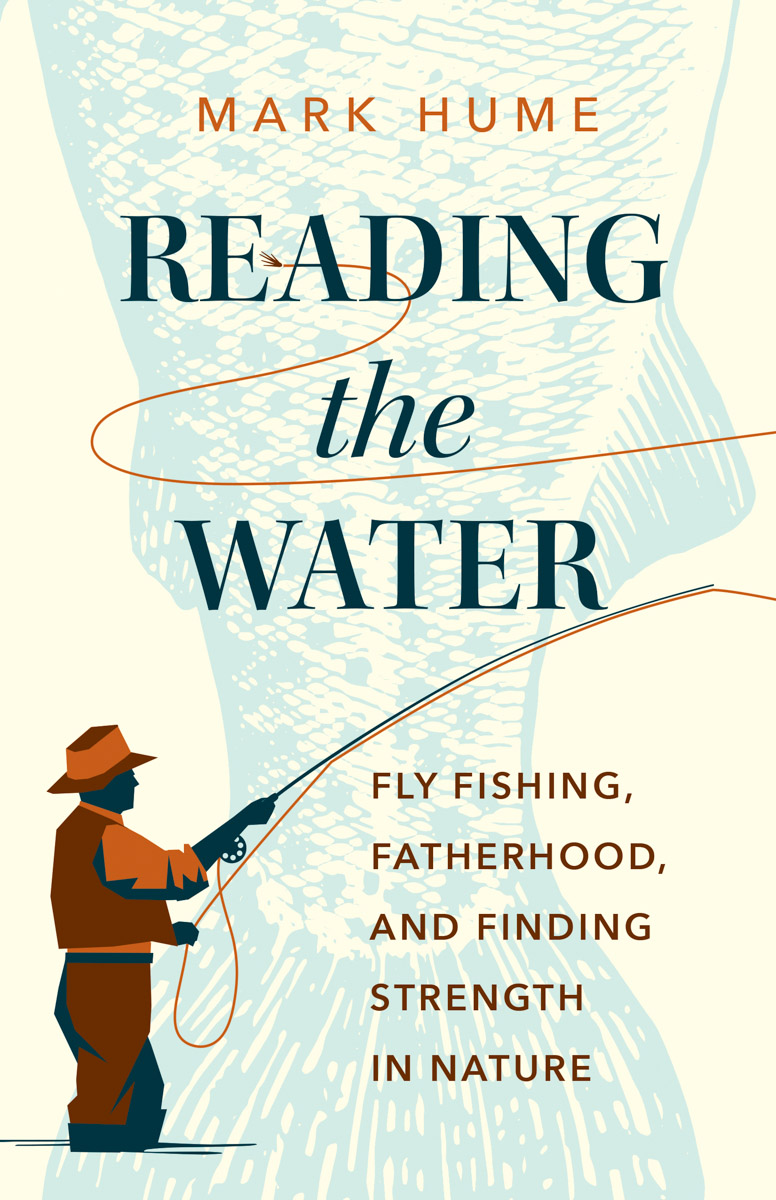 Excerpted and adapted from Reading the Water: Fly Fishing, Fatherhood, and Finding Strength in Nature by Mark Hume, published by Greystone Books, available May 2022.

As we talked, we drove to the river and walked through the forest, on the path I’d dreamed about. I hoped the salmon would still be there and that I would be strong enough to feel comfortable wading deep in the big river.

We went through a grove of old-growth cedars, and just before reaching the river, we hit thickets of alder. One of the skills you have to learn as a fly fisher is how to walk through tangled brush while carrying a nine-foot rod. I threaded my way through the branches, and my daughters followed without pausing, without getting their rods or lines caught in branches. It reminded me of being a boy, crawling through the bush along Penticton Creek.

We emerged on the river right where the current had earlier swung my fly into the path of migrating salmon.

“I wonder if the fish are still here,” I said.

Rivers are always changing; salmon shift on a whim, water levels rise or fall, and places that should hold fish suddenly become empty. So every time you come to the river, the search begins again.

“Cast into that little bucket of water behind that rock,” I said.

Emma made a quick cast, and a moment after her fly landed, she hooked a bright silver salmon. It led her down the pool, fighting all the way until she landed it. Then Claire stepped into the river, unfurled her line, and did the same thing. The salmon jumped and ran, and she ran after it until it tired and came to hand.

That day the river opened itself to them. They weren’t standing outside nature; they were part of it, waist-deep in it, with glacial grey water streaming around them, the sky bowing above and salmon charging to take their flies. But after they had taken several salmon, their flies began to swing through the pool untouched.

“There are still fish in there,” I said. “But they have been put down by all the commotion. We need to leave them now. Upstream there is a long run where I saw a big school. The fish were jammed together, but I couldn’t wade deep enough to reach them. Let’s give it a try.”

We followed the path, and when we came out of the woods, Emma and Claire stood on the gravel bar, looking at the river, seeing how it was folded into seams and how the salmon were lying far out against the main current. They read the water, then waded in as deep as they could, going deeper than I had gone last time. I stood back and watched. Their first few casts fell short. But they stretched out their lines and soon both were into fish. Both salmon jumped free, going high in the air and spinning away. A few casts later, both were hooked up again; salmon were crashing after their flies, taking hard and running with the strong current.

My daughters teased one another when they were playing fish. It added to the challenge.

“Just land it already,” Emma said as Claire struggled with one salmon. She had fought it to the shore, only to have it turn at the last moment and run far out into the river again. It found heavy water in the main current and peeled off line.

“I can’t get the line in. I only lift five-pound weights in my workouts,” Claire said, her rod bending against the salmon, which was still surging away from her.

For a long time the fish was winning; it was too strong for Claire to stop. But she persisted, and the drag slowly wore the salmon down. Then the fish hesitated, throbbing in the current, and Claire applied pressure, wading backward toward shore, pulling the salmon with her, turning it out of the main river. A few minutes later, the salmon wallowed in the shallows near her feet—but just as I got up to help land it, the hook pulled free. The salmon splashed as it escaped back to the finning school. Claire sat down in the water, her arms held up in disbelief. Such a long fight and no fish to show for it. Emma groaned.

“Played it too long,” Claire said, and they both laughed.

I stood on the gravel bar, watching them cast over the roiling water where salmon backs broke the surface steadily. The two young women cast smoothly, mended their lines, and got lost in the rhythm, until a salmon grabbed their fly. The fish were big and strong and fresh from the sea, and through good fortune and knowledge born from years on the water, we had come to the river as the run passed. We had stepped perfectly into nature’s movement.

After a few hours, the salmon stopped hitting. Then just as we were about to quit, Emma hooked one last fish and played it expertly. Claire helped her land it, grasping it just above the tail and pulling it to shore.

“I want to keep this one for dinner with friends tonight,” Emma said.

We carried the silver-and-grey salmon up onto the bank. It was the colour of glacial ice. I struck it once with a piece of driftwood, and the fish lay still. Emma gutted it beside the river, splashing water up on the shore to wash the stones stained with blood. Where the salmon ended its life, the wet stones shone with fish scales that sparkled like flecks of minerals, like stars.

Emma washed her hands in the river before we left, the last blood drifting away in the current: this was ablution.

We sat for a moment, just listening to the river rustling past. It sounded like Claire’s ballerina dress when she danced pirouettes as a girl, spinning and spinning without getting dizzy. I had been thinking of death while I walked the trail that day, not in a fearful or melancholic way, just considering its reality, turning it over in my mind. Accepting it. It had come close with cancer; it had reached out and brushed my face, then passed by, leaving me alive, if diminished. Maybe it would come again, but I felt fortunate to be out on the water and to be as close to my daughters as I had ever been. Perhaps closer, now that they were grown and my equals in every way. Heading back up the trail, Emma carried her salmon, and I felt we had accomplished a lot more than just a good catch that day. We had gone looking for fish and had found something else, a reaffirmation of a connected life.

And joy, of course. 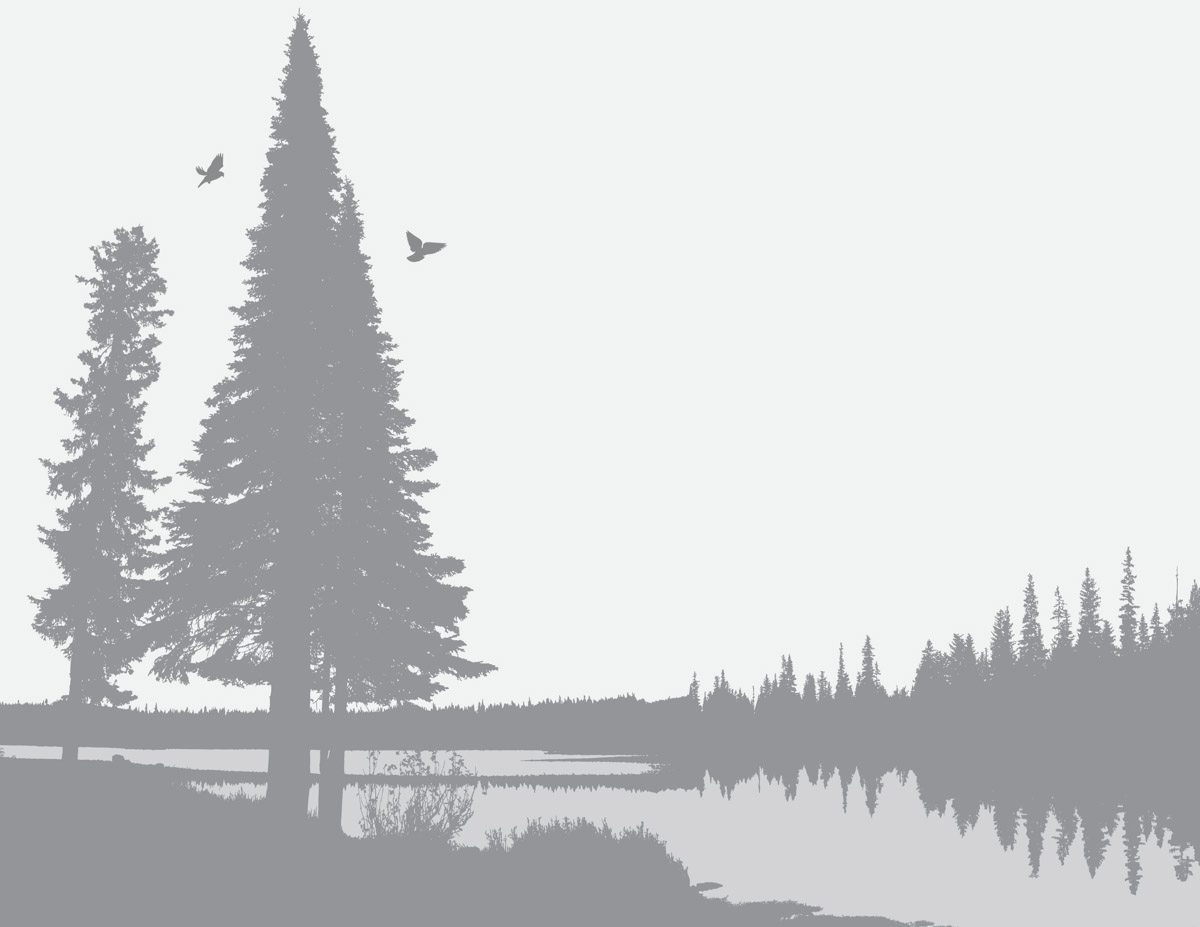