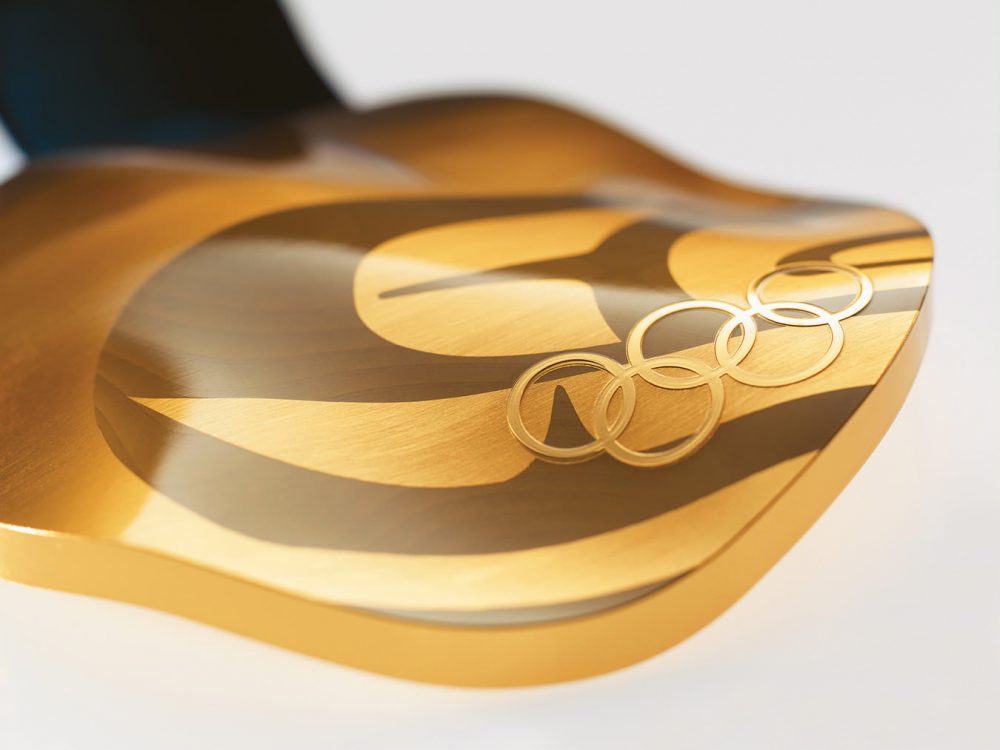 How long does it take to strike 2.05 kilograms of gold, 1,950 kilograms of silver and 903 kilograms of copper into more than 1,000 medals? It is a textbook-worthy equation and, in this case, the Royal Canadian Mint has already crunched the numbers. For the 2010 Olympic Winter Games, the physical production of 1,014 medallions took a full five months, while the collaborative design process between two Vancouver-based artists took two years.

Industrial designer Omer Arbel masterminded the weighty design—and in fact these medals are amongst the heaviest in Olympic and Paralympic history. With his vast knowledge of materials and fabrication processes, Arbel created medals with undulating surfaces, symbolic of British Columbia’s mixed terrain of mountain ranges, ocean and snow. Aboriginal artist Corrine Hunt chose an orca motif for the Olympic medals and a raven for the Paralympic medals; the designs are all hand-cropped from one of her two master artworks and lasered on with a wood-grain effect. And so, like patches in a quilt, each medal is completely unique. Destined to hang from the necks of the world’s top, one-of-a-kind athletes, the concept, and the medal, is a perfect fit.